Breaking News
Home / Comment / Labour And The Left Simply Do Not ‘Get’ Patriotism, And Their Patron Saints Holiday Proposal Proves It

Labour And The Left Simply Do Not ‘Get’ Patriotism, And Their Patron Saints Holiday Proposal Proves It The Labour Party and the British Left in general just don’t get it. With the honourable exception of a few Cassandra-like voices warning that the Left must learn to re-embrace patriotism in order to reconnect with millions of lost voters, most on the Left seem intent on screeching “multiculturalism” at the top of their lungs until the United Kingdom (and even its constituent parts) are nothing more than historic entries in an encyclopaedia.

A Labour government will seek to create four new UK-wide bank holidays on the patron saint’s day of each of the home nations, Jeremy Corbyn has announced.

The Labour leader said the move would bring together England, Scotland, Wales and Northern Ireland, while giving workers a well-deserved break.

“The four nations that make up our great country have rarely been more divided due to the damaging and divisive policies of this Conservative Government,” Corbyn said.

“But where Theresa May divides, Labour will unite our four nations. A Labour government will make St George’s Day – England’s national day and Shakespeare’s birthday – a public holiday, along with St David’s Day, St Andrew’s Day and St Patrick’s Day.”

This is the kind of idiotic idea that could only come from a leader, a party and a political movement which have so lost touch with the idea of what patriotism and national identity mean that they can communicate only in meaningless grunts and gestures, like a parrot mimicking speech without understanding the language. Or perhaps an elephant painting with its trunk.

Right now there is a problem with British national identity, inasmuch as it is increasingly missing from the people who are supposed to possess it. Why is this the case? Well, try the fact that our schools fail to teach students a balanced, cohesive and chronological history of their own country, while any attempts to teach citizenship or civics tend to degrade into leftist agitprop pushed by an almost universally left-wing corps of teachers.

Try the fact that national pride and British exceptionalism had become so embarrassing, gauche and ultimately rare among the left-wing establishment that whole explanatory articles were written explaining to people the peculiar warm, fuzzy and hitherto-unknown feeling they felt in their chests when London hosted the 2012 Olympics.

Try the fact that we just went through a bruising EU referendum in which the Remain campaign spent nearly all their time talking – against all available evidence – about what a small, puny and ineffective country we are compared to the swaggering might of, say, Malaysia or Norway.

Try the fact that Scotland has taken the decision to transform itself into a one-party SNP state despite that party’s jackboot authoritarianism and mind-boggling incompetence at governing, while agitating for independence every three years in the hope that certain childlike adults dwelling there might be better protected from the Evil Tor-ees in England, thus further fraying the bonds of our union.

Or the fact that for decades now, leftists have been insisting that we must observe, celebrate and even exaggerate the smallest of our cultural differences rather than celebrate and strengthen the bonds which unite us. Because multiculturalism.

And now that Brexit has given them a scare, Scottish secessionism refuses to die back down to the angry grumblings of the 1990s and 2000s, English nationalism is increasingly demanding acknowledgement and policemen are being killed at the gates of Parliament by homegrown terrorists, these wise mavens of the Left have decided that just maybe it might be worth throwing patriotism a bone after all. Not because of a sincere rethink of their worldview but because someone at Labour HQ thought it would make a good campaign gimmick and a way to garner positive headlines on St George’s Day.

Unfortunately, Labour’s inexplicable response to the challenges we face is to propose the creation of four new public holidays, saints days, which would further emphasise the separateness and uniqueness of the home nations rather than drawing us together in a common celebration of what we have achieved and will achieve together as a single United Kingdom.

One might think that the Left would instinctively realise that in our increasingly secular age, putting the focus of our national identity and patriotism on historical religious figures otherwise unacknowledged by non-Christians is not the smartest pull factor among subpopulations which have until now been encouraged to do their own thing in terms of integrating or not integrating with wider British society. As a Catholic, the saints and their lives have meaning to me. For millions of others, they do not.

Martin Luther King Jr. Day, President’s Day and Independence Day have meaning for all Americans because they are rooted in shared history, not in waning faith. I know that the Left often like to talk down Britain and our substantial contributions in world commerce, arts, sciences, culture and diplomacy, but I’m sure that if they scratched their heads they might find something in the last few centuries of our national story worth elevating as a day in which all Britons can be proud (but please, not the Fifth of July).

Now, there’s nothing wrong with celebrating the unique histories, culture and achievements of our four home nations, and indeed we should do so more often. But too often this comes at the expense of celebrating British or UK-wide identity. As this blog has long argued, what we need more than anything is a single day to celebrate our entire United Kingdom, along the lines of France’s Bastille Day or America’s Independence Day.

And this should be backed by a myriad of other policies and gestures, large and small, which together might serve to nurture a positive sense of British identity around which we can all gather – regardless of ethnicity, colour, national origin, gender or any other grouping.

Some ideas that come to mind: a daily or weekly pledge recited by pupils at public schools; a return to playing the national anthem before top flight (and even lower level) sporting events, rather than reserving such gestures for the FA Cup final; continuing the investment in Team GB at the Olympic games and then celebrating their achievements back home after the fact; doing more to honour the armed forces and others who serve in uniform, both in public life and by encouraging businesses to acknowledge, reward and employ veterans; expanding on the National Citizen Service scheme, one of the few positive legacies from the Cameron government. I’m sure there are a thousand other, better ideas to be added to this list.

Instituting four new public holidays where the British people take the day off from work at significant cost to the economy, just to dwell on the fact that we are four rather than one people, is not the answer. One can’t even call it stupid – it is more the product of politicians who have so lost touch with the idea and importance of patriotism and national identity that they are no longer able to engage in sensible policy discussion on the matter. Rather than criticise Jeremy Corbyn and the Labour Party for this cack-handed policy suggestion, one pities the limitations to their thinking.

You don’t unite and strengthen a fraying union by chopping it even more firmly into four parts and then frantically celebrating the differences. And though the word “diversity” is almost branded into the minds of many leftists as an unquestionably good thing, Jeremy Corbyn, the Labour Party and the British Left in general would do much better to reflect instead on the far more inspiring words “E Pluribus Unum”. 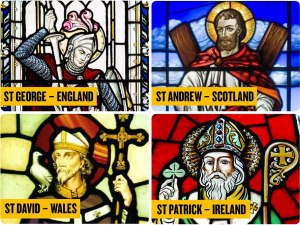 This post was originally published by the author on his personal blog: https://semipartisansam.com/2017/04/25/labour-and-the-left-simply-do-not-get-patriotism-and-their-patron-saints-holiday-proposal-proves-it/

Sam Hooper is a former management consultant turned political commentator, currently living in London with his Texan wife. Sam can usually be found somewhere online, droning on about politics, free markets, civil liberties, classical liberalism and classical music. Sam is a proud conservatarian, blogs at http://semipartisansam.com and tweets @SamHooper.
Previous A united voted for a United Kingdom
Next Labour Election Lies about the Economy