Unlike the vast publicity given to the sharp, but relatively small, fall in the pound after the EU Referendum, the recent recovery of the pound has had little mention.

The graph below charts this recovery: 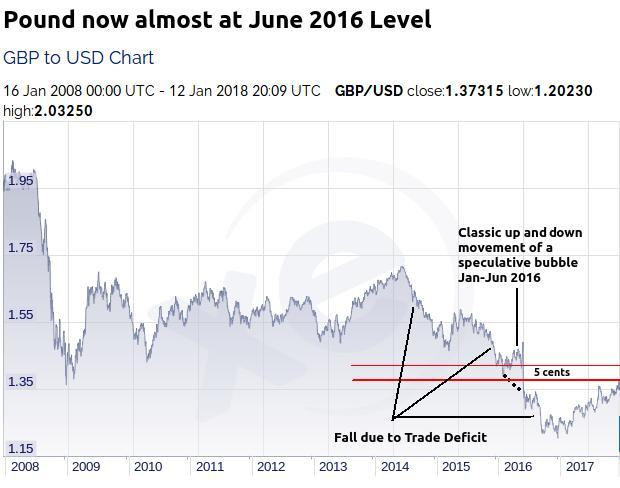 You can check this graph for yourself at XE.COM, a major commercial currency and foreign exchange site.

The pound fell from 2014 to the beginning of 2017 because of the huge UK trade deficit. Around January to June 2016 there was a speculative bubble where gamblers bought pounds – clearly in expectation of a Remain win – which caused a gain in the value of the pound then sold them the day after the referendum causing all the gains to be suddenly wiped out.  This sudden sale of pounds was impressed on an already falling pound.  The resulting, relatively small, but very sharp fall in the pound had Remain supporters cheering. 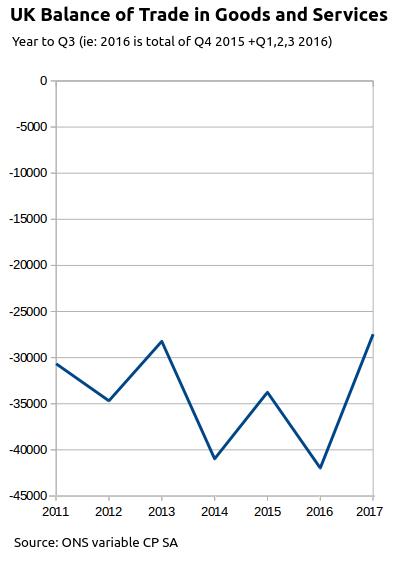 Over the past year the Trade Deficit is much reduced and the value of the pound is recovering.

The deficit with the EU is a national economic emergency and is instrumental in the Austerity currently being imposed by the government – see  Austerity due to EU-UK trade deficit.  As the graph below shows, the Trade Deficit is largely due to Single Market membership. 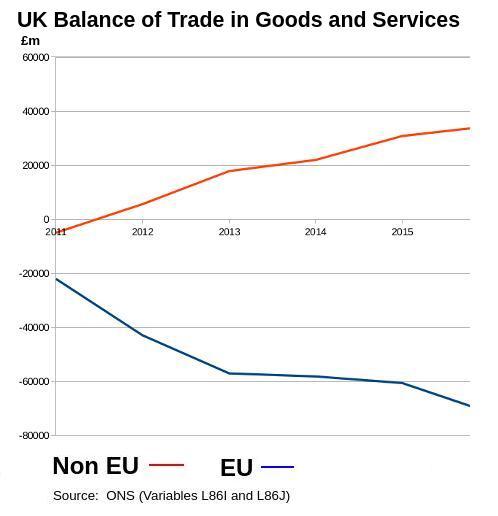 The Trade Deficit with the EU directly reduces UK GDP by over 4%.  A very large burden for the UK economy and equivalent to about 75% of the entire NHS Budget.

This post was originally published by the author on his personal blog: http://pol-check.blogspot.com/2018/01/pound-recovers.html

Dr John Sydenham has worked in International Pharmaceuticals and for one of the "big four" International Consultancies. He ran a successful company for 15 years and after selling the company devotes his time to travel, science, black labradors and freedom.
Previous The False Allure Of A Second EU Referendum
Next It’s a no-brainer: children should sing the national anthem