Are you scared yet?

I find the coverage of United States politics in Britain very strange. Why are we all so interested? Most Americans are fairly clueless about the details of British politics. They might know who the Prime Minister is, but beyond that it all gets rather hazy. Then again I remember meeting Californians who weren’t quite sure where Vermont was. I don’t point this out as any sort of criticism. I can’t name more than one city in Slovenia and I doubt that I could spell it.

Why so much news coverage about American elections? Again compare and contrast the coverage of elections anywhere else. If you asked the average Brit to name the leaders of European Union countries how many do you think they could manage? If you can get more than five, you’re a better man than I am Gunga Din.

But I can easily name all the US Presidents since World War Two and quite a few before it. Of course there is a reason for this. The United States has far more influence over our history in recent times than any other country. We could defend our island in 1940 with the help of those few allies who could get here to help our defence, but we had no chance whatsoever of defeating Germany on our own. Without American involvement in World War Two who could have prevented Soviet forces from liberating not merely Warsaw and Berlin, but Paris and London too?

It is for this reason that US foreign policy matters to us in a way that Luxembourg’s foreign policy doesn’t. The problem is that the USA and the West in general is losing its way in terms of foreign policy. In 1991 the world looked to have turned a corner. We could look forward to peace and prosperity. We could weep because there were no more worlds to conquer, no more battles to fight. How’s that end to history working out for you?

Until the end of the Cold War we thought clearly about our objectives and thought strategically. What can we do to protect our interests, what can we do to make the world safer and less likely to blow up in our face. This was 19th century “Realpolitik”. It is a form of rational self-interest. What is in the UK’s interest? What maintains the balance of power? What heightens our influence, what diminishes it? What is risky, what is safe?

Of course Realpolitik did not end well. Great power diplomacy ends up with 1914. But this is really a failure of prediction. No-one in 1914 guessed the consequences of their actions. But we don’t have this excuse. We don’t need to guess. We know.

Strategically the West faces two major threats, Russia and Islamic fundamentalism. What do we have to oppose them? Technology and the desire to show how virtuous we are.

Is the world a safer place after all these years of Mr Obama showing how nice and virtuous he is? He may have chosen hope over fear, but I am far more scared than when he started. How is Mr Obama’s peace-making with the Islamic world working out for you? But it is unfair to blame him. The fault lies with us. With all of us. The fundamental weakness of the West is that we are unwilling to fight wars in such a way that we can win. This makes our technology useless.

The West keeps losing wars despite having the best armies and the best weapons, because our media is determined to prevent us doing what we need to do to win. Very low casualty levels in the context of history are presented as catastrophic. We parade each flag draped coffin through the streets just to discourage any of our soldiers from fighting. Moreover we tie both hands behind our back by punishing our soldiers if they make a mistake and focussing almost exclusively on whether our bombs have gone astray. Let’s be clear. This model of fighting wars loses. It is decadent and it is not serious. If we had fought the Second World War in this way we would have lost. 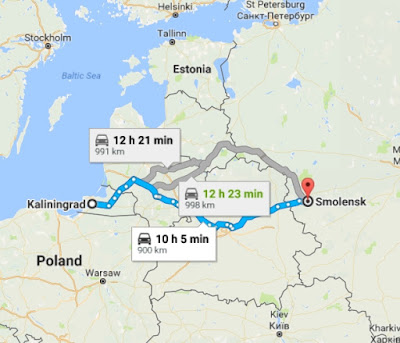 Imagine the following scenario. Mr Putin decides that he no longer wants the Kaliningrad region to be an island. He masses his tanks in Smolensk and he drives through friendly Belarus to so as to reach Kaliningrad. The distance is quite small. He would in this way cut off the Baltic states of Latvia, Lithuania and Estonia. These countries are in NATO. In theory this means that the whole of NATO ought to attack Russia. But Mr Putin would already have reached Kaliningrad by the time we started to complain. What would we do? We could try to defeat him by using conventional forces or nuclear forces. If we can’t even defeat the forces in Iraq and Afghanistan what do you suppose our chances would be of defeating Russia? How many deaths did it take for the USA to be driven out of Mogadishu? It took 18. How many would the USA be willing to lose to liberate Estonia? How many would we be willing to lose? We lack the means and the will to defeat Russia in such a scenario and so we are left only with nuclear attacks on Russia. Are you scared yet?

This is where the politics of virtue has led us. Our armies have become unable to fight. We care more about the human rights of our enemies than our own right to defeat them and defend ourselves against them.

People in the West do not understand Russia. Our universities closed most of the Russian departments after the Cold War, but the only way to understand Russia is speak Russian. We had the chance in 1991 to make Russia a partner. It should have been offered membership of NATO and the chance to join the EU. Instead we pushed and prodded and tried to extend the borders of NATO right up to Kiev and Tbilisi. This is dangerous. Above all now we need to make peace. Sanctions are useless against Russians. They are willing to eat grass. They have done so before, they can do so again. Sanctions don’t touch them. Treat Mr Putin as if he was called Brezhnev and ask for détente. If you get it be grateful and stop prodding.

Meanwhile we are equally unclear in our strategic thinking about the Middle East. This again is one of the main reasons why we must make peace with Russia, because here we have a shared interest and a common enemy. Moreover, Russia has the means and the will to defeat Middle Eastern forces on the ground. Russia cares little about our complaints, because they can win, while we can only lose. They are willing to do what is necessary while we are not. That is why we lost in Iraq and Afghanistan, while Russia will win in Syria. Why should they listen to us?

The key mistake the West has made in the past 30 years and more is to forget that what matters is our own strategic interest in the region. Does it really matter to you who rules in Iraq, Syria, Egypt or Libya? For those who favour the politics of virtue it matters very much indeed. As soon as the “Arab Spring” began we had various politicians praising those who were rebelling. The BBC was in raptures about how soon peace, love and democracy would come to the Arab world. How’s that working out for you folks?

For the foreseeable future the only thing that contains Islamic fundamentalism is not giving the people of the region a choice. If you let them choose, they will choose Islamic fundamentalist parties that will then ban and persecute everyone else. If you doubt this, then you haven’t been watching the news for the past few years. The people who contained Islamic fundamentalism were called Saddam Hussein, Muammar Gaddafi and Bashar al-Assad. They may have been some of the worst dictators in history but it was in the long term strategic interest of the West that they remained in power.

The reason we in the West take it upon ourselves to interfere is because we are obsessed with showing our virtue. Gaddafi was a nasty man so Mr Cameron was desperate to show that he was a nice man by helping to overthrow him. Later when Libya is taken over by Jihadis Mr Cameron doesn’t look like such a nice man.

Islamic fundamentalism isn’t an aberration it is a feature. A recent surveyin France showed that there are three main groups among the Muslim population. 46% are fully integrated into French society, 25% are Conservatives and 28% are authoritarians.

What proportion of these people will sympathise with Jihad? How many will be pleased when Israelis are killed in acts of terrorism? How many will cheer if French armed forces are defeated in a war against a Muslim country? How many sympathise with ISIS or are tempted to go there to fight? We don’t know. But it isn’t a trivial percentage. France has suffered a great deal from terrorism in the last few years. It isn’t accidental that there are such terrorists in France, while there are none in Poland.

Here we have the virtue signalling again. Mrs Merkel is desperate to show how virtuous and kind she is. But her virtue and kindness is at the expense of the safety of her own country. A proportion of the people she is kind enough to allow into Germany and thereby the whole of the EU hate both Germany and Europe. If they are Conservative and Authoritarian they probably will disagree with many aspects of life in Germany. They would prefer it that German women dressed modestly. They might think that Muslims who convert to Christianity should be killed. They might prefer polygamy to monogamy. They might think homosexuality should be against the law. Many if not the vast majority will integrate successfully into German society. But out of the millions Germany allows to come to Europe a significant proportion won’t. Where is the upside for Germany?

It is for this reason that virtue signalling is so dangerous. We must think of what is in the long term strategic interest of our own country. We have a duty to help other people, but not at the expense of making our own country more dangerous. We too have human rights and we have the right not to live in constant fear. We must treat each individual individually and without prejudice, but it is not prejudice to suggest that people who come from a country where there is a lot of Islamic fundamentalism are more likely to Islamic fundamentalists than those who come from, for example, Hungary.

The world is becoming a more dangerous place. If we continue to prod Russia rather than make peace it will become more dangerous still. But above all we must defend Europe’s borders or else there will no longer be a Europe to defend.

This post was originally published by the author 4 November 2016:  http://effiedeans.blogspot.com/2016/11/are-you-scared-yet.html

Effie Deans is a pro UK blogger who works at the University of Aberdeen. She spent many years living in Russia and the Soviet Union, but came home to Scotland so as to enjoy living in a multi-party democracy! When not occupied with Scottish politics she writes fiction and thinks about theology, philosophy and Russian literature.
Previous Parliament must not thwart democracy
Next Russia and the possibility of a new Cold War