It is perfectly possible to imagine a mutually beneficial deal emerging from the UK’s negotiations with the EU over Brexit. We already trade freely with EU countries and meet whatever standards are required to do this. It should pretty much be a matter of saying let’s continue more or less as we have been doing. If the EU cannot negotiate a free trade deal with Brexit Britain, with whom everything is already in alignment, how does it expect to be able to negotiate one with the USA or China? But of course, obstacles can be overcome when there is a mutual desire to overcome them. After all Canada has a free trade deal with the EU. It is neither part of the EU’s Single Market, nor is it part of the Customs Union. It doesn’t pay the EU billions for the privilege of trading with them and there is no free movement agreement between Canada and the EU. But what is possible for Canada is apparently impossible for the UK.

We all know that divorces can become nasty. This is because human beings are involved. The EU is struggling again. Italy is rebelling as are the Visegrád Group of Poland, Hungary, the Czech Republic and Slovakia with perhaps Austria re-joining its former Empire in setting up a rival to rule from Berlin. The Brexit negotiations very ably demonstrate what would happen if Scotland voted to leave the UK. There would be zero goodwill, just mutual recriminations with endless debates about who gets custody of the CD collection.

The EU wants to discourage other countries from leaving and it wants to do this in two ways, firstly by punishing Britain and secondly by doing all it can to hinder us from making Brexit a success. If ten years from now the UK is trading freely not only with the EU but also with the rest of the world and doing just fine other EU members might wonder what the point of the EU was. Is it really just a prison held together with fear? A successful Brexit destroys the fear.

The point, of course, is what it always has been. Since the Franco Prussian War France can no longer compete on its own with a unified Germany. The solution to the problem of Sedan (1871), Verdun (1916) and Sedan again (1940) is for Germany to be united with France. But Germany wins too. The 1914 Septemberprogramm German war aim of a united Europe dominated by Germany has been more than fulfilled and it can justly be said therefore that in fact Germany won the First World War. It just took them rather more than four years to do so.

So it becomes clear what we are up against. What if anything can be done?

The aim of the EU is for the UK to have all of the costs of EU membership with none of the benefits. They want us to have to continue following all of the EU’s rules and they want us to continue to have to pay pretty much the same for the privilege of doing so. In divorce terms it means that the husband has to pay the mortgage of a house where he no longer lives, he has to pay his wife’s living costs, but he no longer gets to sleep with her.

This is what the Remainer rearguard wants too. It wants to leave Britain in more or less the same situation as we are now. We would still pretty much be in the EU’s Single Market, still in the Custom’s Union, but we’d be without any representation in the EU whatsoever. We’d be told what to do by the EU and wouldn’t be able to do anything about it. There is a word for this. Vichy.

It is for this reason that I likened the Remain rearguard to Lord Halifax’s view that we should negotiate with Germany in 1940. But in fact Lord Halifax had a point. Our prospects looked grim in 1940. It took something like a miracle for us to survive that year. It wasn’t irrational to seek terms. It wasn’t even unpatriotic. But still it was wrong. It would have left Britain just like Vichy. We would have become a vassal state taking orders from Germany. 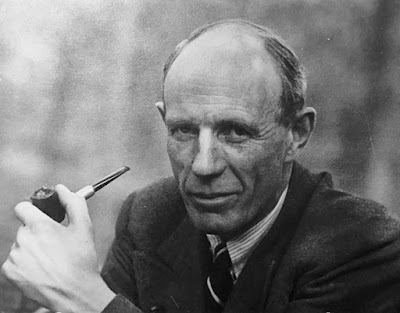 We are not in that position today. Britain’s prospects are very good indeed. We just have to have the guts to stand up for our own interest and we have to be willing to say No when someone is trying to treat us like a vassal.

It’s always worth remembering that between 1940 and 1945 we had next to no trade with continental Europe. We survived. We weren’t fully prepared for the difficulties that those years brought us, but we managed. We bounced bombs while the French collaborated. British ingenuity, self-reliance and self-confidence meant that we found solutions rather than dwelt endlessly on problems. In far, far easier circumstances we must manage now.

If there is no deal with the EU we would trade with them on WTO (World Trade Organisation) terms. This would not be ideal. But it would be no worse than the terms by which we trade at present with USA, Japan and New Zealand. Better by far to trade freely with all of them, but we could manage for a while.

If we had no deal with the EU we would of course keep the vast majority of the £38 Billion we have promised to give them. We could then go to court to determine what if anything we actually owed them and conversely what if anything they owed us. After all we paid into the marriage for decades. Why don’t we get something in return?

We should immediately begin to make whatever preparations are necessary for “No deal”. It’s far too late of course, better by far if we had begun two years ago, but again we will manage. What’s more even if leaving in this way were tough, it would be worth it. We have never fought for a better cause than our own democracy and freedom from foreign domination.

Better by far that we come to an arrangement with the EU, but we should be clear with them that the whole UK EU relationship is on the line. At present the EU doesn’t want the UK to be involved in Galileo after Brexit. Apparently it doesn’t trust us with sensitive information. Likewise M. Barnier has said that we won’t be involved in EUROPOL or the European Arrest Warrant or have access to various EU databases. Of course, they don’t have to share any of these things if they don’t want to. But they are happy enough to share with non-EU members like Norway, Iceland and Liechtenstein. But it seems we are no longer to be friends with the EU. Fair enough. But then don’t expect any friendship back.

Why should we pay 2% of GDP on defence when much of it is used to potentially fight wars on the continent or in other parts of the world? Britain could offset many of the costs of a “No Deal” Brexit by moving towards neutrality. We would then spend whatever is enough to defend our island against attack from without and within, but no more. We would retain our nuclear weapons, but explain that they would only be used if Britain or British interests were attacked. We didn’t have to fight either of the World Wars, nor did we have to get involved in wars in the Middle East. Why spend our money and lose our lives defending those who hate us?

We have a large network of spies and the best security service in Europe, but why should we share any of the information we gather with those who do not trust us. When we get information that Russia intends to attack across the Suwalki Gap, why should we tell the EU?  Why indeed should we be part of NATO at all? Many EU countries don’t like to spend too much on defence, well perhaps they ought to begin. We should be safe enough on our island. After all, the Russians would have to go right the way through the EU to reach us. 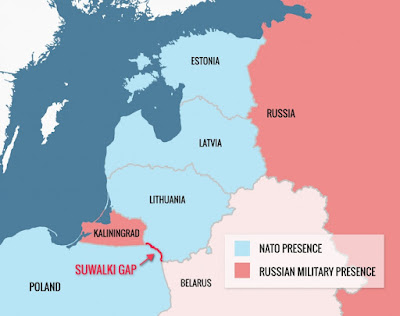 There has been much debate on the border between Northern Ireland and the Republic. The problem here is caused by the EU. After Irish independence we came to an arrangement called the Common Travel Area that for the most part allowed free movement across the British Isles. Irish citizens could continue to live and work in the UK and they can still vote in our elections.

Relations between the UK and the Republic were fairly poor for decades after Irish independence, but in recent years there had been some grounds for hope that they might be improving. These hopes are now in danger.

It is obvious that with a tiny bit of good will on the part of the EU and the Irish Republic that we could keep the border open. But whatever solution we try it is immediately rejected.

The UK should make a final offer. We should promise not to physically hinder anyone crossing into Northern Ireland. Whether we use cameras or anything else is our business. Cameras hinder no-one and all of us spend our lives being filmed in every major city.

If that isn’t enough then we should leave anyway, still promising not to hinder anyone physically from crossing unless there are security reasons for doing so. What the Irish Republic does on its side of the border is its business not ours.

If the Republic wants to unite Ireland then it only has to say clearly that this is indeed what it wants. If it were to win a poll then, it would pay the cost of maintaining the present levels of public spending in Northern Ireland and it would deal with whatever trouble results from reunification. Personally I’d be delighted to see some hundreds of thousands of Northern Irish Unionists fulfilling Nicola Sturgeon’s desire to increase Scotland’s population.

The UK faces a crucial moment in our history. If we end up a non-voting client state of the EU it will be a national humiliation. It would be far worse than Suez (1955). In fact you have to go back as far as Yorktown (1781) to find a worse humiliation. It would take Britain decades to recover from failure to completely leave the EU. The national mood would be one of acceptance of decline and sombre realisation that when tested we didn’t even have the courage to say “Non M. Barnier”. This is the sort of thing that a country doesn’t really recover from. Ask the French. It’s not even something that you can put a price on.

This post was originally published by the author on her personal blog: https://www.effiedeans.com/2018/06/binning-vichy-water.html

Effie Deans is a pro UK blogger who works at the University of Aberdeen. She spent many years living in Russia and the Soviet Union, but came home to Scotland so as to enjoy living in a multi-party democracy! When not occupied with Scottish politics she writes fiction and thinks about theology, philosophy and Russian literature.
Previous Playing Chequers at Chequers
Next With friends like these