I never expected to win the 2016 EU referendum, in fact I was quite certain Brexit would lose. I thought the best chance was long term, that in time the contradictions involved in the EU would cause it to collapse just like the Austro-Hungarian Empire collapsed in 1918. The EU lacks a common language and the people living in it lack a common identity. They are of course Europeans, but so are we whether we are in the EU or not.  Being European doesn’t make a country a member of the EU. I can name 22 non-EU European countries.  Only ignorance makes Remainers conflate European with EU.

The EU lacks even the conditions that held the Soviet Union together for seventy years. Soviet citizens had a common identity, they had a single currency that worked and they all could speak a language that enabled them to live and work anywhere in that state.

So long term, I believe, the EU cannot last. If so, then better to get out now, because the EU is going to fight very hard indeed to hold itself together. This is also why it is fighting so hard to prevent Britain from leaving.

My hope back in 2016 was that “Rome would perish”. It’s still my hope now. If somehow the Remainers in combination with the EU force us to Remain, let us do all in our power to make the EU regret it. Let Britain be a Trojan horse that attacks the EU from within. Let us side with all those countries who have people and parties who oppose the EU and let us subvert it. We can veto everything we are allowed to veto, refuse to pay any more money. What can they do? Kick us out? We can refuse to do what we are told, just as Poland, Hungary and others refuse. If the EU makes us extend our membership, make them regret every day they hold us hostage.

But better by far, of course, if we can get out by October 31st. Boris has promised that he will get us out with a deal if possible or without one if necessary. Let him do this if can.

It may be possible for Boris to ask the EU for an extension in such a way that they refuse his request. If he promises to do everything in his power to bring down the EU temple like blind Samson:

Eyeless in Gaza, at the mill with slaves,

Himself in bonds under Philistian yoke.

would the EU really want Britain to stay as an unwilling and obstructive partner even temporarily? 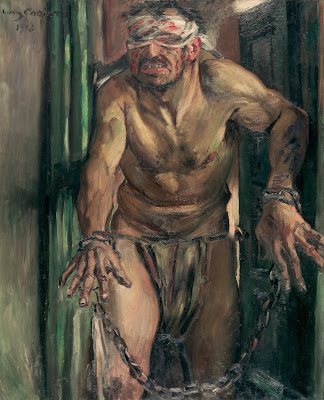 I think a clear majority of British voters want to leave the EU.  Let us make clear that we are not going to give up. We are going to be as awkward as possible and do everything we can to make the EU work as poorly as possible, unless and until they let us go.

This tactic may fail. The EU may force us to extent our membership even though our Prime Minister makes clear that he is asking for an extension only because he is compelled by law and by a Parliament that won’t allow him an election. It may therefore be that despite the will of the British people expressed in the 2016 referendum and the 2017 General Election (where both Labour and the Conservative manifestos promised we would Leave), we are forced to extend our membership into 2020.

So be it. It doesn’t matter very much if we leave now, or in a few months. What matters is that we do indeed leave and leave completely.

At some point there is going to be a General Election. The Remainers might form a temporary government before this. They have the numbers. They may elect a caretaker Prime Minister. They could in theory keep the whole thing going until the term of this Parliament runs out in 2022. They may revoke Article 50.

None of these things matter in the long run.

Unless the Remainers with the backing of the Remainer Supreme Court abolish our democracy completely, we will have a General Election eventually. At that point it will be necessary for Leave voters to unite, think strategically and vote as one.

It won’t be Boris’s fault if he is forced to acquiesce in the extension of our EU membership. He had a plan to get us out, that was the only plan that might have worked. Only by saying we will Leave without a deal is it possible to improve the deal the EU is offering.

Boris may still find a way to get us out, but it’s hard to see how, not least because the Remainers in Parliament are conspiring with the EU. When was the last time MPs conspired with a foreign power to thwart the wishes of the electorate expressed in two elections?

I don’t see how anyone could have done more than Boris to get us out. The Remainers have the numbers in Parliament, the Supreme Court and the Remainer Speaker have overturned the principle that the Government governs. So, if we have to stay in the EU beyond October let us be clear where the blame lies. It lies with the Remainers who care more about staying in the EU than maintaining our constitutional and democratic traditions.

It profits a man nothing to give his soul for the whole world  … but for the EU, Mr Bercow? 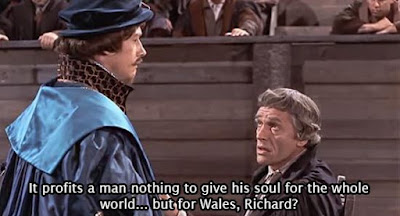 What the Remainers want more desperately than anything else is to split the Leave vote. They know that if Leavers all vote for the Conservatives, Boris will get a majority, perhaps a landslide.

What they hope is that if they can make Boris break his promise to leave by October 31st, by metaphorically putting a gun to his head. They hope that Leave voters will desert him and vote for the Brexit Party. If that happens, the Brexit Party will not form the next Government, nor will the Conservatives. Instead we will get a Remainer Alliance of Labour, Lib Dems, SNP, Plaid et al. They will keep us in the EU, but the price will be that Irish and Scottish nationalists will get the chance to break up our country.

The Leave campaign very nearly lost the 2016 referendum because it was split between Boris’s team and Farage’s team. Vote Leave, with Cummings as campaign adviser  and Boris leading, was hindered by Farage’s Leave.EU. Farage was popular with those who had already decided to vote Leave but he put off those who were undecided. Farage cost Leave votes.

Without UKIP we probably would never have had a referendum in the first place. Without the success of the Brexit Party in the 2019 European Elections, we probably would still be stuck with Theresa May, but let’s be absolutely clear, if the Leave vote goes into a General Election divided, we will lose.

I don’t think that an electoral pact is sensible. Boris cannot formally unite with Farage, because it would cost him votes. The British electorate is moderate. This is why UKIP hardly won a seat in Westminster. The Brexit Party will do no better. A party simply cannot go from zero seats to 326 in one go. So, if you vote for the Brexit Party, in effect you are voting for Remain. You are preventing the one Party that could get us out of the EU, the Conservatives, from gaining a majority.

It is time to get serious. If the Conservatives with Boris as Prime Minister don’t win a majority at the next election, then Leave voters will have lost. Then we will have to go back to relying on the long-term collapse of the EU. We will have a Remain Government and won’t get another chance for years. I believe the British electorate is going to react with calm, cold fury to the Remainer Rearguard, but our fury must be directed and above all else it must not be split. The best contribution Mr Farage can make now is to step aside and tell his Brexit Party not to stand. If that happens, we will definitely leave the EU and just maybe bring down the whole temple with us. Then Boris really would be the champion [Μπόρις ἀγωνιστής or Boris Agonistes].

This post was originally published by the author on her personal blog: https://www.effiedeans.com/2019/09/boris-agonistes.html

Effie Deans is a pro UK blogger who works at the University of Aberdeen. She spent many years living in Russia and the Soviet Union, but came home to Scotland so as to enjoy living in a multi-party democracy! When not occupied with Scottish politics she writes fiction and thinks about theology, philosophy and Russian literature.
Previous Polls are for Dogs?
Next What if a Yes vote had been blocked like Brexit?