Brexit and the Media

Broadcast journalists and comedians are almost uniformly anti-Brexit.  Curiously this unanimity of outlook applies to many other areas.

If there were a billion people on the Earth global warming would not be happening.  Global warming is the effect of seven billion people (and rising) on the planet.  Journalists uniformly neglect to mention this obvious truth. Comedians will joke about a politician having a large car but pass over royals or prime ministers having four or five children without mention.

Journalists cover President Trump as the greatest threat to mankind but somehow Xi Jinping, the tyrant in charge of China, is ignored.  Putin is only regularly mentioned in the context of (now disproved) Russian intervention in the EU Referendum.

If we have a few more summers in Europe like this year’s heatwave the population of the EU will move north.  Journalists suppress this obvious outcome.

If a country exports no goods but imports many it will get into debt and have to sell its industry and property. Continuing Trade Deficits are bad for countries.  Journalists cover Trade Deficits as harmless or excellent even when a country’s industry has been sold off, wages are declining, there is austerity and the Trade Deficit still continues.

Perhaps the AIDS epidemic, which has so far killed about 30 million people, is the most obvious area where journalists intervened to ensure millions died. (See HIV AIDS: The Great Holocaust Journalists also conspired to kill tens of thousands of migrants – see below). Few if any journalists demurred from the party line that treating AIDS like any other infectious disease was homophobic so signing the death warrant for millions of women and children.

Journalists cover the US-China Trade “War” as the US damaging the international trading consensus but seldom cover the fact that China has amassed trillions of dollars of foreign exchange and so global power.  The Trade Deficit with China is allowing one of the most repressive states on the planet to literally buy power and control.

Those who support Brexit are uniformly portrayed as being racist morons but the EU has a seriously bad record on race relations, far worse than the UK. Remain is the racist option but scarcely any journalist covers this uncomfortable truth. 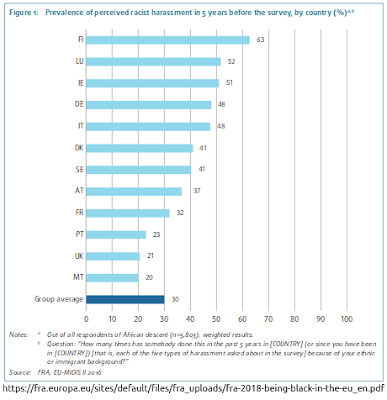 Journalists praised the EU for encouraging people to risk going to sea in flimsy craft in the hope of EU citizenship.  This killed thousands of migrants.  Now that the EU is enforcing the return of migrants the death toll has halved but the journalists are largely silent. 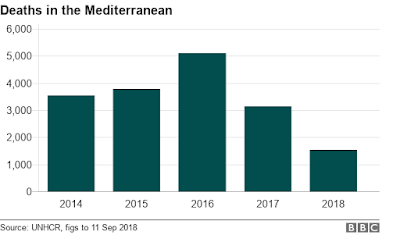 Journalists often work against us. Despite US Government Reports warning of the Chinese building spying hardware into everyday electronic goods such as computers and mobile phones the journalists still took the side of the Chinese.  They covered the exclusion of Huawei from supplying the UK’s communications infrastructure with scarcely a mention of these “hardware trojans” that could spy without detection.

The IMF and Treasury were completely wrong about the period between the Referendum and actual Brexit (See IMF said Brexit will be fine).  After the referendum the journalists and comedians mocked Leave voters for ignoring the “experts”.  They have never covered the truth about what really happened, about the experts being wrong.

The big mystery is who is setting the “party line” that all of those broadcast journalists and comics represent?  It is their employers, the multinational media corporations.  Like all multinationals, they see growing populations, free trade – even with tyrants – and the free movement of people and capital as essential for their bottom line.  They lurk in the twilight zone of international trade and have no allegiance to anyone.  What journalist or comic would risk their career by breaking with the party line?

This post was originally published by the author on his personal blog: http://pol-check.blogspot.com/2019/07/brexit-and-media.html

Dr John Sydenham has worked in International Pharmaceuticals and for one of the "big four" International Consultancies. He ran a successful company for 15 years and after selling the company devotes his time to travel, science, black labradors and freedom.
Previous An Indyref Romance: Harmony and Dissonance – Chapter 15
Next Christianity And Open Borders, Cont.