Cancelled for telling the truth

Illegal migration is the biggest threat we face 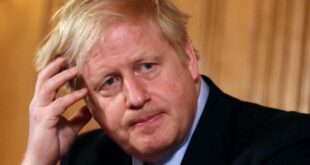 I have been on Twitter since March 2012. It is essential for my writing. Without Twitter and Facebook whatever I write would be read by almost no one. Think of the situation prior to the Internet. If you wanted to write you had to either work for a newspaper or magazine or try to write for a publisher.  The only realistic alternative to this was to write for the equivalent of a parish newsletter.

Building an audience and a following takes enormous effort. Don’t bother to start if you are unwilling to put the hours in with minimal recognition to begin with. My earliest statistics on Blogger are from October 2012. I briefly used another site before that.

I started with 312 views that month.

All through the years building up to the 2014 referendum I would get a few hundred views for each article. Then by 2015 I would sometimes get a few thousand views a month.

It’s not much fun writing when no one reads. It defeats the purpose. But if you are not prepared to be ignored, give up now. Even J.K Rowling must have despaired at the hours she had put into Harry Potter only to see her work rejected. There are any number of J.K. Rowlings, some equally talented who never had their books published in their lifetimes.

But I kept getting up early on Saturdays to write my articles and gradually my readers increased as did my followers on Twitter.

I have a simple Twitter strategy. I hardly follow anyone. But anyone (within reason) who follows me I follow back. I think it’s a matter of courtesy. It leads to embarrassment sometimes because I don’t have time to check who I follow. I sometimes get messages from people who think I might pay for naked pictures. But unless you have something on your profile that makes it obvious you are undesirable, you will get a follow.

My other strategy is to block indiscriminately. Any swearing and you are gone. Any personal criticism of me and you are gone. If we’ve interacted before I might give you a second chance, otherwise not. I learned in the early days not to interact with Scottish nationalists. I write my articles, but I don’t have long debates with them. It’s pointless. After years of blocking my time line is mainly free of Scottish nationalists and I can get on with promoting my articles without having to waste time.

If you are writing articles without anyone helping you, it is necessary to make them both interesting and original. If you are merely repeating what is in the newspapers there is no point and you won’t get anywhere.

To be original you need to be willing to be controversial. I don’t put limits on what I can write except that it must follow logically. If the logic takes me to a place where some people don’t like so be it.

A while back I wrote about vaccines and some of my followers were angry. I’m in favour of vaccination and find it difficult to understand those who are not. Some people decided to unfollow. I unfollowed back. I can only write what I think. You may disagree with me about the Middle East or about Trump or about Tories, but you may later agree with me about the SNP.

But the election is finished. I cannot keep writing about the SNP every day. There must be new topics. You will disagree with me about some of them. That is the point. Politely disagree by all means, but I won’t necessarily respond.

Twitter is different when you have nearly 40,000 followers. I only ever look at the notifications. I probably won’t see your tweets. It’s not that I’m ignoring you, I just don’t see you. So too I get endless direct messages. Many of them are very welcome. But I can’t respond to everyone who says Hi.

Don’t expect to make much money from writing. For years I made a tiny amount from Google ads. You have to make £60 before they pay out and I would count each trickle of coins until eventually I had enough. This past year things have changed. I have been able to write more and the number of my readers has grown massively. But I still make a relatively small amount. One hundred thousand readers a month might bring in £100 pounds, but the hours required to earn it amounts to maybe £5 pounds an hour, so if you want to earn money you are better off working in Tesco. I don’t like to ask for donations as I have decent job that pays the bills. I’m happy to share everything I write for the free cost of a link back to my site. I don’t know how anyone makes a living from writing. That’s a problem for writers, but it’s also a problem for readers.

I am grateful to Twitter and Facebook, but I have had problems with both. I share my articles to various Facebook groups, but once in a while Facebook decides to ban me for doing this too often. Twitter decided a few years ago that it wouldn’t allow me to post my blogger links so I had to buy a domain. It was worth it anyway, because having your own domain helps a site. But on each occasion trying to solve the problem with either Twitter or Facebook was less than rewarding.

If you’ve ever tried to contact Twitter you will find that there is no one to contact. You just get a computer asking you questions and you end up in a loop. It’s not worth bothering. Find your own solution instead.

Yesterday I found myself on the Twitter naughty step. The problem was that I had told the truth.

Someone I didn’t know replied to one of my Tweets with a question.

Why do you think Hamas fires rockets?

I should have ignored the question of course, but I replied. 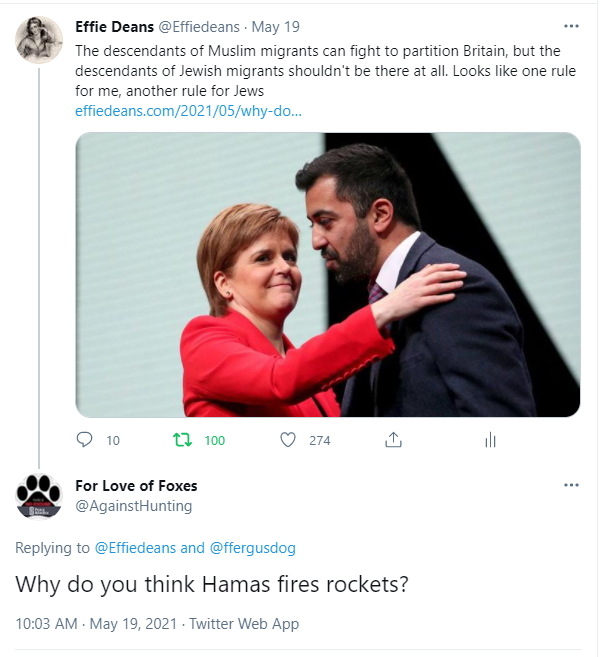 This is self-evidently true. Hamas does fire rockets because it hopes they will kill Jews. It may have other reasons, but killing Jews is certainly one of them.

When faced with the suspension I was told that I could appeal, but that my account would remain suspended until the case was decided. Alternatively, I could delete the tweet, but in that case I could not appeal. I deleted the Tweet. If I had appealed who knows how long I would have been suspended.

The absurdity of the situation can be illustrated by asking the question.

Why did the Germans build gas chambers?

The answer obviously is to kill Jews.

But to suppose that it is anti-Semitic to give this answer is ridiculous. In fact, to say for example that the Germans built gas chambers for another reason, for example to kill rats, would be a form of Holocaust denial, which would be anti-Semitic.

My tweet and the context in which it was written is so obviously not anti-Semitic, that I begin to wonder at the crudity of Twitter’s algorithms. Perhaps the phrase “kill Jews” is not allowed, for which reason you might get banned for saying “It is wrong to kill Jews, just as it is wrong to kill Muslims”.

Then again, I have heard that British slang for a cigarette can get you banned as can the word for a Welsh meatball.

I have put an enormous amount of time and effort in to building a following. It is disturbing to find that for something accidental and absurd I might be banned. I think I am one of the politest users on Twitter, but all that counts for nothing if the computer says No.

Someone should write a modern version of Kafka’s the Trial, with Twitter as judge, jury and executioner. Perhaps I will.

But there is no point complaining. Twitter has its rules and we must work around them.

I would be grateful if you followed this account. So that if Twitter decides to ban me again, I at least will have the means of getting to some of you. If I can be cancelled for telling the truth, we all can.

This post was originally published by the author on her personal blog: https://www.effiedeans.com/2021/05/cancelled-for-telling-truth.html

Effie Deans is a pro UK blogger who works at the University of Aberdeen. She spent many years living in Russia and the Soviet Union, but came home to Scotland so as to enjoy living in a multi-party democracy! When not occupied with Scottish politics she writes fiction and thinks about theology, philosophy and Russian literature.
Previous A New Adventure
Next CLAAS have drawn attention to the appalling decision of a Pakistani court to place Nayab Gill, a 13-year-old Christian girl, with her abductor, a man who already has three wives and four daughters. 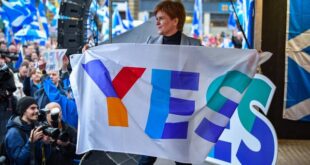 What’s the real level of support for Scotland leaving the UK?