Were the education system a fair reflection of society we would expect as many children  voting Conservative as voting Labour when they leave school or university.

However, only 21% vote conservative.

In the past this predilection for Labour amongst children was shrugged off as childish “idealism” but now it is getting beyond a joke. It is obvious from voting trends with age that as people become used to the real world outside of education they learn lessons about socialism that convert them to conservatism so what is happening in our schools?  Why are they teaching children things that they subsequently find to be false?

How do teachers and academics indoctrinate pupils and students?  Apart from political asides in the classroom they have developed a socialist curriculum that stresses the Labour approach to politics.  This approach involves teaching geography, history and economics as a description of what appears to be “wrong” with the entire world from a socialist perspective rather that what actually happens, especially in the UK, and how civilisation is maintained and grows.

The AQA GCSE Geography curriculumis a good example of victim orientation.  The section on Urbanisation could be about the synergy between universities and science parks, the need to provide freight access to industrial areas, the rise of out of town shopping and the disparity in rates etc between out of town and town centre business, the synergy between the arts and town centre business etc. etc.  Instead it is about migration, squatters, crime, access to services etc.  The section on the Changing Economic World could be about the adoption of measures against corruption and the consequent growth of non-Western economies, the stimulation and protection of local industry, the provision of local skilled employees, local banks and the improvement of capital supply etc.  Instead it is about international trade, migration, international aid, the north south divide etc.   In other words children are being taught an Internationalist Socialist manifesto in the guise of geography.

In theAQA History curriculum there are many options for what is learnt.  If we takeAmerica 1920-1973 “Opportunity and Inequality”even the title of the choice is socialist.  It has nothing about how the USA relinquished all of its military conquests and set the stage for the dominance of democracy post war, had nothing about Bretton Woods, the UN and thesetting up of the EU by the USAby Marshall (and Bevin) or the US military umbrella that saved the world from communism.  Instead it focuses on income differences and racism.  The whole option is Internationalist Socialist indoctrination.  It is the same in the other options, for instance the total absence of any role for Italian fascism, which was not created by Western reparations etc., in the rise of Nazism.  This playing down of fascism as a pan European movement before Hitler is a classic socialist treatment of history (largely because Mussolini was a leader of the far left Italian Socialist Party before becoming Il Duce).

The Conservative government owes it to the country to deal with educational indoctrination by radically revising the Humanities curriculum in schools and stopping the socialist bias in the recruitment of academics in universities, a bias that violates Equality legislation.

The academics who set the humanities curriculum incorporate bias by suppressing information.

Sadly much of the humanities curriculum in schools is specious nonsense created for political reasons. Here are some examples, most of which are an attempt to exonerate or reinforce socialism

1. In the history curriculum the most notable suppression is the role of Italian Fascism in the inter-war years.  Mussolini was the idol of Hitler andFranco in the late 1920’s/early 1930s. 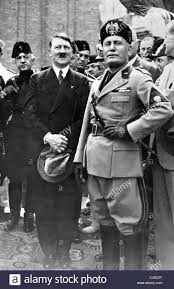 Italy did not suffer reparations or defeat in WWI.  The reparations story of Nazism is to point the finger of blame at the West and to avoid the uncomfortable truth that Fascism and hence Nazism was born out of the far left, Marxist, Italian Socialist Party which Mussolini led before WWI.

The enthusiastic support of nazism/fascism by teachers, the  middle class and students in Germany  is given short shrift if it is mentioned at all. This is to save the reputations of academics and teachers. Instead the general implication is that it was working class thugs who were Nazis. (The thugs who surrounded the British fascist leader were hired but are always used to demonstrate the lower class nature of fascists. That Oswald Mosley was an ex-Labour cabinet minister (Chancellor of the Duchy of Lancaster) is never mentioned).

2. Again in the history curriculum, the role of the Russian/Soviet pogroms in creating a massive Jewish migration crisis is hidden. How could good socialists have done that?

3. In economic geography and history the fact that the Western Allies relinquished their conquests after WWII whilst the communists created an empire is conveniently forgotten. As is the creation of the current world order after WWII (largely by the USA).

4. In history the events of the slave trade of 200 years ago are retold with presentist fervour.Historical presentism is always a political project.  Slavery has two stories: emancipation and slavery.  The story of slavery begins in the mists of time and includes black on black, white on black, white on white, British serfs, Russian serfs and every other combination of slavery.  Conquests were made to get slaves. The story of emancipation is largely about British efforts in the nineteenth century. Eliding the story of emancipation into that of the worst tales of British eighteenth century slave owners is simply an attempt to polarise modern British society by race: to alienate black skinned British children.  The unifying tale of emancipation is smothered and suppressed by the divisive tale of slavery 200 years and more ago. This is clearly a postmodern revolutionary project and must be stopped.

5. The failure in economic geography to mention that prosperity is due to the suppression of day to day corruption, the introduction of fair markets, the rule of law and widespread education and training is very significant.  It allows a story that globalisation and international trade is responsible for the ending of global poverty (where it has ended) and is naked propaganda for global government.  Japan, S. Korea, Thailand, China all show how countries can become wealthy without being “rescued” by international bodies and NGOs.

and so on… almost every aspect of the humanities curriculum has been manicured to support socialist ideas.

Dr John Sydenham has worked in International Pharmaceuticals and for one of the "big four" International Consultancies. He ran a successful company for 15 years and after selling the company devotes his time to travel, science, black labradors and freedom.
Previous Cheap Foreign Goods Cost More
Next The EU has undermined the SNP argument