China: Britain and the West are living in the past

Dominic Raab, Joe Biden and the EU are all proposing that we continue and even increase trade with China.  They all talk of constructive engagement giving the West influence over the Chinese.

This approach might have appeared reasonable twenty years ago but today it is absurd.  China has the highest GDP in the world in PPP terms and dominates global trade.  China is the number one trading power in the world with 13.45% of global exports, followed by the US at 8.98% (See China Power).

China is a mercantilist power that trades at a surplus with almost all of its trading partners and is hence a risk to all of our economies. Its mercantilism has allowed it to amass three trillion dollars of foreign exchange reserves. These reserves make it immune from threats of sanctions or the discontinuance of trade. The West cannot threaten China but if the West gets ever more closely entangled in trade with China then China can threaten the West. 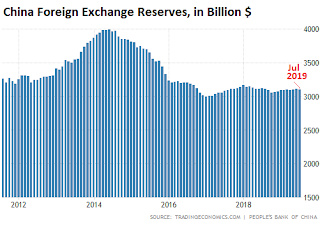 China has already shown that it is willing to exercise its commercial clout. It threatened Australia with trade sanctions for merely asking for an investigation of the origins of COVID19 and when the Australians resisted it imposed sanctions. It even bullied the EU into amending reports on COVID19. It is claiming vast tracts of land and sea in SE Asia and receiving only token opposition.

I have regularly visited China for the past 20 years and have been absolutely astonished by its growth. When US, UK and EU politicians talk about China they are not talking about the China that I have seen but about some fantasy country based on images from 30 years ago. In 1990 China was a regional power that would think twice before attacking even weakened neighbours such as Vietnam. In 2021 it is possibly the world’s leading conventional military power and is rapidly becoming a nuclear superpower to rival the USA. It is certainly the world’s leading economic power and far richer than the official data suggests.

It is China’s money and tactics that give it real power now.   China invests its trillions of surplus using offshore companies in the Cayman and Virgin Islands.  (See How much of the world is owned by China).  This makes its investments opaque.  China has enough cash to give it control of all of the West’s mainstream media and no-one would realise that China had this control.  It produces the parts for almost every type of communications device and computer used in the West and has a law that compels China’s manufacturers to provide means by which the Chinese security services can hack into them.  Our politicians and journalists seem never to have heard of the undetectable “hardware trojans” that manufacturers can easily introduce into any integrated circuit. (See We need to talk about China).

China is the greatest threat to Western democracy in history.  The Third Reich was an equal of any one of the UK (a superpower at the time), the USA or Russia but now China is rapidly becoming an equal power with the entire West.  If China wins then human civilisation will be under the yoke of tyranny for a millennium (See Why China is a Pariah State).

We may already be too late to stop China.  We would be stupid beyond measure to continue the present policies of freely trading with China, accepting their investments and educating their spies by the hundred thousand.  If you think this article is extreme then you, like our out of date politicians, have not grasped the sheer level of the threat.

This post was originally published by the author on his personal blog: https://pol-check.blogspot.com/2021/03/china-britain-and-west-are-living-in.html

Dr John Sydenham has worked in International Pharmaceuticals and for one of the "big four" International Consultancies. He ran a successful company for 15 years and after selling the company devotes his time to travel, science, black labradors and freedom.
Previous Sir Robert Peel the Series Part Two – Sir Robert Peel taught us that Politics is about vision.
Next You’re not more Scottish than me.