Don’t wake up to a nightmare

I don’t feel much like writing about politics at the moment. We all stopped campaigning. We did so for a good reason. How do we start up again? There is only one thing on all our minds. But no-one wants to score cheap points. Yet the alternative is to remain silent. That isn’t right also. The country needs unity, but we are in the middle of a General Election campaign and elections are about alternatives and making a choice. To make a good choice you need to think clearly.

In the UK as a whole we have a close race. When we began the campaign many people thought that the election was already over. But this, of course, is not how democracy works. It doesn’t matter how far ahead one party is in the polls, it is always possible that you get a surprise.

The latest poll I have seen puts the Conservatives on 43% and Labour on 38% with the Lib Dems on 10%. What this means is that Labour could well win the General Election. It is perfectly possible that we will wake up on Friday June 9th to find that Jeremy Corbyn is the next Prime Minister. 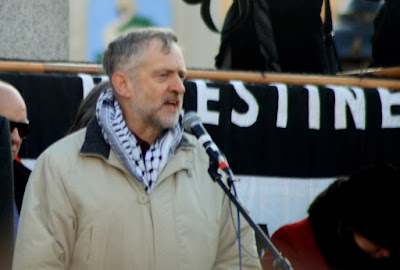 In Scotland we also have a two horse race. We know from the local elections in May that Scottish Conservative support is rising. Many Pro UK people are switching to the Conservatives as the best chance we have of defeating the SNP. It is for this reason that I have been advising Pro UK people to vote Conservative everywhere.

In my local constituency of Gordon I received a leaflet from the Lib Dems which argued that only they could beat the SNP here. But this was to ignore the fact that the Conservatives were the clear winners in May. This illustrates the whole problem with tactical voting campaigns. Some people will use one tactic, others will use another. The end result is a confused message and a divided Pro UK vote.

In most constituencies in Scotland we simply do not know about present voting intention. It may well be very different from the General Election in 2015. What we do know however, is that the Scottish Conservatives are in second place in Scotland. This was the case in the Scottish Parliament elections last year and in the local elections. Support for the Conservatives in Scotland is rising while it is falling for everyone else. Support for Labour and the Lib Dems is such that they can only win two or three seats between them. This will change nothing. On the other hand adding just a few percentage points to the Conservative vote could lead to them winning a large number of seats from the SNP.

Even so it is almost certain that the SNP will comfortably win the majority of seats in Scotland. They won 56 last time. If we could limit them to 40 this time it would still be an amazing result. But this means that the electoral arithmetic at Westminster means that SNP votes will be necessary if Jeremy Corbyn wants to form a government.

Until recently Labour routinely won nearly all the seats in Scotland. This is not going to change any time soon, because left wing Scots pretty much deserted Labour en masse. They preferred the idea of creating “socialism in one country” (Scotland) despairing of creating it in the UK as a whole. But for Labour to rule in the UK as a whole it still needs to replace the Scottish MPs it lost. It can’t very well replace them from the other parts of the UK. That would require Labour to win an overall majority in England and Wales alone. This would require the equivalent of a Labour landslide. Simple arithmetic therefore tells us that for Corbyn to be Prime Minister he needs the votes of other parties. But which? The Lib Dems share of the vote nationally suggests they are not going to win many more seats than last time. This leaves the SNP.

We could wake up in two weeks’ time to the following scenario. Labour could win around 300 seats, the Conservatives somewhat less. You need 326 seats to form a majority. What is Corbyn going to do? He has a choice. He could say I can’t form a government because I don’t have a majority, or he could say I will make a deal with other parties. If he couldn’t form a government we would have to have another election.  But wait. For the first time we would have the chance of a truly socialist Prime Minister. Is he really going to turn down the chance?

It may or may not be the case that Corbyn would form a coalition with the SNP and the Lib Dems. We just don’t know. Whatever parties say now, you can be sure they would say something different if they were in touching distance of power. But even if there were not a coalition there would have to be a deal. What would the SNP and Lib Dems demand?

Imagine if Jeremy Corbyn began negotiations with the EU. He has already said that he wants the UK to pay whatever the EU demands. Now he would be saying to our former EU partners, we will pay whatever you want accept whatever you demand and then we’ll put the whole deal to the UK electorate. The EU would far prefer it that the UK didn’t leave the EU at all. It sets a bad example. Under these circumstances is it likely that they will offer us a good deal or a bad deal? If the EU knows that the UK electorate will vote on whether to accept a deal or alternatively to decide that we don’t really want to leave the EU at all, they will make the deal as bad as possible. They already want us to pay 100 billion Euros. Corbyn agrees with them. Why not make it 200 billion Euros? Why not indeed make the whole process of leaving so impossible that they force us to stay?

The only way to get a good deal from the EU is to be willing to walk away without a deal. The EU must believe that Britain will simply say goodbye if they try to punish us or if they make unreasonable demands. There is only one leader who can credibly negotiate in this way and it’s not the leader of the Labour party.

Every Conservative vote in Scotland makes it less likely that Nicola Sturgeon will have any political influence at all. On the other hand every Labour or Lib Dem MP who is elected in Scotland might be the MP that takes Jeremy Corbyn over the line so that he can form a government that would be forced to give us not just a second referendum on Scottish independence but a second referendum on the EU. Are you sick of referendums yet? If you are then for goodness sake don’t vote for parties that make them more likely.

Britain faces dangerous times. We are at a key moment in our history. We are threatened by those who hate us. We are taking a new historical direction. I saw a Union flag flying at half-mast on Union Street in Aberdeen the other day. I thought of all the people who hate that flag. Even as famous buildings around the world were lit up with the colours of our union I thought of all the people who look at our flag and hate it. No doubt some of them resented the fact that this flag was flying in Aberdeen. No doubt some of these people are standing for election in Scotland.

Mr Corbyn thinks that we are to blame for terrorist attacks. But then he has a long history of siding with our nation’s enemies. Can you imagine such a man being Prime Minister?

Our country needs unity. We need to get through this election and then have a period of stability where we all pull together rather than pull apart. It is time above all to send a message to the SNP that our country is threatened enough without them adding to it. We need to reject the politics of division. Our enemies would love to see our country divided and weakened. They would be delighted if our armed forces were split up. They would above all be delighted if our Prime Minister was someone who counted Middle Eastern terrorist organisations as his friends and who has long sympathised with their aims. 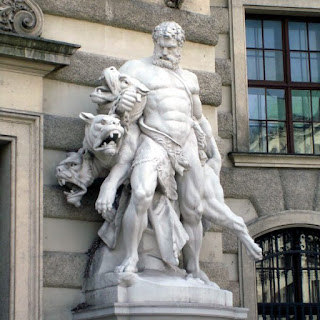 I dread to think what would happen if Corbyn, Farron and Sturgeon were running our country. If you vote for Labour or the Lib Dems it will be you who is responsible for indyref2. It will be you who is responsible for sending a pathetic message of weakness and disunity to the EU. Our country needs strong and stable government and a leader who knows where she wants to take us and is capable of doing so. A Corbyn Government would be a three headed monster pulled in three different directions by Labour, the Lib Dems and the SNP. Be careful that you don’t wake up to find it a reality.

This post was originally published by the author on her personal blog: http://effiedeans.blogspot.co.uk/2017/05/dont-wake-up-to-nightmare.html

Effie Deans is a pro UK blogger who works at the University of Aberdeen. She spent many years living in Russia and the Soviet Union, but came home to Scotland so as to enjoy living in a multi-party democracy! When not occupied with Scottish politics she writes fiction and thinks about theology, philosophy and Russian literature.
Previous Weekly Globe Episode 7
Next The speed of the German Autobahn