I have been thinking about John McDonnel’s proposed four-day week. Obviously, I’d have got this piece out yesterday except it was one of my down days. I’m guessing the same excuse would become commonplace with clients demanding service – how dare they? The possibilities are endless: The production line, dispatch, delivery drivers, warehousemen, wholesalers, retailers – take your pick – were on their extra day off… consecutively. Complaint, madam? I’ll put you through; oh, wait, they’re not in today..

And what about that time off; how would you use it? No, I’m not talking to you, you outward bound, gad about town, charity volunteering, hobbyist sportspeople and all round good eggs that you are. It’s ‘them’ I’m addressing, the ones Johnny Mac is aiming his vote harvester at. Those who spend half the weekend pissed and the other half recovering, those for whom a hangover is an active, budgeted portion of their leisure. Downtime costs, whether you are active or indolent and particularly if you list ‘chilling’ among your hobbies.

Chilling is just look-how-cool-I-am slang for idling, slacking, doing nothing; if you were doing something of merit you would be too busy doing it to spend time tweeting pictures of your slippers, hangover face, over-priced coffee or trashed living room. When did sloth become so fashionably relatable? When did thrift and enterprise become so denigrated?

How about teachers, John? Would they also work a four-day week? Given a reported 20% adult functional illiteracy rate how would this help? Going for 40% maybe? What if some of those who do find work might not be able to read and understand their terms and conditions; how does that stack up for human rights, John? Mind you, if a four-day school week meant that educators (we don’t call them teachers any more, do we?) would have to cut out the do-goody-good diversity bullshit we might actually get somewhere. Perhaps they could ditch mindfulness, so maybe there are some real positives?

Now I’m not saying that total collapse on the couch isn’t a perfectly valid use of your non-working time but have you ever studied the habits of successful people? They don’t really have downtime. If they are not at formal work they are doing all those little things that keep a roof over their heads: fixing, cleaning, building… possibly even literally putting that roof back over their heads. But there is still the question of remuneration. Companies making use of automation will simply keep their savings on wages as profit for shareholders. Maybe we could all become shareholders, John? 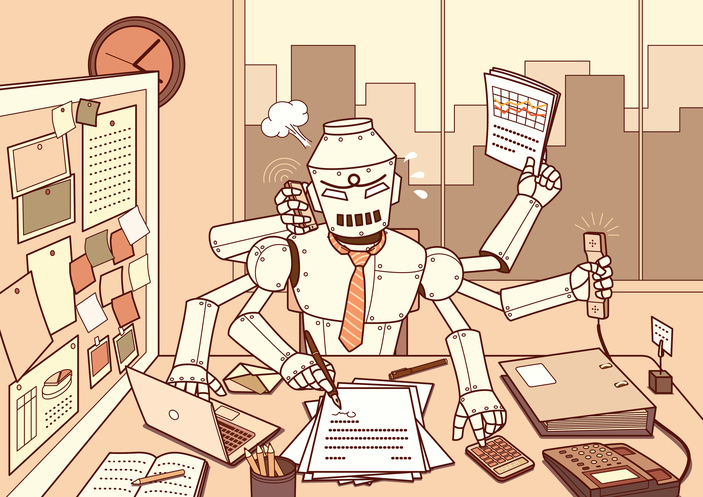 Of course, there you go, you want that as well. But who is going to pay for it? Quick recap then, for those still paying attention: Four-day week, lower incomes, reduced output, lower GDP, less tax, more welfare demand, downward spiral of supply chasing reduced demand, credit mountain, personal bankruptcy; migration to citizen’s basic income to cover up the failings, descent into Venezuela territory, capital flight, total collapse of the economy. Maybe, John, politicians could do a four-day week… but I doubt many of them would welcome the overtime.

This post was originally published by the author on his personal blog: http://batsby.blogspot.com/2018/10/eight-days-week.html

'Battsby' is a down-to-earth Yorkshireman who has spent his life wondering what he wants be when he grows up. He is currently wrestling with the madcap world of current affairs while thinking about writing a novel based on the destination of the nation - to hell in a handcart.
Previous No Surrender!
Next The 9th circle