As many of us have noticed this week, Spain is trying to prevent one of its parts from holding a referendum on independence. I normally don’t pay much attention to the internal politics of European countries. I can’t even routinely name the leaders of more than a few EU countries. But I began noticing the dispute in Spain a few years ago and from time to time have paid attention. There is a reason for this. Independence movements feed off each other. Scottish nationalists wave Catalan flags and vice versa. The example of one potentially helps or hinders the other.

In the UK there has been a longstanding political convention that we govern by consent and that this means that if a part of the UK expresses a wish to leave then it will be allowed to do so. It was for this reason, owing to the fact that the SNP gained a majority in the Scottish Parliament they were allowed to hold a referendum in 2014.

It is important to realise however that this is a political principle. The UK like any other nation state can grant the right to any of its parts to hold a referendum on independence. But it can also withhold the right. It can change laws. It can revoke treaties. Parliament is sovereign and a majority of MPs can more or less vote as they please. Moreover, convention in UK politics changes and evolves. While we govern by consent, we have the same rights as any other nation state to defend ourselves against foes both foreign and domestic. The consent by which we rule is not without limit. For instance, London could not decide to secede from the UK even if a majority of the people living there decided they were not British. We may or may not allow a right to self-determination, but like everywhere else it is balanced by the right of a nation state to maintain its territorial integrity.

We recognised the rights of Lithuania, Latvia and Estonia to secede from the USSR. This was because they were parts of an undemocratic tyranny. We likewise recognised the right of the parts of the former Yugoslavia to secede because force was used to try to prevent their leaving. But there is a limit. Few indeed are the European nation states that recognise Transnistria, Abkhazia, South Ossetia or Crimea as instances where secession was or is justified. It doesn’t matter that the majority in Crimea wished to leave Ukraine (if indeed they do) because Ukraine has a right to maintain its territorial integrity. The same goes for Moldova and Georgia. Kosovo was recognised by most of the Western world, but only because of the violence done to it by Serbia. Even here, not everyone recognises Kosovan independence, seeing it as a dangerous precedent. Spain for instance thinks that the right of Serbia to maintain its territorial integrity supersedes Kosovo’s right to leave. 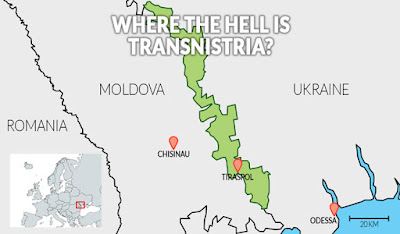 Does Catalonia have a right to a referendum on independence? No. Catalonia is a part of Spain in the same way that Crimea is a part of Ukraine. It doesn’t matter if the majority wish to leave, they cannot unilaterally decide to do so. Lots of countries in the world have or have had secession movements. They do not have to allow a vote on independence. The UK is one of only a very few nation states that has or would allow such a vote. Canada is another, though perhaps not any longer. But France for instance would certainly not allow Corsica an independence vote. The United States too famously refused to allow the Confederacy to leave even though not one Southern State voted for Abraham Lincoln and unquestionably a majority of voters wished to leave. The United States was willing to fight the bloodiest war in its history to prevent independence. This did not mean that the United States ceased to be a democracy.

It doesn’t matter that Catalonia at one point was an independent country in its own right. Crimea too was once independent and is only now part of Ukraine because it was annexed by the Russian Empire and then given to Ukraine by the Khrushchev. None of these things matter, because Ukraine has the right to maintain its territorial integrity just as much as the United States has.

It likewise doesn’t matter that some people think Catalonia is a country or a nation. These words are woolly and can apply to almost anywhere. I can decide that Aberdeenshire is a nation or a country and that people living here are a people distinct from the others in Scotland, possessing our own traditions and language. Almost anywhere can claim to be a country. But as places like Crimea and Transnistria have discovered, this does not have to be recognised. The reason is that what matters is not the word “nation”, or “country” what matters is the words “sovereign nation state”. These provide a place with the right to defend its territorial integrity.

Just because the UK gave Scotland the right to hold an independence referendum, it does not follow that Spain ought to do likewise. Different countries have different traditions. Moreover they evolve. The fact that Scotland has been given a referendum and voted “No” changes the convention. That vote has to be taken into account in the evolving question of whether there should ever be another vote. The result of a referendum cannot be ignored, at least not for a while. That too would be undemocratic. While we might be willing to allow a vote on independence, we do not have to allow it continually and whenever Scottish nationalists might want it. That is neither fair, nor reasonable and ignores the UK’s right to maintain its territorial integrity.

Is it wise however for Spain to try to prevent a vote on Catalan independence? This is quite tricky. I much prefer the UK method of solving these issues. Scotland was given a vote and the SNP lost. Now that we have also voted to leave the EU, which makes Scottish independence far less attractive, it may well be that Scottish nationalism simply withers on the vine. If so, then we have both been able to maintain our territorial integrity and grant the right to self-determination. We determined to stay in the UK. The granting of the referendum may have shown that because independence was possible it wasn’t necessary. Why leave a UK which is so democratic that it even is willing to vote itself out of existence?

On the other hand if David Cameron had simply told the SNP that they could not have a referendum would that have angered ordinary Scots so much that the demand for independence would have become unanswerable. Who can tell? We reacted to Theresa May telling Nicola Sturgeon that she would have to wait with relief and proceeded to vote out as many SNP MPs as we could.

It has to be recognised however, that while giving in to SNP demands to have a referendum may have worked out, it was a close run thing. We very nearly lost in 2014 and if the vote had been held in 2015, when the SNP won nearly all the seats in Scotland, then we probably would have lost. A nation state that continually allows a vote on its own existence is liable not to last very long.

Spain has existed for many centuries and is well within its rights to say that Catalan nationalism is transient and therefore ought not to be able to destroy Spain. The problem is that if Catalonia became independent, what of Galicia? Each part of Spain has a character and sometimes a language or dialect of its own. A glimpse at Spanish history shows that it is made up of parts that once were separate kingdoms. But whatever greatness Spain achieved in its history was because of its unity rather than its disunity.

Spain has the right to maintain its unity. But while there is not a universal, unilateral right to self-determination, there is a right to revolt. The danger for Spain is that by taking away the democratic right to self-determination it leaves the Catalans with only the option to take the matter into their own hands. While there is an obvious risk to Spanish unity by allowing a vote, refusing to allow it makes revolt more likely and also more justified. After all the United States declared it had a right to revolt from British rule.

This is where things get dangerous. The United States maintains both the right to revolt and to prevent revolt. It could fight its own war of independence, but prevented the Confederacy from achieving its independence. These principles have come down to us today. Secession is both allowed and not allowed. There is a limited right to self-determination and when a people have no other means to achieve it they may revolt. But a nation state has an unlimited right to self-defence.

So long as Spain is circumspect it will be able to maintain the unity of its country. No-one is going to recognise an illegal referendum, nor even an illegal declaration of independence. Catalonia will end up as Transnistria if it isn’t careful. No-one in the rest of the world apart from a few Scottish nationalists will either notice or care.  What Spain must avoid however, is any sort of violence. It is perfectly legitimate to enforce Spanish law in Spain, but Spain must do so in a proportionate way. The only way that Catalonia can reach recognised independence is if Spain turns it into Kosovo.

We don’t know what is going to happen. Hopefully nothing much. Let Catalonia go back to obscurity. Let the whole thing end up in a constitutional court tied up in knots that cannot be undone. It looks as if the UK has gone through its crisis and that the threat to our unity is easing. As usual the British way of muddling through has worked out. But this is Britain. It’s not Spain. Those Scottish nationalists who encourage nationalism in a country that fought a Civil War in the 1930s should realise that the example they have set has been followed. In Catalonia there is the same division and the same hatred and the same use of words like “Quisling” and “traitor”. Only they are much more dangerous words there. Spain has only been a democracy since the 1970s. The roots are not deep. Catalonia is divided, mixed in terms of language and identity and people are passionate. If there is tragedy, the fact that Catalan nationalism was in part encouraged by Scottish nationalism and saw it as an example to be followed will leave a stain on the conscience of the SNP that might equal if not exceed their dubious record during World War Two.

This post was originally published by the author on her personal blog: http://effiedeans.blogspot.com/2017/09/encouraging-nationalism-involves-heavy.html

Effie Deans is a pro UK blogger who works at the University of Aberdeen. She spent many years living in Russia and the Soviet Union, but came home to Scotland so as to enjoy living in a multi-party democracy! When not occupied with Scottish politics she writes fiction and thinks about theology, philosophy and Russian literature.
Previous Cut taxes and increase capital investment to boost growth!
Next The Marxist Labour danger is real