The false dichotomy: An independent Britain will not be isolationist or inward looking

More than 300 prominent historians have signed a letter warning against Brexit. Their intervention continues the long europhile tradition of framing the EU referendum debate as a false dichotomy. To further their argument they deal only in binaries in a thoroughly disingenuous fashion in order to portray all Brexiteers as regressive.

In their binary vision an independent Britain is inevitably isolationist, inward looking, backwards and cut off from Europe. To vote leave is to ‘cast ourselves adrift, condemning ourselves to irrelevance’. This only holds water by tarring all Brexiteers with the same brush, using the minority of parochial minded, xenophobic types to smear everyone who believes we should leave the EU.

Only by accepting this falsehood can they then convey a vote to leave as a vote for “pulling up the drawbridge” and turning inwards. As if all the worst desires of resentful minority will become our new national identity. But there is no reason at all for this country to abandon its long held outward looking instincts. It is a cynical fantasy to imagine we would not be fully engaged in European and global politics if we left the EU.

As historians of Britain and of Europe, we believe that Britain has had in the past, and will have in the future, an irreplaceable role to play in Europe

Britain has indeed played an incredibly significant role in Europe in the past and it absolutely must continue to do so in the future; all we ask is that we do so as a cooperative ally, trading partner and supportive sponsor rather than as a subordinate state in a political union subject to a supranational government. One would think that all non-EU countries were totally disengaged from the global political system; but this is patently not the case.

The lesson of history is that British isolationism has often been associated with continental disintegration.

It’s that “i” word again. After forty years of political integration even leaving political and judicial union doesn’t mean we are fully disentangled from the EU. We never will be. We have a deep interest in the political and economic developments of the continent; t’was ever thus. As a neighbour and an important component of Europe, we will continue to work very closely with our allies across the Channel.

In the immediate aftermath of a vote to leave, this country will not bow to the irrational urges of a tiny minority who think we can cut ourselves off from Europe and turn away. However, leaving the EU will be the biggest geopolitical shake up since the fall of the Berlin Wall and the first task of the British government will be to reassure our allies and speak in conciliatory tones. We will need to hold out the hand of friendship and speak of our determination to work with the EU as much as possible to create a better Europe and a better world.

Our leaving must be framed in positive terms, making way for a new constructive partnership rather than our current tendency to create difficulties, block integration, complain from the sidelines and whip up resentment of the EU to abdicate responsibility for actions that displease the domestic audience. Our behaviour often puzzles and angers other Member States and they will see positives in our becoming a supportive sponsor outside the Union.

The ever opportunistic George Osborne was quick to pounce on the historian’s letter to reinforce the negative image of Brexit:

They all argue that as a nation we are at our strongest when we are outward-facing and engaged in the world.

Again this falsely assumes that without the EU we necessarily must disengage with Europe and the world when the truth is that to make a success of independence we must do the opposite. We will need to full engage with the international political network and global trading system and find a new role in Europe. We will be with Europe, but not of it.

Our economy will still be closely integrated with the European system. We will continue to cooperate closely across a wide range of activities such as security, science, aviation, sport and academia. This is mutually beneficial and inevitable; those who assert that this will all end, as well as those who promote the idea of cutting ourselves off, are selling a wholly unrealistic scenario which has no credibility whatsoever.

There are many mutually beneficial shared administrative and political activities which we will continue to participate in, including: Horizon 2020, the Single European Sky, the European Space Programme, shared customs operations, sanitary and phytosanitary controls, anti-dumping measures and maritime surveillance.

Contrary to the nonsense spouted by remainers about how all cooperation would case if we left, we see that  Norway participates in twelve EU programmes, including Horizon 2020 Erasmus+ and the Copernicus Programme. It also takes part in 26 EU agencies. The UK will continue its participation in many of the same programmes and agencies beyond the length of its current obligations.

Norway also pays into the European system of cooperation and development. The “Norway Grants” are paid by Norway as a form of aid for the economic rehabilitation of post-Communist countries, these amounted to around €804 million in the period 2009 -2014. This money is not paid to the EU. Norway also provides 95% of the funding to the EEA Grants, which alongside the Norway Grants brings the total to €1.8 billion from 2009-2014. 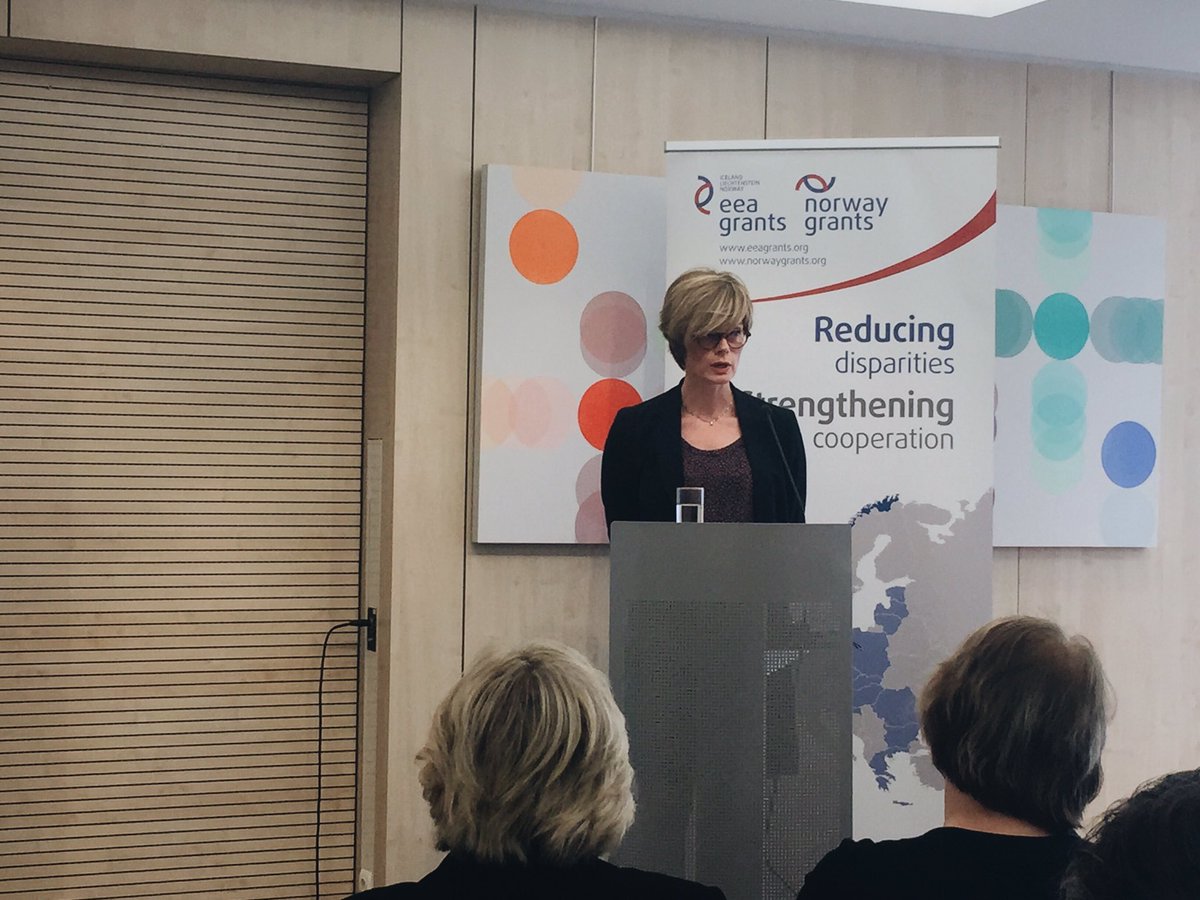 Britain will inevitably create a similar system to build a better Europe to the benefit of all. There will be no turning away of cutting ourselves off; European countries will work together to increase prosperity and happiness on our wonderful continent. Norway is integral to this; an independent Britain will be too.

National independence also opens up fantastic opportunities to exert influence in Europe and beyond. With the ability to act and use our global vision and free trading instincts we can make Britain and the world a richer and happier place. As important as the Single Market in Europe is; there are far bigger and wider ranging benefits to pursuing a multilateral strategy for trade and helping to kick start the global trading system.   We need to help build the global marketplace that will facilitate international trade, raise industrial and commercial standards and help the global economy recover and flourish.

We won’t be closing the borders, breaking out international obligations or cutting off foreign aid. In-fact, with the ability to coordinate our aid policy with our trade policy we can take a far more active role in international development both unilaterally, with allies and via the UN. This has the benefit of facilitating trade and is the best long term strategy for developing third world countries and dealing with migration in a positive way.

We have effectively outsourced our aid policy to global NGOs at whom splash vast sums of money with too few conditions and little oversight. By linking development and aid policy we  can invest in sustainable development rather than just giving unaccountable NGOs a free run. Some people call for an end to foreign aid and for us to trade instead; but we cannot boost trade with nations that don’t have the quality ports, roads, infrastructure and institutions necessary for exporting and importing on a large scale.

We need to offer assistance in governance, and in developing domestic taxation systems as well as developing infrastructure. By spending aid money directly and then nurturing trade links we can enhance third world economies as well as our own; eliminating the need for subsistence aid. While the EU maintains an economically parochial instinct and unscrupulous fishing practices that hurts the third world, an independent Britain can go global. Our engineering, scientific and administrative expertise are in high demand. We can open up new markets  and develop poor countries with underdeveloped political and economic systems.

I object to the miserable caricature that the remainers depict; they don’t believe in this country and they are stunted by their little European mindset. We can help lead the way to a better Britan, Europe and beyond  by embracing this exciting globalised world.

That’s the Britain I believe in.

This post was originally published by the author 26 May 2016 https://thescepticisle.com/2016/05/26/the-false-dichotomy-an-independent-britain-will-not-be-isolationist-or-inward-looking/

Ben Kelly is a Political writer, editor & #Brexit campaigner who resides in Yorkshire, United Kingdom. He is the Web Editor of Conservatives for Liberty and blogs in his personal capacity campaigning for Brexit at The Sceptic Isle.
Previous Osborne 2, the horror movie
Next Janan Ganesh Is Wrong: Britain Can Still Make History – If We Leave The EU