The government has addressed the issue of social care, acting at almost unprecedented speed, some might say haste. Depending on perspectives, a tax has been increased, alternatively, a new, tax, the Health and Social Care Levy, has been created, as announced by Jesse Norman, Financial Secretary to the Treasury.

There is little argument against the need for additional budget for social care. It can be argued that the NHS is a victim of its own success in extending life expectancy. National Service Frameworks (NSFs) were introduced around the turn of the millennium. One of the outcomes was to reduce the rate of cardiovascular deaths from heart disease in those aged under 75 by 40% in ten years.

The ageing demographic profile led to an increase in demand for health and social care, although it is recognised that a significant element of social care provision is focused on the young, for example with learning and mental health difficulties.

Other conditions that rise with the increased life expectancy include hips fractures, the mortality rate having declined in the last couple of decades, in part due to improved medical and surgical interventions. Hip fractures are estimated to cost around £1 billion p.a. Stroke care is estimated to cost £3 billion.

Undoubtedly, the greatest cost is dementia. Surprisingly, in the various documents that were released, there seems to have been little effort to identify the costs. However, the Alzheimer’s Society estimate a total annual cost of £34.7 billion, a part of that being a provision for unpaid carers, or £32.250 p.a. per patient. The number of patients has been projected to double to two million by 2050.

Alzheimer’s Society provides further estimates of average life expectancy; four to eight years after diagnosis although this can reach 20 years.

There are obvious unknowns, for example it may be that medical interventions under research might reduce the burden of disease. On the other hand life expectancy might increase.

The speed between the announcement of the latest proposals and the vote is down to the procedure for raising a new tax, therefore a fiscal measure and subject to a Ways and Means process. Ordinarily, one would expect reform of a system to be subject to consultation before the budget has been allocated. The process chosen allows for interim revenues, averaging £12 billion p.a. to augment the current NHS budget.

What might be interpreted as a further example of haste is in the Treasury‘s accompanying document which contains three graphs apparently designed to demonstrate a “progressive” approach to the effects on income, expenditure and wealth relative to deciles of the population.

Yes, like many taxes, they can be progressive up to a point before becoming regressive. One does not have to look to far to see the obvious flaws, partly based on income levels. It might be helpful to take a different perspective, considering the Health and Social Care Levy as a wealth insurance policy.

For those with low incomes, below the new levy threshold, living in rented accommodation and with assets of less than £23,250, no levy is paid and social care is received. 100% of wealth protected.

At the top end, high earners will be taxed on higher pensions and dividend income, ostensible paying much more. However, when bringing wealth into the equation, income from interest or from a property portfolio has their wealth insured subject to an excess of £86,000, perhaps close to 100%. If the amount is held in liquid assets, their home will be protected.

Contrary to the principles of the Levelling Up agenda, this will have greater impact in some areas than others. An example used in the House of Commons by an abstaining Conservative was in County Durham where the average house price was reported to be £120,000, the patient and partner potentially having to downsize to a £60,000 home (minus transaction costs such as estate agents and conveyance fees) or more likely, face increased costs with rented accommodation, wealth insurance provision being nil or even negative.

Yes, the levy is progressive at the extremes but is regressive in the majority of the range. The wealthy will benefit at the cost of the middle income earners and wealth holders.

Any economist will refer to Adam Smith’s cannons of taxation. Although there have been some variations over time in interpretation, “equity” or fairness is a popular version.

It is a matter of debate whether it is fair for the younger generations to shoulder a burden of the revenue raised, particularly when their parents held no liability for loans for tuition fees. It could equally be argued that university provision was less back then.

On a geographical level, there is also a debate about whether there should be regional variations in asset levels, given that the South East has experienced vastly higher property price growth which over time, hence the levelling up agenda, has been reflected in income and wealth generation.

Perhaps a bigger question is whether the new levy is actually fit for purpose in the amount projected to be raised.

Other financing options had been explored by a Select Committee, which if presented with after the reform bill, apparently due in October, at a second reading may have led to other taxes being hypothecated. An example, given the potential impact on the housing market, being Stamp Duty, CGT is another, even a new wealth tax to provide wealth insurance.

On a more pragmatic level, it has been noted that the new levy was not presented during the debate by the Chancellor of the Exchequer, at time of writing being unexplained. The breach of a manifesto promise and introduction of a new tax will surely see history reflect on his absence. The debate was concluded by the Chief Secretary to the Treasury.

On this occasion, the Treasury has not covered itself in glory, the impact analysis being shallow and hardly worthy of the reputation of excellence enjoyed in the past. However, as George Osborne demonstrated over Brexit, they are the behest of their masters, not the taxpayers.

As Harold Wilson said, a week is a long time in politics. There are many weeks before an election has to be held.

This post was originally published by the author on his personal blog: http://www.rexn.uk/2021/09/09/health-and-social-care-levy-a-view/

Rex is a freelance writer in medical affairs, economics and sport. A former teacher and examiner of Economics, his interest in European Union affairs took root when discovering the depths of the Maastricht Treaty. He is a committed democrat having campaigned for a popular vote to decide on further integration measures, based on fact rather than spin.
Previous A new wicked Tory Poll Tax?
Next Scotland is poorer because of Sturgeon not Brexit 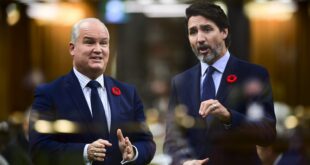 Thoughts on the Canadian Vote