Pictured are Soldiers of the Mass Bands and Household division marching in front of and behind HRH Queen Elizabeth returning back to Buckingham Palace. All the Royal Colonels accompanied Her Majesty on the parade, with The Prince of Wales, The Duke of Cambridge and The Princess Royal riding on horseback; The Duke of York also rode for the first time in his new capacity as the Colonel of the Grenadier Guards. These operational soldiers, for many of whom this was their first Queens Birthday Parade, are fresh from recent exercises in Dartmoor. They are famed across the world for their immaculate turnout and ceremonial prowess, but as a dual-role battalion they are equally busy with operational training and duties.

Thank you!  Thanks to all those who kept the governance of this country in the hands of the people who live here.  We still have a home that we can call our own.

Our independence is one of the most democratic and fair decisions ever made in the UK.  It was not just the Referendum that made this decision. In the 2017 General Election most parties promised to implement the Referendum and, although she was leading a faltering and weak government, Theresa May was returned to power on this promise.  In the 2019 General Election those who had obstructed independence (despite their 2017 promises) were punished.

One Referendum and two General Elections have shown that the UK truly desires independence.

The enemies of independence have used character assassination, conspiracy theories and ID politics to revile the heroes of the independence movement such as Nigel Farage, Jacob Rees-Mogg, Boris Johnson, Arron Banks and Kate Hoey.  But think kindly on them. 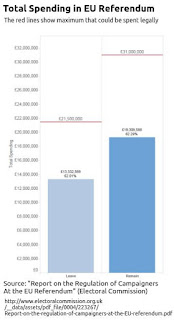 Nigel Farage is the Solon of modern UK politics.   He even semi-retired after the Referendum thinking the job was done.  Jacob Rees-Mogg and Mark Francois kept the light of independence glowing during the dark days of Hammond and May, the Remainers who promised to implement Brexit but then thwarted it.  Kate Hoey deserves praise as one of the few Labour MPs who supported the ordinary people against the EU.

The sheer enthusiasm and patriotism of Arron Banks deserves mention.  He made some serious errors in his keenness to get funding and marshal support but these were no worse than the use of US Investment Bank funding and other un-publicised and un-investigated behaviours of the Remain campaign.

It is fantastic how, despite having far less funding than Remain and their demographic being people who did not use social media, the campaign for independence won through.

We should celebrate these people.  They were flawed but heroes are always flawed, what makes them heroes is that they were dedicated to the cause despite the most brutal and hard fought campaign by our enemies.

One Referendum and two General Elections show that our independence is the most democratic decision ever made in the UK.

After the 31st January 2020 Britain has left the EU.  Remain ceases to exist.  Some Remainers will have joining the EU as their new ambition.  In five years time there may be a General Election that returns a party that desires to once again join the EU.  What are their chances in a Referendum?

In all the furore about Brexit our media have either missed the Franco-German Meseburg Declaration or downplayed it to avoid support for Leave.  The new pan-Eurozone budget is initially 17 billion Euros but will undoubtedly grow.  With a single Central Bank, budgetary oversight by the Eurogroup Council, a unified defence force and ever increasing trade interdependence there is little that can stop full Eurozone union except a highly improbable break up of the EU.  The EU is already a very different place from how it was in 2016. Even Le Pen supports the Euro knowing that France can now never leave.

In five years time any party supporting joining the EU will need to justify the Copenhagen Criteria which assess the ability of applicant states to take on the obligations of membership including adherence to the aims of political, economic and monetary union.  Given that during the long Treaty process the UK obtained opt outs from political and monetary union it does not fulfill the Copenhagen Criteria at present.  In principle it should be rejected as a member of the EU by the EU.  Any party that wishes for EU membership will need to convince the electorate that joining the Euro, handing over defence to the EU, joining Shengen with total free movement of people and increasing the UK’s budgetary contribution to the EU are worthwhile.  Those who supported Remain and wish to join the EU again will be faced with justifying the EU project instead of critiquing Brexit and they will lose.

On 31st January 2020 it is over, the UK will be permanently outside the EU.  Permanently independent, its own people governing its land, people and economy.  Rejoice!

This post was originally published by the author on his personal blog: https://pol-check.blogspot.com/2020/01/independence-at-last-hooray.html

Dr John Sydenham has worked in International Pharmaceuticals and for one of the "big four" International Consultancies. He ran a successful company for 15 years and after selling the company devotes his time to travel, science, black labradors and freedom.
Previous Boris Johnson is the Leader Global Politics has been wanting
Next The individual versus the diversity quota