Indyref; or, ’tis three years since

I resolved earlier this summer to not write about Scottish nationalism, the SNP or even Scottish politics. For the most part I have stuck to this resolution. For the moment there isn’t really anything to write. But as we approach the three year anniversary of the independence referendum I’ve decided to make an exception. But this time I’m not really trying to persuade those who are sympathetic to Scottish nationalism. Rather I think it is for us Pro UK people to learn a lesson.

I have gradually been building towards the conclusion that we were very lucky indeed in 2014. Part of the reason for this is what happened a year ago during the referendum about leaving the EU. Scotland might well have voted to leave the UK and for exactly the same reason that the UK voted to leave the EU. On both occasions the “Remain” campaign was dreadful and achieved the opposite of what it intended.

I have long thought that “Better Together” could hardly have been a worse slogan and strategy. This came to me gradually. For a very long time indeed I went along with it, writing articles about all the disadvantages of leaving the UK and all the advantages of remaining. None of these did any good. All of them missed the point.

“Better Together” implicitly concedes defeat by acknowledging the possibility of being apart. No-one, but no-one, would argue that it is better for Kansas to be together with North Carolina. To suggest that Brittany is better of being together with Normandy would be met with bemusement in France. The reason for this is that both French people and Americans think that they are one nation indivisible. Therefore it is unthinkable that they should split.

“Better Together” acknowledged separation while attempting to argue that we should not separate. It should instead have said that the UK is one nation indivisible and therefore separation is senseless. But this is the problem at the heart of our thinking about the UK. For centuries we have acted as if we were similar to the EU. We have played “international” football with each other and have allowed separate identities to develop. Our Pro UK politicians concede the nationalist argument by continually acknowledging the separateness of the parts of the UK and then use a combination of bribery and threats to try to hold the whole thing together.

Because “Better Together” agreed with SNP assumptions it was left with mere calculation. Let’s tot up all the economic advantages of staying in the UK and point out all of the economic disadvantages of leaving. Also let’s make leaving the UK seem as scary as possible. The worst thing about this is that it is all mere contingency. What if at some point Scotland had an economic surplus? Should we then all vote for independence? The “Better Together” strategy amounts to praying for Scotland to remain poor and dependent. God forbid that Scotland should ever have policies that meant we made a profit! But wishing in this way is not to wish for us to be better, it is to wish for us to be worse. This is obviously not a strategy at all.

The exact same strategy was repeated in 2016 with regard to the EU, but this time it lost. It very nearly lost in 2014 too. The reason it lost is that it is a terrible strategy. This is not because of economics. We can debate endlessly about economics. Some people believe one thing about economics and vote Labour, others believe something else and vote Tory. It’s not about the economy stupid.

Imagine a young couple who have just got married, but they can’t afford to buy their own house. They decide to remain living with the elderly mother of one of them. There is a lot to be said for the arrangement. The mother is getting old and needs help in the house. She’s lonely and welcomes the company. It’s perfectly possible to imagine this arrangement working well and benefitting everyone. Imagine however that the mother kept going on and on about how she paid more than the young couple. What if she said I pay more of the bills than you do? I pay more for food. I have more money than you do and therefore subsidise you. How do you suppose this arrangement would work out? My guess is that after a short while the young couple would move out. They would do this even if moving out meant a struggle and even if it left them worse off. It’s not about the economy stupid, it’s about the psychology.

Every country that ever became independent went through difficulties. The United States fought a war of independence, so did many other countries. If a country really wants to be independent a few years of economic difficulty are not going to deter it. Why would they? If some countries have thought it worth fighting a war to achieve independence why would a paltry thing like changing currency deter them?

Every time someone told Scots about what a disaster it would be if we voted for independence one more Scot decided to “leave the house”.

Since the independence referendum fewer and fewer people have been telling Scots that it would be an economic disaster if we voted to leave the UK. It is far better just to let the economic situation speak for itself. We don’t need to bang on and on about it.

Scots are not stupid. We know that the price of oil has fallen. We also know that we get a pretty good deal from the UK Government. But let’s just leave it at that. Don’t rub our noses in it. Families don’t count the cost.

Every year there are the so called GERS (Government Expenditure and Revenue Scotland) figures. These are, no doubt, of interest to economists and the bureaucrats who run Scotland, but discussion about these should be left to the financial pages. Scotland is not an independent country and luckily we don’t need to worry too much about whether we are running a surplus or a deficit. If Scotland ever became an independent country our long term economic prospects would depend on the choices, the resources and the decisions of a Scottish Government. Nothing in these GERS figures shows either that Scotland ought or ought not to become an independent country. So let’s just ignore them.

During the independence campaign the SNP made some rather optimistic economic claims. Sometimes they still do. It is perfectly reasonable to point out where they make errors. But generally it is better to let the economic situation of Scotland speak for itself without any glee.

Imagine if my young couple were going through difficulties. The husband was very optimistic about his future, but instead lost his job. Would it be a good idea if the mother every moment told him about how his hopes had been dashed and how now he was dependent on her? Would this make it more or less likely that the young couple stayed in the house? Is it becoming clear yet that Project Fear and Project dash Scotland’s hopes is a stupid strategy?

The Pro UK task is to be positive about the UK and attempt to make people feel unity rather than disunity. We do this by treating everyone in the UK as part of our family. Being nasty about the various parts of the UK, telling these parts that they are useless or dependent or hopeless economically does nothing at all, for our sense of being one family with ties of affection that hold us together.

It doesn’t matter if what “Better Together” said about the economic situation is true or untrue. It doesn’t matter if Project Fear was accurate or inaccurate. It was psychologically obtuse. Tell a teenager how he couldn’t manage on his own and you will invite him to flounce off saying “I’ll show you”. Moreover he will show you.

Support for independence is falling because of what we don’t say rather than what we do say. We don’t every day get some “Pro UK” politician on the news who thinks that insulting Scots is a good way to get us to stay in the UK. It doesn’t matter that the insult is true. If I’m thin and you call me “fatty” I won’t take it as an insult. I’m only ever insulted by things that are true. It doesn’t therefore matter that what certain commentators say about the Scottish economy are true. It doesn’t matter that Scotland would be worse off if we voted for independence. What matters is that we don’t bang on and on about it.  Continually reminding Scots that we are dependent and that we run a “deficit” doesn’t help the Pro UK cause, it hurts it. These arguments persuade no-one to join us, but rather persuade many to leave us.  The logical reaction of telling someone continually that they can’t afford independence is for them to try it anyway. This may or may not be stupid economically, but it is the human reaction. It is how we are.

If Remain had campaigned relentlessly about the merits of the EU and had said nothing whatsoever that was negative about Britain, they would have won. Instead they insulted Britain. They said that the sky would fall in if you vote to leave the EU. They said that Britain couldn’t possibly manage outside the “EU house” and in effect that the EU itself as opposed to the Eurozone was a burning building without any exits. All of the relentless negativity from Remain amounted to an insult. In the end it sounded unpatriotic and it made us seem weak and pathetic. It is for this reason above all that we voted to leave.

‘Tis three years since. The genius of Walter Scott is that he portrayed the attractions of Jacobites while at the same time showing that this was something in the past that was not to be revisited. He was in this way able to find reconciliation between the Stuarts and the Hanoverians and for this reason even George IV when he visited Edinburgh could celebrate the 45 Rebellion. In time people in the southern states of America could both celebrate their heroes and their ancestors who fought in the Civil War while being glad that the United States remained intact. This was the key to reconciliation. So too Scott could celebrate the cause of Charles Edward Stuart while recognising the stability and prosperity that came with the Hanoverians. 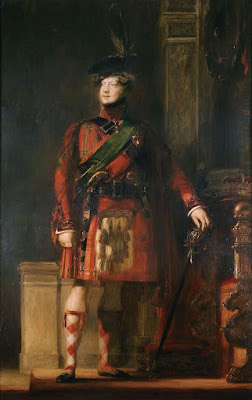 The key to reconciliation today in Scotland is to acknowledge that those Scots who voted for independence were not stupid economic illiterates. Rather in part they were responding to a misguided “Better Together” campaign that was the equivalent of the Duke of Cumberland bayonetting the wounded. We are one UK family. Let us not count the cost and let us not go on about it. In this way perhaps sometime before we arrive at the sixtieth anniversary of the independence referendum we will find reconciliation just as we did once before.

This post was originally published by the author on her personal blog: http://effiedeans.blogspot.co.uk/2017/09/indyref-or-tis-three-years-since.html

Effie Deans is a pro UK blogger who works at the University of Aberdeen. She spent many years living in Russia and the Soviet Union, but came home to Scotland so as to enjoy living in a multi-party democracy! When not occupied with Scottish politics she writes fiction and thinks about theology, philosophy and Russian literature.
Previous Feast your eyes and your appetite: Toronto
Next Remain’s arguments have been proven false