I almost feel sorry for Theresa May. Not so sorry that I don’t want her removed from office; to be honest she was a lacklustre and almost invisible Home Secretary and her slouch-shouldered, cringeworthy carriage does little to endear her to audiences. But she has done her job in a world which does not favour the bold any more and in managing to still occupy Number Ten after all the toxic briefings, leaks and open insurrection of party members she has demonstrated that she knows how to play the game of politics. Such a shame it is a game in which non-combatants take most of the casualties.

I have pondered the conundrum of the non-job economy which has proliferated over the last few decades. I can’t say I blame it on the EU, or on Tony Blair or any particular individual, but what I see depresses me. Some of the best paid jobs around bring approximately zero value to the world. Reciting the mantras of equality and diversity and trotting out the tired old memes that gender is a social construct, etc, requires no productive effort whatsoever. Yes, you expend a degree of mental energy in dreaming up new slogans, new arguments to cancel out the past and new ways to be offended, but what is the point of you?

The cogs in this right-on world somehow manage to mill money, to recycle wealth among themselves, but where did this wealth come from? The people who bake your bread and build your houses; the people who toil in manufacturing to make the things that clothe your world in luxury and convenience; the actual workers, who so many of you claim to represent are barely aware of your presence and if they do notice you, see you only as a detached talking head of no relevance to their own lives.

Millions of people are slaving away on minimal wages so that thousands can give themselves titles such as ‘head of customer experience’ in the NHS. They got sick, they saw the doctor, they got better. Customer experience? They are ecstatic. And have you noticed how much more ‘diversity’ has been foisted upon us since they started coordinating it; what is it about the non-job universe that cannot see the damage they do? The rancid disease of identity politics infects young minds, poisons discourse and generally weakens the nation. Perhaps that’s the point.

And now, even the worlds’ top brains have signed a letter saying that science ‘might’ suffer if the UK leaves the EU. Et tu, scientists? Seriously, you people who live for the possibilities, search for the truth, uncover the meaning of the universe… you honestly think you can’t survive a change to your funding model? The mechanisms might differ but surely your enormous brains must be capable of explorative optimism and not the reductive misery of capitulation to non-job groupthink. 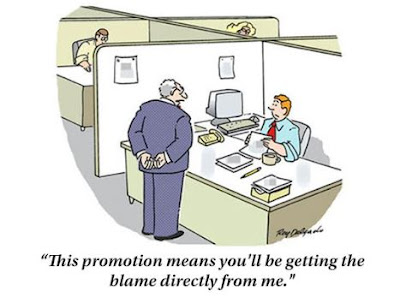 So yes, although I value Theresa May’s contribution to wellness in the world somewhere below where I would rate a half-decent doughnut, I appreciate it can’t be easy working out who you need to appease and then pretending to appease them. The bureaucracy of political correctness can often obscure your vision and blur the line between action and talking about action. But the talking is done now, so pleaser, Theresa, appease ‘em no more.

This post was originally published by the author on his personal blog: https://batsby.blogspot.com/2018/10/jobsworth.html

'Battsby' is a down-to-earth Yorkshireman who has spent his life wondering what he wants be when he grows up. He is currently wrestling with the madcap world of current affairs while thinking about writing a novel based on the destination of the nation - to hell in a handcart.
Previous People’s Vote Celebrities Burnish Their Woke Credentials By Giving False Hope To Remainers
Next Lessons On Populism, From Bono