For 95 years the BBC has kept itself in business on the backs of ordinary working people, claiming to be “impartial, free and fair”, but have proven to be quite the opposite. For years they’ve promoted their own interests of a pro-EU agenda, probably because they have been bought out by EU grants in recent years that they kept quiet when it was time to count the books.

The average household currently pays between £145.50 and £147 per year to keep the propaganda machine running. The only exceptions are people over 75 and those with severe visual impairments who receive a discount, along with those who only have a black and white television who’s charge is reduced by 50%.

Since 1991 the BBC themselves have been the TV Licensing Authority, meaning they are the ones who collect and enforce these rules and prosecute those who are “caught watching TV”. One tenth of prosecutions in this country are for not paying the license fee, this is so Totalitarian that it’s practically Orwellian.

Recently a petition to Parliament which I have no shame admitting I signed passed 10,000 signatures and was debated by the petitions Committee. Helen Jones MP was the first to speak and I can’t stress enough how badly her and others on the Committee missed the point of this petition.

Mrs Jones argued that we shouldn’t abolish the license fee, as there is “no other alternative[to funding the BBC]”. That was probably the exact reason so many people signed this petition, we are displeased with the Statists and their propaganda machine, we wish to be able to boycott our institutions and the only we can do so is with the freedoms provided by the market. 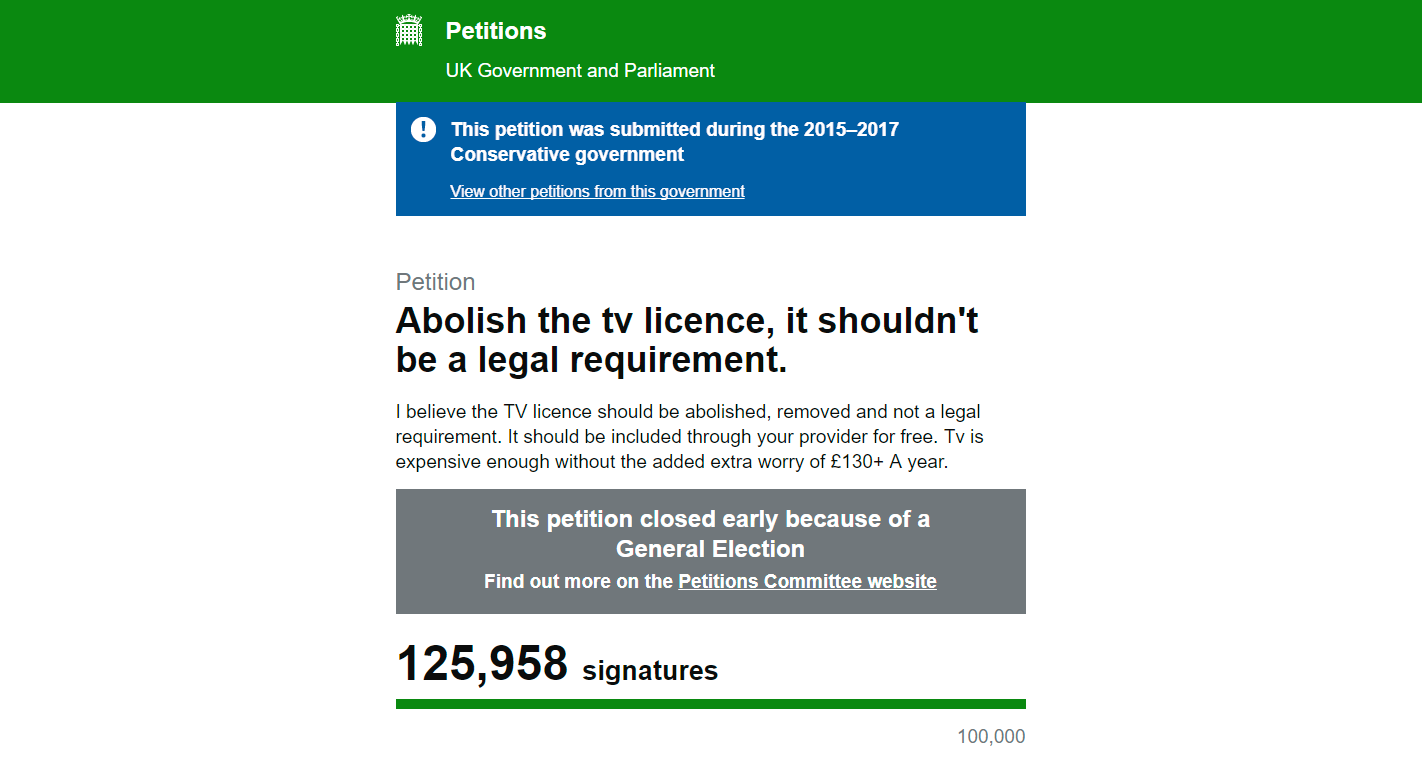 Many left leaning people in the UK will constantly tell you of how Rupert Murdoch, the Daily Mail and the Telegraph are examples of elite media outlets that are corrupting people’s minds. But I’m definitely more worried by the BBC than I am of these other institutions, if one dislikes what they read in the Daily Mail then it’s simple, don’t buy it. Boycott the company, the same with any company they’ll only have dominance if the consumers keep giving it to them.

Whereas the State media will ALWAYS have dominance, you can’t boycott the BBC because they’ll take your money whether you pay attention to them or not, therefore it’s immoral and undemocratic to have state funded media, Turkeys asking for Christmas.

In my own opinion as a Libertarian I’d say: scrap the license fee then put the BBC on the market. I guarantee people will only start talking about BBC bias if it’s purchased by Murdoch, they won’t say anything about the clear left wing bias over the past couple of decades. Former Director General of the BBC, Mark Thompson admitted himself: “There was a massive bias to the left. They[the BBC] did struggle with impartiality”. Even the Iron Lady said she “had to fight three elections against the BBC”.

All in all I’d say the entire Department of Culture, Media, and Sport is a pointless area of Government. It receives £1.5bn in funding each year from the pockets of ordinary working citizens along with the hypothecated tax that is the license fee to the BBC; a decent few billion that could have gone a long way in our country’s Defence which is now cutting numbers in the Armed Forces when we already have a recruitment problem. Other options could include reverting to a National Heritage Department, similar to how it was during the John Major years before President Blair came along, or simply reimbursing the taxpayer and allowing them to keep more of their own money.

Adam is a Conservative concerning economic and social issues with a Libertarian streak on civil issues and foreign policy, the latter of which interests him most. From the town of Oldham and currently studying for his LL.B at Manchester Law School with ambitions of achieving a Reserve Commission. Has represented the Daily Globe on RT UK and is open to other inquiries.
Previous Brexit Means a New Britain, an Innovator in Trade, Diplomacy and Development.
Next The State of #Brexit: Good progress but the fight is far from over.