Puttin’ on the black shirt

Soviet and German soldiers meet as allies in 1939

Until relatively recently I thought that antisemitism was more or less dead in Britain. Popular fiction from before 1939 regularly contains the sort of casual unpleasant remarks about Jewish people that are rarely heard in public nowadays. Oswald Mosley and his Fascist thugs lost the Battle of Cable Street because the Left and the Jews united to defend the East End from the Blackshirts. This more or less killed off the Far Right in Britain.

The films that were shown after the war depicting the endpoint of antisemitism made most people realise the consequences of those casual nasty remarks.  Decent people made them less often if at all. A few years ago I would have thought antisemitism in Britain was something you find only in antiquarian books. But a new strain of the old disease has proved contagious, only this time the Anti-Semites don’t wear black shirts. They deny that they have anything against Jews, which is a far cleverer way to be anti-Semitic than to be open about it. It’s not the Far-Right that threatens Jews in Britain. The Far-Left which once joined with Jews to defeat British fascists has now metaphorically put on Mosley’s uniform and resurrected a hatred and perhaps a party which it once helped to bury. 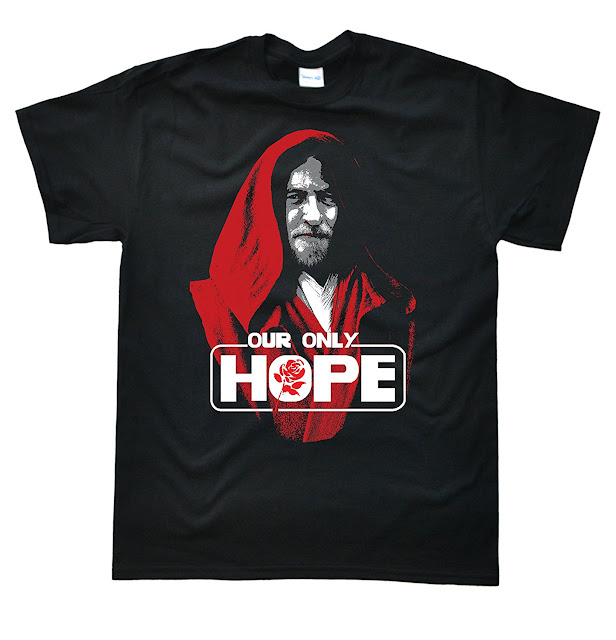 There was never that much difference between the Far-Right and the Far-Left. Just like going round the equator, if you go far enough to the left you meet someone who has gone far enough to the right. National Socialism becomes communism by adding the prefix “inter”. Hostility to Jews was common in the Soviet Union and at various times there were purges of Jews just as in the old days there had been pogroms.

Old style casual antisemitism is still common in Russia. It can be quite disconcerting to hear the slurs and the stereotypes about business and bankers controlling the world. But it was in Russia too that new style antisemitism developed. During the Cold War the West supported Israel while the Soviet Union supported the attempts by the Arabs to destroy it. People like Mr Corbyn who grew up supporting, if not helping the Soviet Union and indeed any other of Britain’s enemies would have followed the anti-Israel line simply because that is what fellow travellers did.

The Left also has a hierarchy of victimhood that determines who they support. At the bottom of the heap are white men. These must never ever be supported. At the top of the heap are women, homosexuals, religious minorities who are not Christians, transgender people, and ethnic minorities who look as different as possible from white men. Who is at the top varies. At the moment the transgender card trumps the female card, but the ethnic minority card trumps any other card. It is for this reason that Mr Corbyn and friends will sympathise with groups fighting Israel. After all Israelis have western values. They are successful and are frequently indistinguishable from the average Brit. They just don’t tick Mr Corbyn’s ethnic minority box.

Hamas may have a poor record with regard to women, transgender rights and homosexuality, but they represent an ethnic and religious minority in Britain. It is this above all that fuels the new style antisemitism of the Left. Sympathy with Israel’s enemies just like sympathising with the Soviet Union means ignoring whatever faults they may have. There may have been Gulags, but at least they wanted to create socialism. Isn’t that model collective farm a wonderful new method of agriculture? Don’t mention the famine.

Arab states may have poor records with regard to religious freedom, or individual rights, but at least they want to destroy the West’s only real ally in the region. This was their virtue for the Soviet Union and it is also there virtue for the Left in general. But just as the Soviet virtue of attempting to create socialism meant that its other faults could be ignored by the Left, e.g. siding with Nazism in 1939, so too the virtues of the Arab world and the fact that they tick the religious minority/ethnic minority boxes means their vices can also be glossed over. It is for this reason that the Left ignores the widespread antisemitism that is a feature of the books published in the Arab world and views with tolerance the frequently expressed intent to destroy all of the Jews living in the region.  But really, if you support someone who wants to kill Jews, what does that make you? You may not use ethnic slurs about Jews, but you still suffer from a new strain of a rather ancient disease.

New style antisemitism crucially involves a double standard. Whatever Israel does, including the fact that Israel exists, is judged less favourably than anywhere else. I used to spend quite a lot of time in Kaliningrad, formerly Königsberg in East Prussia. It is now a Russian exclave next to Poland and Lithuania. Until 1945 this city was more or less 100% German. There are almost no Germans left there now. The Germans either ran away or were driven out. What would happen if the descendants of those Germans were living in refugee camps bordering Kaliningrad? What would happen if periodically they engaged in acts of terrorism or lobbed missiles into Russia? The Russians would go crazy and would do whatever it took to stop the Germans from attacking them. No-one would question the justice of their doing so. 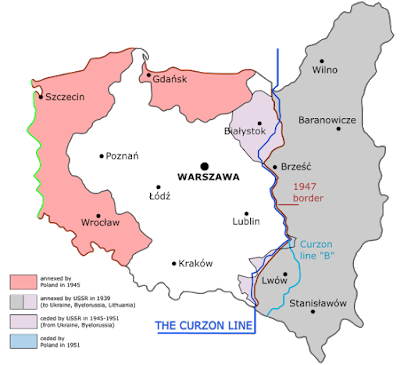 Many boundary changes occurred because of the First and the Second World Wars. Poland lost large chunks of territory in the East in 1939 and gained large chunks of territory in the West in 1945. The Ottoman Empire broke up after World War One and the states of the Middle East were created by means of the British and French drawing lines on a map. Such boundaries and boundary changes frequently involved arbitrariness and injustice. Germans and Poles who had been living in certain places for centuries were forcibly removed. They had to accept this fact and get on with their lives. No-one in Britain, least of all Mr Corbyn complains about the rights of Poles and Germans to return to the homes that their ancestors lived in. No-one worries about the injustice of boundary changes involving Poland and Germany, we only ever hear about the supposed injustice of Israel’s borders. Why single out Israel because as a result of two world wars, the decision of the United Nations, its own war of independence and various subsequent wars it has the boundaries that it has. Why is this uniquely of concern?

Since 1945 a large number of people have migrated to Britain. There have been benefits from this and there have been difficulties. But whether you think there has been too much, too little or just enough migration, few British people would say that they oppose all migration. Fewer still of these people are from the Far-Left. I can’t remember Mr Corbyn ever complaining about anyone coming to Britain.

Jewish people in Eastern Europe at the end of the nineteenth century had a well-founded fear of persecution. Some of them decided to migrate to Ottoman Palestine. Subsequent events would demonstrate just how well founded that fear was. Jewish migration continued during the period of British Mandatory Palestine. Some of them arrived illegally. Mr Corbyn has no complaints whatsoever about illegal migration into British territory today. His only complaint and that of others on the Far-Left is when Jews sought asylum in Palestine. People living illegally in the United States, no doubt, get Mr Corbyn’s sympathy. They are called Dreamers. Why can’t the Jews who moved to Palestine be called Dreamers? They too had a dream. It was fulfilled. But what do you call someone who is in favour of all migration except the migration of Jews? Jeremy Corbyn.

Until 1945 there were very few Arabs or indeed Muslims in general living in Europe. Since then there are an estimated 6 million Arabs in Europe and 44 million Muslims. Jeremy Corbyn no doubt considers that every single one of them brings untold benefits to our continent. No doubt many have brought benefits. Anyway they are here and it would be monstrous to attempt to remove 44 million people from their homes.  But in the Middle East and in the Muslim World in general there are more or less only 6 million Jews. The vast majority of them were born in Israel and have lived all their lives there. But on a number of occasions the Arab world has united in order to try to destroy these six million Jews. Many still want to. People like Jeremy Corbyn count some of these people as his friends. What do you call someone who is friends with those who want to kill six million Jews?

The population of the Middle East and the Muslim World in general is almost exclusively Muslim. In the name of tolerance can they not accept that one small chunk should be Jewish? We in Europe have been willing to accept seven times the number of Muslims into Europe as Jews who have migrated to the Middle East. Quite a lot of European territory is home to Muslims, some of it owing to historical invasions from the Muslim world. But we do our best to get on and no sensible person suggests that we attempt to reverse this situation. That would be racist and inhuman. But then what do you call the attempt to reverse the historical situation that gave rise to a Jewish state in the Middle East?

What do you call someone who thinks only Muslims have the right to migrate to another continent, but if Jews dare to do so it is justified to fight a never-ending war in order to remove them?  You call them a new style anti-Semite. This is the double standard that judges Israel and its history in a far harsher way than anywhere else. This antisemitism is indifferent to the horrors that Arabs may inflict on each other, but condemns Israel whenever it attempts to defend itself from attack. Mr Corbyn, no doubt, doesn’t use the words that characterised old style antisemitism, he is even friends with Jews who share his world view, but by supporting and sympathising with those who wish to destroy Israel, new style antisemitism is as dangerous a threat to the lives of Jews as any they have met in history. The Far-Left then meets the Far-Right and embraces itself.

This post was originally published by the author on her personal blog: http://effiedeans.blogspot.co.uk/2018/04/puttin-on-black-shirt.html

Effie Deans is a pro UK blogger who works at the University of Aberdeen. She spent many years living in Russia and the Soviet Union, but came home to Scotland so as to enjoy living in a multi-party democracy! When not occupied with Scottish politics she writes fiction and thinks about theology, philosophy and Russian literature.
Previous A Frank Discussion about Truth
Next United Commonwealth Society Manifesto