Now that the UK is independent again it is crucial that the government backs the right projects for our future.  There are three large engineering projects that need special attention:  the Spherical Tokamak, the Sabre Reaction Engine and HS2. All three should be progressed by ensuring that British companies get the contracts and that, in return for early funding, the eventual ownership and jobs stay in the UK.

It was with great pleasure that I read that the UK Government will provide the finance for a prototype Fusion Power Station. The Spherical Tokamak for Energy Production (STEP) builds on the UK’s success with the Culham Joint European Torus.  Construction is scheduled to be completed by 2040.

The £220m budget for the design stage of STEP is great news for the UK and the world.  Fusion is the answer to clean energy without the appalling degradation of the visual environment inherent in other sustainable technologies.

Were I running the fusion programme I would set up an advanced space propulsion research unit alongside the power generation research.  Fusion propulsion and power is the only realistic answer to the problem of exploring the Solar System fully and establishing colonies off planet.

The UK should not squander its position at the forefront of fusion research in the same way as it threw away its space launch capability in the 1970s. Few people know that the UK was the sixth nation to launch a space satellite (Prospero).  Journalists in the UK launched a ferocious campaign against the UK spending money on projects that had “no commercial future” and the programme was cancelled – the space industry is now worth $330bn annually.  A successful fusion drive would create a space economy that might dwarf that of the entire earth.

“As of 2018, the United Kingdom is the only country to have successfully developed and then abandoned a satellite launch capability.[27] All other countries that have developed such a capability have retained it either through their own space programme or, in the case of France, through its involvement in the Ariane programme.[27]”

The problem with hypersonic jet engines is that the air compression at the intakes becomes so extreme that it overheats the engine.  The Sabre engine has a patented pre-cooler that allows the engine to operate at speeds of Mach 5. It uses hydrogen as fuel and so can use liquid oxygen to allow it to switch over to rocket propulsion once the engine is above any usable atmosphere. Hypersonic flight, space launch and zero CO2 emissions in a single package, what is not to like?

The Reaction Engines Company has demonstrated that the engine works and just requires that final push to create a new world for air and space transport. 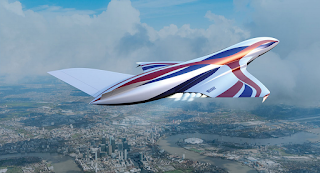 Both projects are nearly fully demonstrated technologies thanks to the dedication and innovation of British engineers and scientists.  The risk is far lower than for “blue sky” innovations.  We must not let such potentially lucrative projects slip through our fingers.

This post was originally published by the author on his personal blog: https://pol-check.blogspot.com/2020/02/fusion-power-answer-to-more-than-global.html

Dr John Sydenham has worked in International Pharmaceuticals and for one of the "big four" International Consultancies. He ran a successful company for 15 years and after selling the company devotes his time to travel, science, black labradors and freedom.
Previous Boris Johnson’s Leadership Masterclass
Next Neither European nor a Union