To see ourselves as others see us

There is a stuffy consensus in Scotland. There always has been. Perhaps it has to do with the Presbyterian idea of the elect. We are exceptional. We are different. Wha’s like us. It makes our newspapers exceptionally dull, because almost no-one questions the assumptions which are shared even by political opponents. Ruth Davidson, Nicola Sturgeon, Kezia Dugdale and the Liberal who no-one now remembers may shout at each other and sometimes even pretend to be rude, but they are best friends really. It’s like a cosy little student union debate. They disagree of course, but they all share each other’s assumptions.

I have always preferred heresy. Some of the most interesting ideas are heretical. With a different turn of events they may have become orthodoxy. It’s always worth questioning everything. In this way you just might arrive at the truth.

It is a truth universally acknowledged in Scotland that Robert Burns is our greatest writer. I think Walter Scott is incomparably more important. But Scott was a Tory and could write about both Scotland and England with sensitivity, understanding, love and truth. Without Scott the history of the novel is quite different, because others throughout the world first imitated him and then reacted against that legacy.

One of the biggest problems in Scotland is our lack of understanding of both our own history and the history of other places. Waverley is now no more than a train station and so we have lost touch with the complexity of the reaction of Scott’s readers.  They could both support Charles Edward Stuart’s adventure while being pleased that he failed. Now our history is more cartoon like and single dimensional. We have given up reading and prefer to get our history from films where people paint their faces blue. Some of us even imitate this practice. 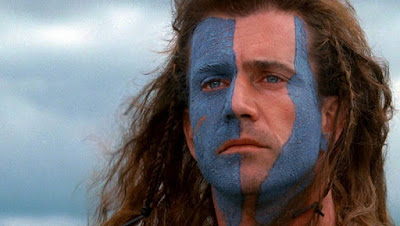 But although I prefer Walter Scott, Robert Burns has some moments of brilliance:

O wad some Power the giftie gie us

It wad frae mony a blunder free us,

We are so stuck in our cosy little consensus in Scotland that we are not even aware of how others see the situation.

Language is not a solitary thing. What was learned from Ludwig Wittgenstein is that a solipsistic idea of language is not really even conceivable. For instance the word “red” is learned by my describing things like post boxes as red. My mother and other people correct me if I describe grass as red. They do this correcting without being able to get inside my mind. What is going on in my mind is irrelevant and drops out of the equation. What matters is how I use the word “red” and that I use it in a way that is consistent with other people. Language is social, because that is how it is learned.

But what have we learned in the few months since June? We have learned that in Scotland we use certain words in way that is peculiar to us. It is as if we maintain that grass is red.

But what has happened in the past few months as Nicola Sturgeon and her fellow travellers have gone around Europe with their grievance. People have been nice to her. Some people have tried to use her complaints to undermine the UK Government. But will anyone officially negotiate with Sturgeon? The answer is No. They do not recognise her as the leader the leader of a country.

In international relations you are either a country or a region. In order to be a country you have to be a sovereign independent nation state. This in fact is the normal usage of the word “country”. Belgium is a country because since 1830 it has been a sovereign, independent nation state, which has had international relations with other such states. Up until this point in time it had been a region of the Netherlands and before that both a region of France and Austria.  It is the fact that Belgium has had international relations that makes Belgium a country. The Treaty of London (1839) may have been described as a scrap of paper, but it may well also have caused the UK to take part in the First World War. 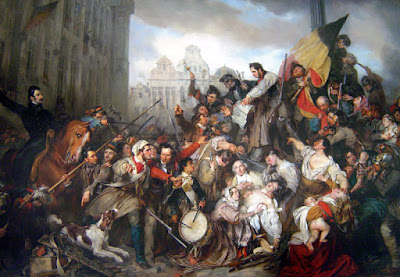 Other countries do not recognise regions as countries and they do not have international relations with such regions. There is a very good reason for this. In huge numbers of countries around the world there are separatist movements. For example in Belgium there are some people in the region of Flanders who want Flemish independence. There are also, no doubt, some people in Wallonia who want Walloon independence. But the Belgium Government would be very angry indeed if the UK or Germany began negotiating with a region of Belgium. They would justly see this as interfering with their internal affairs. In many instances this would be considered to be a hostile act.

But all around Europe there are regions that have as good or better claim to be sovereign, independent, nation states as Scotland does. The people in Flanders speak Dutch, while their Walloon neighbours speak French. The people in Catalonia speak a language that is quite different from Spanish. The Basques speak a language which isn’t even Indo-European. The Republic of Venice was one of the great European nation states until it was taken over by Napoleon’s troops and eventually incorporated into Italy. Sometimes the regions of today’s Europe became part of their present day countries due to war, sometimes there was a treaty or an act of parliament. This is all ancient history and irrelevant.

It doesn’t matter how Veneto came to be part of Italy. It may have been just or unjust, by war or by treaty, but it is not a country today because it is a part of Italy. This situation is so commonplace in Europe as to be mundane. It is for this reason that when Nicola Sturgeon goes on her extensive travels she is continually reminded that European countries will only have international relations with other European countries. Moreover Nicola Sturgeon’s demands are incompatible with Scotland’s real status as a region of the UK. Scotland did not join the EU, because Scotland is not a country. The UK joined the EU by an act of the UK Parliament in 1972. Scotland had no more to do with this than Aberdeenshire, Gwent or Antrim. For this reason also Scotland cannot remain in the EU when the UK leaves and Scotland cannot have a different EU status to any other region of the UK. The reason for this is that Scotland cannot enter into international relations at all. The clue is in the word “international”.

But then really in linguistic terms Nicola Sturgeon is being told continually by representatives of various EU member states that you have a rather odd usage of the word “country” and “nation”. We don’t use these words in the way that you do, just as we don’t say that grass is red. Once this is understood then Nicola Sturgeon’s whole argument collapses. Her grievance about the UK leaving the EU is no more valid than Aberdeenshire’s grievance about leaving the UK. If the one is valid then so is the other. But then the whole SNP argument that Scotland votes differently from other parts of the UK is no more valid than Aberdeenshire complaining that it votes differently from the rest of Scotland.  Scotland is no different from any other formerly independent region in Europe and it is commonplace in any democracy for regions to sometimes not get the government they voted for.

The problem is the cosy Scottish consensus. We all think we are special. We think we are so special indeed that most of us think that although we are neither, sovereign, independent nor a nation state we are nevertheless a country in the same way that Belgium is a country. This assumption is so universal and accepted by all Scottish politicians and newspapers and both sides of the argument that when I question it I always get howls of horror.

Scotland has become a grumpy toddler who is indulged, but no matter how much you indulge it wants more. Yes you are a grown up girl. What a big girl you are. Have some more sweets, but please stop flailing around on the floor of the supermarket. Yes you are a nation, yes you are a country. After all you play “international” football matches just like the grownups do. It’s embarrassing. It’s time to break the cosy consensus or the toddler will never grow up. Once it is realised that Scotland has exactly the same international status as Saxony, Burgundy or Flanders, it immediately becomes obvious that Scotland has no more reason to seek independence than they do. It is a pity that so many apparently pro UK politicians just don’t get this and instead prefer to indulge the toddler. One more bag of sweets and dear little Nicola will stop wailing. How’s that working out for you?

Scotland is frequently called a country, but then again I can call something anything I please, words can mean what I want them to mean. But the meaning of the word “island” in the end is determined by the ability to sail round it. For this reason while I may refer to the “Black Isle” I will find in reality it is a peninsular. Nicola Sturgeon may go on and on about Scotland being a country, but she has just fallen off her wall. No-one else in Europe thinks she is the leader of a country, because Scotland lacks the qualities that internationally define places as being countries. Scotland is not an independent, sovereign, nation state. There is no use pretending that it is something that it is not.  It is for this reason that her negotiations are going nowhere. Regions cannot have international relations.  Words don’t mean what I want them to mean.

This post was originally published by the author 3 December 2016:  http://effiedeans.blogspot.com/2016/12/to-see-ourselves-as-others-see-us.html

Effie Deans is a pro UK blogger who works at the University of Aberdeen. She spent many years living in Russia and the Soviet Union, but came home to Scotland so as to enjoy living in a multi-party democracy! When not occupied with Scottish politics she writes fiction and thinks about theology, philosophy and Russian literature.
Previous Bill’s Townhouse
Next The Supreme Court case is a monumental waste of time