The SNP have reached the end of their day

Something rather interesting just happened to Scottish politics, but I’m not sure anyone noticed. There is so much comment and speculation about day to day political events that there is a tendency to miss the essential. The complexity gets in the way of our ability to see the simplicity. The SNP just did something very foolish indeed. The odd thing is that they apparently are not aware of this fact.

I began this blog when it became apparent that there was going to be a referendum on Scottish independence. At that point almost no-one in Scotland was much interested. It took a very long time indeed for me to build an audience. Mostly I was writing for myself and those few on either side who could see that the debate was building into something much larger. It was good practice. If you want to improve your writing just write more often.

I wrote all those articles however, because I thought that the Scottish independence referendum would be decisive and that it would end the discussion once and for all. It was for this reason only that I wanted to win. It seems impossibly naïve now as if I was taking part in an egg and spoon race. I had thought that if you don’t cross the line first or if the egg falls off the spoon, then you lose.

Since September 2014 I have put away childish things. I have learned that defeat in elections does not mean that you lose. I have learned that in Scotland time flows so quickly that a generation lasts only a day. It is as if we really did live in Brigadoon. I rather expect Nicola Charisse to burst into song and dance with a dodgy accent and for Gene Salmond to endlessly go on about the heather on the hill. But what they both are unaware of is that it really is the end of their day. 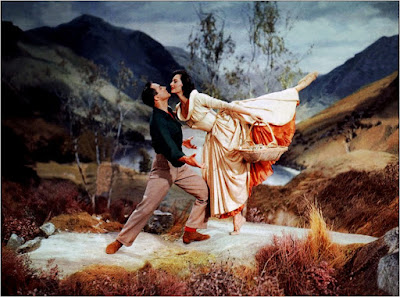 In London there has been a court case where someone who did not like the Brexit result has been arguing that the UK Government does not have the right to leave the EU without asking Parliament first. A number of very important judges, every single one of whom also did not like the Brexit result, have been deliberating impartially. Studying law means that you can rise above all prejudices in such a way that you are able to decide matters with pure reason. In this way you rise above the ordinary masses in a manner that they just cannot quite grasp not having had the benefit of studying law.

The SNP have also been involved in this court case. They have been arguing that because leaving the EU will have an impact on Scotland then the Scottish Parliament should also have a vote. Apparently this court case is momentous.  We are supposed to wait for the judgement as if it was being given by Solomon himself. But no-one seems to have noticed that someone has run off with the baby. There is no case, because there is no baby. The SNP will no longer be able to play divide and rule. They will not be able to cut Britain in half, because they have just made the means by which they wish to do so obsolete. 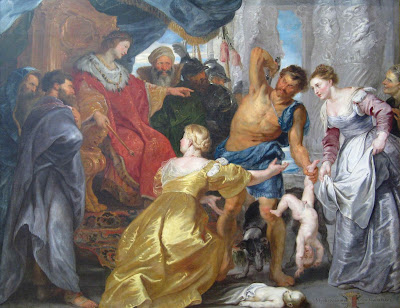 The other day the UK Parliament had its say about Brexit. It wasn’t the final vote. There will be other votes. There will be more complexity. But in essence we can be more or less sure that by the end of March the UK will tell the EU that we are leaving. Apparently they don’t know yet.

The UK Government will have to give Parliament a plan. But in negotiations a plan is never much more than a wish list. Remember how the SNP had a plan prior to the independence referendum of keeping all the things that they liked about the UK while at the same time becoming independent. The trouble with such plans is that they depend on the agreement of the other side. We just don’t know what sort of a relationship the EU will allow the UK once we negotiate our withdrawal. We may say we want to keep these nice things, but they may say that nice things depend on membership of the EU. No-doubt we will come to some sort of compromise, but that will emerge only behind closed doors during the negotiations.

The end result should be quite simple.  We ought to ask the EU for no more than they give us. If they give us free trade we give them free trade in return.  The number of EU citizens living and working in the UK should be comparable to the number of UK citizens living and working in the EU. Negotiation is about giving and receiving. We have things that we want. The EU has things that it wants. If we are to remain friends then we can come to a friendly arrangement. If the EU wants to be unfriendly then it should not expect friendly help in the future.

So some sort of wish list about getting the best possible deal for Britain will satisfy Parliament. Labour is not going to vote down triggering Article 50. Thank goodness we have a party in opposition that actually believes in democracy. I rather think also Labour don’t fancy a General Election just yet and don’t want to annoy all those voters in the North of England who voted Leave.

The court case in London looks rather irrelevant now as does the fact that the SNP voted against triggering Article 50. But a precedent has been set and it has consequences that are quite interesting for Scottish politics.

We had a legal referendum last June, but since then we have had continual attempts by those who were disappointed by the result to prevent the UK from leaving the EU. Now let’s imagine that at some time in the future the SNP wanted to hold another referendum on Scottish independence. Let’s imagine also that they won such a vote. No doubt they would expect all of us who voted to Remain in the UK to meekly agree with them and not kick up any sort of fuss. We would then all get behind the SNP and work together to create this new independent Scotland. This was indeed my intention back in 2014 if the vote had gone against me. But I have grown up since then.

What if a wealthy Scottish woman who was disappointed that Scotland had voted to leave the UK took the case to the High Court. It’s hard to imagine that such a case could not be heard. What about the precedent? Moreover, the SNP could hardly complain, because they had already taken part in a similar case. What if the devolved administrations in Wales and Northern Ireland also wanted to get involved? They might argue that Scottish independence would have a detrimental effect on them. After all Scottish independence would involve the destruction of the United Kingdom. People all over the UK might argue that they didn’t want their country destroyed. I imagine Ulster might say No if given the chance.

But referendums have become essentially gigantic, expensive opinion polls. The UK Parliament has the right to say No, sorry we don’t like the result. This frankly makes having such referendums pointless. Why have this step of holding a referendum if the UK Parliament decides the matter anyway?

The SNP by its attempts to prevent Brexit has essentially removed the only means it has to take Scotland out of the UK. At some point the UK Government ought to make clear that in response to the events after the EU referendum it has become obvious that referendums themselves are pointless and contrary to the practice of British democracy. Well done SNP.  You have not stopped Brexit, but you have rendered yourself obsolete.

This post was published by the author 10 December 2016: http://effiedeans.blogspot.com/2016/12/the-snp-have-reached-end-of-their-day.html

Effie Deans is a pro UK blogger who works at the University of Aberdeen. She spent many years living in Russia and the Soviet Union, but came home to Scotland so as to enjoy living in a multi-party democracy! When not occupied with Scottish politics she writes fiction and thinks about theology, philosophy and Russian literature.
Previous After Brexit, A Swift US-UK Free Trade Agreement Will Be Economically And Diplomatically Beneficial
Next Some Bremainiac Lies