Sturgeon just destroyed her own argument

I have previously welcomed the UK Government’s interventions, especially the furlough scheme which has helped to preserve jobs during this period but, in my view, it is now time to signal a further extension of Treasury support.

Other countries have already made this move, including France where plans are being put in place for a long-term partial activity scheme covering possibly, as long as the next two years.

My immediate reaction to this was to reflect that Sturgeon had until recently demanded an independence referendum in 2020 and at the beginning of the Covid crisis merely wished to postpone it until 2021.

If next years Scottish Parliament elections go ahead as planned will the SNP be campaigning for a second referendum while Scots are still furloughed, and our wages are being paid by the British Government? How can you campaign for independence while admitting your dependence?

Devolution has given Scotland a degree of fiscal autonomy. We can raise and lower our own taxation rates. We can borrow. But the truth that Scottish nationalists are unwilling to admit is that Scotland spends much more than we earn through taxes and other revenues raised in Scotland.

Even if Scotland were independent, we could not afford a furlough scheme like the one introduced by the Chancellor Rishi Sunak.

What happens to countries that cannot afford such schemes? In countries like Russia everyone was told to stay at home, but they had to rely on their own savings. Eventually everyone had to go back to work even though Covid cases were still very high. They had to do this because they didn’t have any money.

France is similarly insolvent like Italy and Spain. It is for this reason that Emmanuel Macron is arguing for Corona bonds whereby the EU as a whole bails out countries who are struggling to deal with the economic consequences of Covid. France wants the EU to become more like Britain. Macron wants the European Central Bank to behave like the Bank of England whereby money is transferred to where it is needed. This is being resisted by the German Constitutional Court and also those countries like the Netherlands and Austria who pay more into the EU than they take out.

There are arguments for the Macron approach. If the EU wants to continue with monetary union, it will eventually have to accept political and fiscal union too. But it amounts to the Germans paying French wages and it is understandable why the Germans are dubious about it.

The condition for the possibility of any further extension of the British furlough scheme must be a legal commitment expressed in an Act of Parliament that Scotland will not seek independence for the foreseeable future.

The furlough scheme is an investment in our shared future. Why invest in someone who is going to walk away the first chance he gets.

The present crisis has destroyed the argument for independence. It has shown that a single nation state can financially deal with the crisis in the way that the dysfunctional EU cannot.  If Scotland had depended on EU/German generosity, we would have discovered it was at best a loan and at worst work or starve.

But it is not English money that is keeping Britain going. There is no more England than there is Wessex or Mercia. English people are equally being bailed out by British money as Scots, Welsh and Northern Irish. It is as one country that we will tackle the challenges ahead. We need the unity that says we don’t care where you come from nor where your parents came from. We are all British people no matter our religious beliefs and ethnic origin. Cease fighting about what divides us and instead unite against an illness that threatens all of our futures. Let us go forward together. 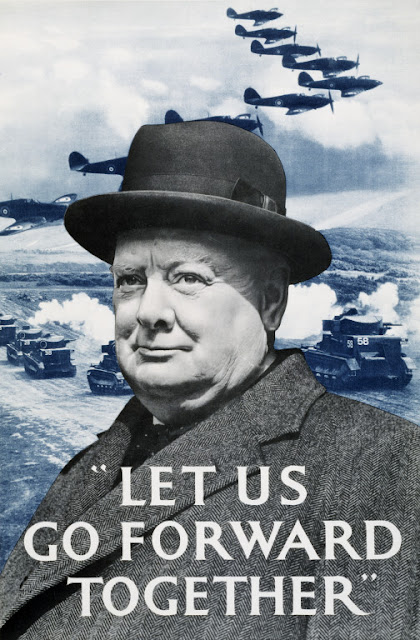 This post was originally published by the author on her personal blog: https://www.effiedeans.com/2020/06/sturgeon-just-destroyed-her-own-argument.html

Effie Deans is a pro UK blogger who works at the University of Aberdeen. She spent many years living in Russia and the Soviet Union, but came home to Scotland so as to enjoy living in a multi-party democracy! When not occupied with Scottish politics she writes fiction and thinks about theology, philosophy and Russian literature.
Previous Surely you’ve all got your protest picture for Instagram by now? So go home already.
Next Choosing books