The Supreme Court case is a monumental waste of time 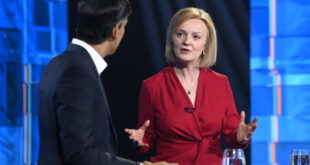 Yesterday I listened to bits of the Supreme Court hearing and some of the post match analysis. Something I have never understood in this whole business is that in 2015, the House agreed by a vote of 6:1 in favour that a referendum be held in the UK to determine the mandate of the British people on whether we should Remain in the EU or Leave the EU. The polling slips would have a totally unambiguous pair of questions on it, and I paraphrase, but simply REMAIN or LEAVE. No additional caveats, buts, ifs and maybes. Much has been made of the use of the word ‘advisory’ in the wording of the 2015 EU Referendum Act. I would posit that the word was used purely to advise the Government of the wishes of the British people – REMAIN or LEAVE. Dependent on that advice, the Government would then be in a position to enact the result. To continue with our place in the EU with all that that entails or begin the process of leaving the EU if the advice from the people was to Leave. It was a straightforward question and the people gave a straightforward and unambiguous answer.

There was no mention in the debate leading up to the 2015 Act that the result would then be referred to Parliament for IT to decide on the next course of action.

As can be seen, the House has already accepted that Article 50 is going to be triggered. It has nothing to do with the ECA of 1972 as the EU did not exist then. Subsequent acts have been passed and at no time has Parliament sought to clarify the role of Article 50 nor to pass legislation that it would require an Act of Parliament to so do.

All that is needed now is to begin the process to Leave as per the instructions of the British people. It has absolutely nothing to do with undoing EU rules and regulations nor of undermining anyone’s rights. All of that is to come once the process begins. This whole Court process is a monumental waste of time and vast amounts of public money. I cannot begin to imagine what kind of day rates these QCs enjoy.

It is already taken as read that once these four days of polite, well mannered swapping of semantics, even if the Supreme Court rules perversely against the will of the people and of the elected Government of this country (and before anyone picks up that Mrs. May was not elected PM, we elect a party to govern, not a person and when one incumbent leaves the post the elected party chooses a new leader), a shortly worded (16 words) Act will be processed through Parliament to enact the triggering of Article 50. There will be some electorally suicidal MPs who will vote against, but the Act will pass and the Lords will do the same or they may well face total reform of their numbers and place in the next Queen’s Speech, and they know that only too well.

All that this continued angst is serving to do is provide a platform for the likes of Clegg, Farron, Blair, Lammy, Major, Soubry, and Morgan to try and stoke the fires of Remain dissent when the vast majority of Remainers have now accepted the result of the referendum. It also allows some businesses to make Brexit their excuse for poor performance or failure to get on with their business, invest and plan for a very good future for this great country of ours.

Ian is grammar school educated although he briefly flirted with the idea of becoming Britain's answer to Breaking Bad's Walter White with a short sojourn at university. The constant smell of hydrogen sulphide caused the break up of that partnership and thereafter he pursued a career in sales culminating in partnering with his second wife for many years in their own recruitment business. When the second marriage came to an amicable end, so did Ian's allotted time in the world of commerce and he became a retired person of no means but a still active brain. He lives on the outskirts of the great metropolis of Manchester and has close affinity with the red side of the football city being a United fan of over 50 years. He has deep interest in British politics, is conservative by nature and persuasion as well as reading much on aspects of religious theology particularly the works out of Albuquerque, New Mexico of Richard Rohr and hitherto Richard's mentor, Thomas Merton. Ian has three children, two of whom live in London and the third in Toronto as well as four adorable grandchildren
Previous To see ourselves as others see us
Next Betrayal of Britain Continued- Is independence a matter for Scotland alone?