The broadcast media has disgraced itself

Broadcast media does not run the country, but it does set the parameters of what it is possible for Governments to do. It is at least in part responsible for some of the mistakes that have been made in the past few months.

The British economy shrank by just over 20% in the second quarter of this year. This is just a number to most of us. Because of furlough we haven’t really felt the economic shock. Lockdown has been one long holiday for many of us without any noticeable decline in our living standards. What’s not to like? But soon ordinary people will find themselves without a job and unable to get another perhaps forever. Many of them will blame the Government, but they should equa

I was broadly in favour of the Government’s strategy in March, but it was clear even then that mistakes had been made. We should have quarantined visitors to Britain from January onwards.  But it is now becoming clearer that we did too much as well as too little.

We now know that Covid overwhelmingly kills people over 65 and especially over 75. It therefore kills people who don’t work. If we had quarantined everyone over 65 and prevented them from having contact with anyone under 65, we would have saved nearly all the lives of people who died from Covid and we would not have wrecked the economy.

Why didn’t we do this? In part because we didn’t know then what we know now. But more importantly because the Government would never have been allowed to follow this strategy. The broadcast media demanded full lockdown, filled its programmes with horror stories that scared the public witless and demonised anyone who questioned their viewpoint.

There would have been media hysterics. Beth Rigsby or Laura Kuenssberg or Robert Peston would have asked Boris Johnson if he felt guilty for murdering poor little Johnny, his teacher or his parent. They would have asked Boris Johnson if he wanted to apologise for this death. There would have been a feeding frenzy far worse than occurred when Dominic Cummings drove to Durham and killed no one. Instead we would have had endless stories about poor little Johnny and how he was destined to be a great violinist, mathematician and saint, how his poor mother fed the halt the lame and the hungry and how his teacher ran the local foodbank, cared for her sick mother and disabled children. 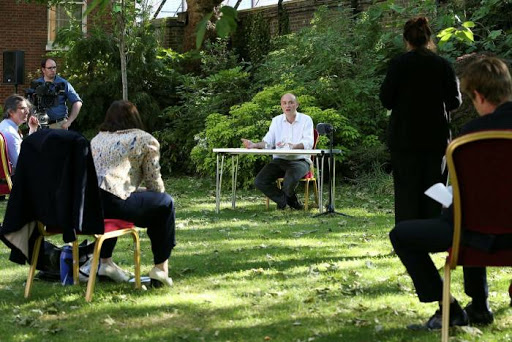 The broadcast media’s focus on the personal has infantilised news. Whenever there is a famine or a bombing anywhere in the world, we have to learn about poor little Fatimah who is starving, blind or had her leg blown off because of the wickedness of Britain the USA or Israel.  Later in the bulletin we find poor little Mo who has walked all the way from Afghanistan. All he ever wanted was to play football for Man United. He even has a home-made version of the strip. Now he’s in a dinghy risking his life because you are so uncaring that you can’t find room in the inn for him.

It is this childishness that makes debate about politics impossible in Britain. As soon as the Government introduces a plan to reform benefits, we’ll get Beth Robert or Laura standing outside a grim up North housing estate interviewing a single mother with an autistic child who is going to starve because of the wicked Tories. No doubt it is because they are going to starve that 600,000 migrants arrived in Britain in 2019.

We might have had a more nuanced lockdown. It was completely senseless to ban people from going outside. Covid doesn’t transmit easily out of doors. But if the Government had eased any restrictions in any way and poor little Johnny had died because of it, there would have been the same media piranha attack on the Tory body thrown into the river.

In fact, if the Government had done anything at all to lessen the economic impact of lockdown in March and one person had died as a result the minister responsible would have been forced to resign if he was lucky, because the broadcast media would have demanded his toe nails pulled out one by one while he was hanging upside down.

Someone did die. Huge numbers of people with cancer were not diagnosed or treated. Huge numbers of heart disease patients stayed at home. Lockdown saved some lives, but it cost others and it will go on costing them for years not least because deaths increase in a recession. But the broadcast media was uninterested in these deaths, because they were mere statistics rather than human interest stories. This is the problem. It only tells the sob story, it never gives us facts and the knowledge to interpret those facts fairly.

There is a sameness about the people who reach the top in broadcast media. They are middle class. They have moderate levels of education and universally have left-wing views about everything. While I sometimes come across a first-class mind writing for a newspaper I rarely if ever do so on TV or radio. There is no originality of thought at all. Yet this small group of broadcast oligarchs have huge influence and power though no one voted for them.

They are not remotely fair in their coverage. One week we have Cummings grilled in the garden for going to Durham, the next we have mass gatherings whipped up by broadcast media coverage of a murder in Minnesota. The BBC could equally cover any other murder around the world. There are any number of Chinese cops murdering Uighurs for racist reasons, but no one cares a damn, because the BBC is only interested in white racists.

We get endless coverage of the American Presidential election because no one in broadcast media can stand Trump, but not one person in a million in Britain could name the leaders of Slovakia, Taiwan and Chad.

The broadcast media don’t report, they tell us what they think we should know and ought to believe. They cannot bear it when we don’t do what we are told either in voting for Brexit or failing to see the benefits of a Corbyn Sturgeon coalition.

It is just possible that Britain might have had a lighter lockdown. This was clearly Boris Johnson’s intention at the beginning until he lost his nerve because he realised the BBC, Sky and ITV would have crucified him for ever death they could highlight as being due to him and his polices.

The desire of the BBC Sky and ITV to punish the Tories for Brexit may have cost our economy billions. The broadcast media was never willing to treat the Covid crisis as a national emergency requiring unity of purpose. They never once strayed from their desire for Remoaner revenge. It was this that made it impossible for us to have a Swedish style nuanced approach to Covid, which would have kept most of us in our jobs, our children in school and would quite possibly have saved lives at least in the long run.

We might have escaped with our economy shrinking less than 10% if it hadn’t been for Beth, Robert and Laura and their childish, ignorant questions. They literally cost us all hundreds of billions of pounds. Perhaps we should send them each a bill.

The relentlessly left-wing profile of the broadcast media in Britain and the fact that it does not in any way reflect the views of vast numbers of British people, is obviously down to discrimination. If the BBC discriminated against black people in the same way that it so clearly discriminates against Brexiteers and Conservatives, it would be prosecuted. It deserves to be prosecuted and put out of business for what it has cost us.

The Government must force the broadcast media to be impartial. Failure to reflect all opinions should lead to the BBC, Sky and ITV being declared the broadcast equivalent of the Guardian. Under those circumstances Government ministers should simply refuse to engage with biased journalists and refuse to answer their questions. The biggest mistake of all was inviting these people to ask questions each day in those hideous briefings. It stopped us doing what was in the interest of our country. It cost lives and will go on doing so for years.

There needs to be a reckoning and there needs to be drastic change. Better by far that BBC, SKY and ITV should cease to exist than that their bias should cause such damage again.  At least that way we might have Government that reflects the will of the electorate rather the prejudices of a broadcast media elite that acts like an unelected, unaccountable bunch of Russian oligarchs.  The broadcast media in Britain is less impartial than in Russia. It has disgraced itself.

This post was originally published by the author on her personal blog: https://www.effiedeans.com/2020/08/the-broadcast-media-has-disgraced-itself.html

Effie Deans is a pro UK blogger who works at the University of Aberdeen. She spent many years living in Russia and the Soviet Union, but came home to Scotland so as to enjoy living in a multi-party democracy! When not occupied with Scottish politics she writes fiction and thinks about theology, philosophy and Russian literature.
Previous The Left Behind
Next Anglos Awash in the Age of Civilizations