The economy, value of pound, trade in July 2019

The graphs below summarise the current state of the UK economy: 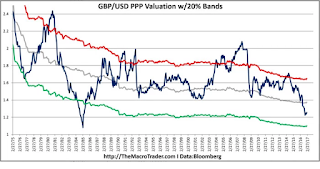 The central, grey line is the Purchase Power Parity (PPP) of the pound – what the pound is really worth when buying things in the UK, this is the real value of the pound. The coloured lines show when the $ value of the pound is 20% out of kilter with its PPP value, if the $ value crosses the green line speculators will all start buying pounds to make a killing on the markets.  Recent talk by economics journalists about the value of sterling is largely propaganda about Brexit.  The graphs below show why the PPP value has been falling: 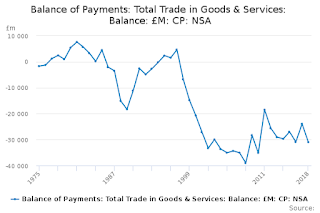 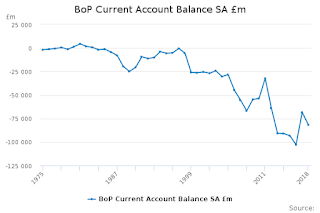 Much of the UK trade and current account losses go to the EU, especially to Germany. 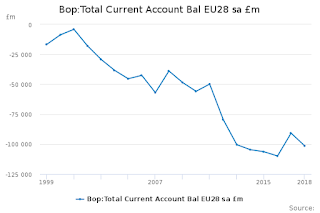 Despite these dreadful figures the UK has been under the same economic cloud as most of the rest of the major EU economies (except Germany):

You can click on the graph above to go direct to the World Bank Data.

The Bank of England predicts that UK GDP growth will overtake Eurozone growth in 2021: 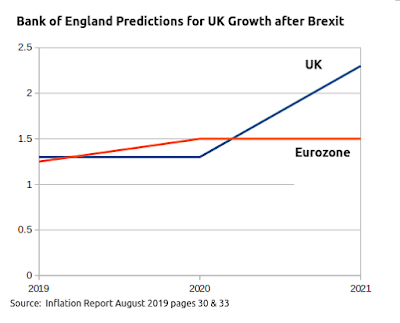 This is the Brexit “catastrophe” that Carney was pushing in the media – confused? Check the BoE documents.

This post was originally published by the author on his personal blog: http://pol-check.blogspot.com/2019/08/the-economy-value-of-pound-trade-in.html

Dr John Sydenham has worked in International Pharmaceuticals and for one of the "big four" International Consultancies. He ran a successful company for 15 years and after selling the company devotes his time to travel, science, black labradors and freedom.
Previous The EU must pay the price for punishing Britain
Next Backstop revisited