Prior to the 2016 European Union Referendum I had certain assumptions about Britain, our laws and our politics. It was inconceivable to me that we would have an election and the result not be implemented. I couldn’t imagine Labour winning an election and somehow being prevented from forming a Government. Equally I couldn’t imagine the result of a referendum not being honoured.

It never crossed my mind in 2014 that if Yes won the Scottish independence referendum that Scotland wouldn’t get to Leave the UK. I thought the SNP’s claims about the Scottish independence were exaggerated at best dishonest at worst. But we all had had the chance to contest the political claims of the Yes campaign. If they had won, I would have accepted the result. It never would have crossed my mind not to do so.

I did not expect to be given a second chance if my side had lost. This is why both sides put everything they had into the campaign. But something happened on that September night five years ago. For one moment, Scottish nationalists thought they had won and if Yes had come out ahead by the smallest percentage point they would have demanded that everyone in Scotland respect the result. But it was not to be. Perhaps the disappointment even the shock was too much. The Yes side didn’t accept its defeat for one moment and immediately campaigned to overturn the result.

Something similar happened in 2016. The polls told the Remainers that they had won. They had Obama, Merkel, the Bank of England all three main UK parties campaigning for Remain. The Conservative Government used the full powers of the state to persuade us that if we dared to vote to Leave the EU poverty, recession, unemployment and the end of the UK would follow.

The Remainer consensus embraces nearly everyone who works at a university.  Doctors, lawyers, teachers, the sort of people who are used to telling the rest of us what to do were quite certain that Remain had won. But we didn’t do what we were told.

The liberal consensus, that embraces the BBC, the Tory Wets, Lib Lab Dems, the Arts and people like Richard Branson, is used to being obeyed. They reacted with shock to that June night in 2016, this developed into fury and finally a determination that they would be obeyed.

It didn’t take long for the Remainer rearguard to get organized. They all said that they respected the result of the referendum. But they were all lying.

Theresa May began by saying that “No deal was better than a bad deal”, but she didn’t mean it. She said that “Brexit means, Brexit” but she meant “Brexit, means Remain”.

Until 2016 it was universally accepted that Government would implement the result of a referendum. It would have been considered outrageous if Parliament had tried to prevent the establishment of a Scottish Parliament after the Scottish electorate had voted for one. But convention was overturned by the courts. Parliament had to vote on whatever deal Theresa May brought back from Brussels.

Up until 2016 it was Governments that conducted international relations. Governments have declared war and made peace without Parliament being asked to vote. But all of this was overthrown by the Remainer rearguard.

If the British people and Parliament had all accepted the 2016 referendum result, united we could perhaps have obtained a fair deal from the EU. But in part because the EU wanted to punish Britain and in part because the Remainer rearguard conspired with the EU, Theresa May brought back a deal that was perhaps the worst treaty in British history.

Given the choice between Theresa May’s deal and Remaining I would have chosen to Remain.

Both Brexiteers and Remainers agreed that the deal was unacceptable and voted it down three times.

All this time the Remainer rearguard was fighting to overturn the 2016 referendum result. First, they argued for a second referendum, but as their confidence grew, they argued to simply revoke Article 50 and annul the result. They were determined to be obeyed.

The Conservative Party came close to extinction in May. Theresa May had broken her promise to get Britain out of the EU by March 31st and Conservatives in their millions deserted for the Brexit Party.

It was this and this alone that prised the limpet like Theresa May away from Downing Street.

Boris was elected overwhelmingly to be Conservative leader. What was he supposed to do? He knew that presenting Theresa May’s dreadful deal one more time would not succeed and if it did it would destroy the Conservative Party. He therefore came up with the only sensible Brexit strategy that existed. He proposed to negotiate with the EU with the proviso that if the negotiations failed, we would leave anyway.

Would this have succeeded? Perhaps. The EU just might have been willing to set a time limit to the Irish backstop. They might just have modified the deal slightly or allowed the UK Parliament a future say on whether we wished to be bound by the treaty. They might have given us an exit clause.

But this strategy, which was the only way to improve the deal, was sabotaged by Parliament.

Why did they do this? Was it because they wanted to vote for Theresa May’s deal? No. The Remainer majority would vote down that deal again. Did they want to find some other way of negotiating with the EU to improve the deal. No. They don’t want to improve it. They want to annul it. They want to Remain.

Boris Johnson did not attempt to shut down Parliament. He merely asked the Queen to prorogue Parliament as has been done on numerous occasions before. He did not of course lie to the Queen, because he was simply doing what any number of his predecessors had done. If that had not been the case the Privy Council would not have gone along with the prorogation. I am not a liar if I say theft is illegal, only for the courts to rule that thieves should be commended.

So, Parliament is going to sit again. What is it going to do? It has wrecked Johnson’s chance of improving the deal with the EU, and it has ruled that leaving without a deal is illegal. What does Parliament propose? An extension? But for what purpose. Parliament will neither vote for Theresa May’s deal, nor try to improve the deal, nor allow us to leave without a deal. Let them at least be honest and clear about what they want the extension to achieve. They want it to enable us to Remain.

Boris Johnson has proposed that we have an election as soon as possible. But the Remainers have blocked this. Why? Because they fear that he would win by a landslide. Instead they hope that by forcing him to break his promise to get us out of the EU come what may by October 31st they will somehow split the Leave vote between the Conservatives and the Brexit Party.

Everything of consequences has already been said in Parliament. Johnson’s prorogation didn’t stop Parliament voting him down in a vote of no confidence, nor did it stop them wrecking his chance of getting a better deal. But the “supreme” court which of course is not supreme at all because it is subordinate to EU law has decided to overturn the longstanding and commonplace principle that a Prime Minister can ask the Queen to end a parliamentary session. It has come close to overturning the foundations of British Government that it is the Government that governs and not Parliament.

This no longer has anything to do with the EU. This is about whether we have to obey the liberal establishment and whether we live in a fully functional democracy or instead in a place where you have to keep voting until you give the right answer. This would be more Supreme Soviet than Parliament.

If there had been a court case ten years ago as to whether the Prime Minister had the right to prorogue Parliament the “supreme” court would have thrown it out instantly. But the Remainer Rearguard has grown and extended its reach as it has built on its success and as it has become ever more confident. It now senses that it can indeed overturn Brexit. It probably can. It quite possibly will.

Just because someone is called a judge it doesn’t make him impartial. There have been any number of judges in history who have allowed their judgement to be swayed by their politics. How many of these “supreme” court judges voted to Leave the EU? How many were shocked and dismayed by the result? How many found their expectation that they would be obeyed undermined by our Brexit rebellion. How may have joined the Remainer rearguard?

Given the choice between being ruled by unelected judges and unelected colonels I would choose the latter. The colonels would at least be more honest about their subversion of democracy.

Watch Z (1969) by Costa Gavras. Otherwise we too might be banned from using the letter Z [i.e. ζει he lives]. 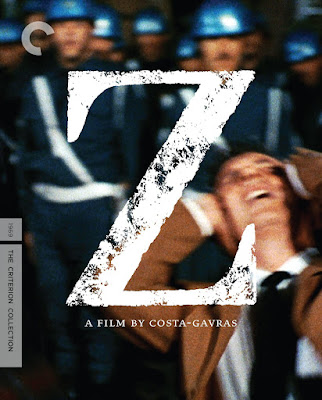 This post was originally published by the author on her personal blog: https://www.effiedeans.com/2019/09/the-remainer-rearguard.html

Effie Deans is a pro UK blogger who works at the University of Aberdeen. She spent many years living in Russia and the Soviet Union, but came home to Scotland so as to enjoy living in a multi-party democracy! When not occupied with Scottish politics she writes fiction and thinks about theology, philosophy and Russian literature.
Previous From King Alfred to Queen Elizabeth II, the courage of the Monarchy which developed history
Next Disloyalty, Betrayal and Traitors