Certain people I know and certain people I read have been describing the past year as something horrible. You only have to go back one hundred years to see how foolish this assessment is. Imagine you had just celebrated Christmas in 1916. There is every chance you would have lost someone during the previous years fighting. What would you have to look forward to in 1917? Well there would be further stalemate on the Western Front. The French Army would reach the limit of what it could take on the Aisne and come quite close to revolution. The Russian people would overthrow autocracy only to have it reimposed in a worse form than before. The British Army would spend all summer and autumn trying to capture a little Flemish village called Passendale and in doing so perhaps reach its lowest point in history. So no, let’s have a little perspective, 2016 was not such a bad year after all.

I don’t follow the day to day events at the Scottish Parliament with any real closeness. If I see Nicola Sturgeon on television I have the immediate urge to either turn it off or throw a brick at it. Given that it would be wasteful to destroy televisions, I opt for the former alternative. There was an election last May. The SNP did worse than before. They no longer have a majority. No-one expected this result. We have a long way to go before Scottish politics gets back to normal. But this is the starting point.

Far too many Scots at present vote because of identity issues and because they think it is patriotic and Scottish to vote for the SNP. So long as this continues we will have permanent SNP rule. Along with it we will also have corruption and incompetence. Good governance depends on kicking out your rulers from time to time. It also depends on voters choosing one party as opposed to another because of ordinary political issues. So long as the Scottish electorate votes for a party that is only concerned with independence, Scotland will be run poorly. It is becoming ever more obvious that many SNP MPs and MSPs are simply not up to the job. They would never have got near a Parliament if it hadn’t been for their involvement with the independence campaign. Well what do you expect when an electorate elects poorly qualified nobodies?

What Scotland desperately needs is an ordinary political debate that is balanced between the moderate centre left and the moderate centre right. At that point we can debate about the economy and how best to make that economy work to the advantage of all of us. We are a long way from this. But the path towards it does not go through continually talking about independence. In time as SNP incompetence becomes ever more apparent we can hope that the Scottish electorate may realise this. Until then we have reached stalemate. Each side faces the other across no-man’s land and there is no end in sight. But just as 1916 was the turning point, so too 2016 may turn out to be the year that in the long run defeated Scottish nationalism.

The thing that disappointed me most about 2016 was that we have reached the stage where it is routine for politicians and voters to not accept the result of elections. I thought this was a purely Scottish phenomenon. The SNP were bad losers right from the moment they lost the independence referendum. They campaigned to overturn the result immediately. I thought this was an aberration. But no. Exactly the same thing happened after we voted to leave the EU. Suddenly people who didn’t like the result were trying to find ever new ways to overturn it. Some wanted a second referendum. Some wanted courts to get involved. Some wanted Parliament to say No. This was exactly the same sort of response to a referendum result as that of the SNP. This is dangerous folks. If you give the people the chance to vote in a referendum and then ignore what they say, the people are justified morally in treating Parliament as an autocracy. This is a lesson that must be learned in 2017 when we approach the anniversary of the most dreadful revolution in human history bringing with it terror that the French could not even imagine.

The disease of not accepting election results is not even confined to Britain. I can’t imagine that it is spreading because of the SNP. They are too obscure and unimportant to even be known about in the USA. But somehow we have reached the stage where large numbers of Americans somehow think that the correct response to an election is to refuse to accept the result.

2016 looks like the year that changed everything. We don’t know where this will lead. The future is undetermined. A hopeful positive attitude has the best chance of bringing us benefits, pessimism guarantees failure. It is necessary to recognise and accept that electorates in Britain and the United States voted for change. Given the chance I suspect many more voters elsewhere will vote for change in the coming year. Far from being stupid, the American electorate knew that voting for Hilary Clinton meant voting for more of the same. It was this that they didn’t want.

Much of where we are at present in the world has happened because of the shared assumptions of most western politicians. David Cameron, Hilary Clinton, Angela Merkel all have basically the same ideas about everything. They are unwilling to change their assumptions, but their assumptions are leading the West into an ever more dangerous position.

The world economy has not properly recovered since 2008. It is no longer on life support, but interest rates have hardly risen for years, central banks still pump in money created from nothing into the veins. Meanwhile debt keeps rising beyond the point that it can be repaid.  Who can say what will set off the next crisis in the markets. Perhaps the Euro will blow up again. Perhaps the French or the Italians will call time on the whole project. Monetary union without political union looks like one of the worst ideas in modern history. Is this still what the SNP wants? I’ve rather lost track of what money the SNP expects us to spend in their Brave new Scotland.

Beyond economics the two main dangers to the West remain Russia and Islamic fundamentalism. The assumptions of most of the West’s politicians are that we must confront Russia and deny that terrorism has anything to do with Islam. Because terrorism has nothing to do with Islam, Angela Merkel assumed that it was perfectly safe to allow millions of people from Islamic countries to come to Germany. Her assumption was that this would in no way make Germany more dangerous. How’s that working out for you Angela?

Donald Trump does not share the assumption of Hilary Clinton, David Cameron or Angela Merkel. Some of his ideas may turn out to be stupid, but it’s not as if the assumptions of the establishment politicians have been doing all that well.

The West needs to make peace with Russia. It is too dangerous for us to be enemies, not least because we have a common enemy who we can only defeat together.

There is just a chance that Donald Trump might be able to do what Ronald Reagan did with Gorbachev. At least he is willing to try. Give him that chance at least.  The mockers of Reagan ended up looking rather foolish when he won the Cold War, but then if those on the Left were any good at learning the lessons from history, they wouldn’t be on the Left. 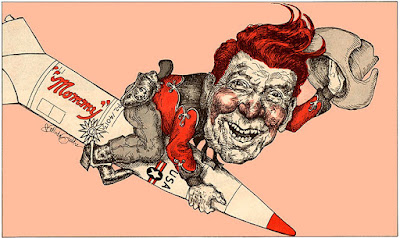 We need to prevent the spread of Islamic terrorism. This means defeating it in Syria and Iraq and other Middle Eastern countries. We are closer to this than we were a year ago, because of what Russia has been doing. Russia has been winning a war, because it chose not to fight in the western way that guarantees defeat. For this they have been condemned by a western media whose assumptions and coverage would prevent any troops from defeating any enemy. This is to forget the lesson that we could only defeat German and Japanese militarism by making a war that was so terrible that the people of those countries wanted never to experience it again.

We face a similar threat today, but the BBC will not even call it what it is. It is a so called threat from a so called state. In fact Islamic fundamentalism is if anything a more dangerous threat than the ones we defeated in the Twentieth Century. It has reached such levels of depravity that it is hard to find comparable examples in history books. Worse than this it is irrational, suicidal and spreading. There is a chance soon that this ideology will be defeated in Syria, but for some odd reason the BBC is unhappy.

Syria used to be a perfectly safe country. It wasn’t a democracy, but then the only democracy in the Middle East is Israel. There is a chance that if all terrorists and rebels are defeated in Syria and Iraq then these countries can go back to being what they once were. Their rulers will not be ideal, but it is better than the alternative.

I refuse to accept that it is normal that in western cities there should be the continual expectation of terrorism. I think we should do whatever is necessary to prevent such attacks. Why should we all have to live in fear that in European cities someone will blow himself up or drive a truck into a crowd? The establishment assumption is that nothing can be done. We can’t possibly prevent ISIS fighters coming home to the UK. After all they have rights. There is nothing that we can do to prevent mass migration even though we know that a proportion of those who arrive hate us and would like to kill us. These are the assumptions of the establishment. No wonder voters rejected these assumptions. It is the rejection of the establishment that gives us hope for 2017.

This post was originally published by the author 31 December 2016: http://effiedeans.blogspot.com/2016/12/the-turning-point.html

Effie Deans is a pro UK blogger who works at the University of Aberdeen. She spent many years living in Russia and the Soviet Union, but came home to Scotland so as to enjoy living in a multi-party democracy! When not occupied with Scottish politics she writes fiction and thinks about theology, philosophy and Russian literature.
Previous #Brexit. So much good news
Next Tolerance or quasi-totalitarianism?