Tolerance must tolerate even mockery or else be intolerance

Like everyone else I tend to avoid writing about Islam. The events of the past week show why. Many people still care deeply about religion even if Britain is for the most part secular. We live in a country with people from many backgrounds and with very different beliefs. We have to try to get on. The very least that is required is that we should try to be polite and kind. But I believe that honest debate can help us to reach a better understanding and that failure to write openly and self-censorship may lead to an increase in misunderstanding rather than a decrease.

I have only rarely seen someone wearing a niqāb and still more rarely seen a burqa. I’ve seen lots of women wearing head scarfs and quite a few wearing clothing that covers pretty much everything except their hands and face. I must admit that I get a bit of a shock when I see someone covering their face. It may well be irrational, but I also feel a slight sense of fear. I’m sure it requires far more bravery to walk about with a veil. She is more likely to receive nasty comments or worse than I am, so I wouldn’t be surprised if both of us are feeling a bit of fear. I have never asked. I’ve never had the slightest interaction with someone wearing a veil. I don’t suppose I ever will.

Why do some women wear veils? I think in order to understand this we have to go back to the history of the three major monotheistic religions, Christianity, Judaism and Islam.

Judaism is a religion of law. The rules of Jewish life were set forth in books like Leviticus and developed by means of the constant interpretations generations of rabbis made about these books. But Judaism was also a religion that passed onto subsequent generation by means of family rather than by means of conversion. Although the example of Ruth the Moabite showed that it was possible to convert to Judaism, it was never easy. For this reason Judaism tended not to spread and whatever rules it had only applied to its own people. Moreover, because in the history of Judaism Jewish people were rarely the lawmakers, it was usually easy for Jews to cease to follow the rules and become secular.

The essential difference between Christianity and Judaism is that it spread by means of conversion and subsumed the multiplicity of Jewish law into the straightforward and simple “Love God and love your neighbour”. It is for this reason that Christ could pick grain on the Sabbath and in this way demonstrate to his followers that they no longer had to worry about the rules in Leviticus. They could eat what they please, more or less, drink what they please and didn’t have to worry about how to cook things, how to dress or how to wash.

Islam is both a religion of law and a religion that spreads by means of conversion. There are many rules by which Muslims must live. Some of these are derived from the Koran [al-Qurʾān] others from the various writings that came subsequently e.g. Hadith and Sunnah.  Many of these rules are similar to the ones that Jewish people follow such as not eating pork, others are different such as the rules about not drinking alcohol and the rules about praying. The difference however between Judaism and Islam is that whereas Jewish people only wished to apply their rules to other Jews, Muslims owing to their desire to convert others to their faith wished to apply their rules to non-Muslims. For this reason in Muslim countries, there is a tendency to apply Islamic law not merely to Muslims, but to everyone else because Islamic law is universal.

Are Muslim women obliged to wear a veil? This is where things become a little more complex. Muslims differ in their interpretation not so much of the Koran, but of the Hadith and Sunnah and the various other traditions that have developed during the past centuries. The result is that in some Muslim countries women don’t even feel obliged to wear a head scarf, in others they are required to show nothing but their eyes (niqāb), sometimes not even that (burqa).

How should a secular society respond? The crucial point I believe we must make is to say that Islamic law does not apply here. In all of Britain no one is forbidden from drinking alcohol, eating pork or required to cover their face. But anyone who chooses to follow Islamic rules must be free to do so.

But what do we do about people who feel forced by their family or community to follow rules that they otherwise would not wish to. Here we must make clear to everyone that it is the right of every British citizen not to be forced to marry, not to be forced to wear a veil, or anything else for that matter, and not to be forced to have parts of their anatomy mutilated. Even if various traditions and various interpretations of religious law require these things, British law requires that the citizen must not be forced.

For this reason, women from any religious background must be able to tell someone that they are being coerced by their family or community to do something that they don’t want to do and then gain the protection of the British state so as to prevent this coercion.

British Muslims must have the same rights as any other Brits. So long as they wish to follow Islamic law and doing so is compatible with British law they should be free to follow whichever religious rules they please. But if they should choose to cease to believe in Islam or if they should wish to get drunk in a pub or if indeed they should wish to run down the street naked instead of wearing a veil then the full force of UK law should protect them.

Just as most British people feel free to criticise aspects of Christianity that they disagree with, so we must all feel free to criticise aspects of Islam that we disagree with. In order to respect someone you have to treat them the same as everyone else. Someone who is willing to criticise the Catholic Church’s attitude to abortion, but unwilling to criticise Muslim practices with regard to veiling obviously thinks that Muslims are less able to debate rationally than Catholics. This strikes me as far more racist than treating British Muslims simply as our equals.

We live in a society where we are free to mock the Book of Mormon, the Spanish Inquisition and the crucifixion itself because we think that Mormons and Christians will probably have a sense of humour and even if they don’t they must tolerate satire and even mockery. We should expect no less of Muslims. 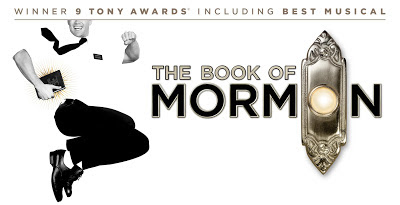 This post was originally published by the author on her personal blog: https://www.effiedeans.com/2018/08/tolerance-must-tolerate-even-mockery-or.html

Effie Deans is a pro UK blogger who works at the University of Aberdeen. She spent many years living in Russia and the Soviet Union, but came home to Scotland so as to enjoy living in a multi-party democracy! When not occupied with Scottish politics she writes fiction and thinks about theology, philosophy and Russian literature.
Previous Britain’s Post-Brexit Meritocracy
Next The 15 Year Road Trip