The UK media and academia promulgate many myths. Here are the top 10.

1. The myth that Fascism was a movement of working class thugs reacting to Reparations or hyperinflation. The truth is that Mussolini invented Fascism in Italy during and immediately after the First World War and Italy was at that time an Allied power fighting Germany so paid no reparations. Reparations and/or hyperinflation did not cause Fascism. Hitler admired Italian Fascism and took power in Germany a decade after hyperinflation and the reparations crisis. The Nazis actually rose to power on a tide of middle class support.

Reason for the myth: So that those teaching the “lesson from history” would not need to admit that it was their class: socialist leaning civil servants and teachers who supported the National Socialists and happily removed free speech and democracy.

2. The myth that the world is on a trajectory towards global government and peace. This is absurd. China, Russia, Iran, India etc. have no intention of submitting to world government.

Reason for the myth: currently to disrupt and weaken Western nation states, especially the UK and USA. (Originally the myth was developed to persuade non-Western powers of the inevitability of Western civilisation).

3. The myth that UK police are as bad as US police and are killing large numbers of black people. 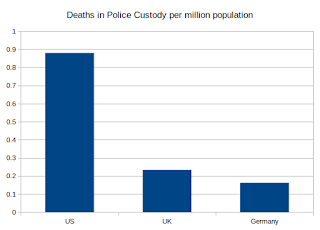 Under 20 people, black and white, die per year in UK police custody. On average 1.3 black people die in police custody per year out of approximately 900,000 arrests a year.

Reason for the myth: to create racist – anti-racist polarisation that undermines our society. Large numbers of black people dying during arrest and police custody in the UK is simply untrue.

4. The myth that Scotland performed extremely well against coronavirus. 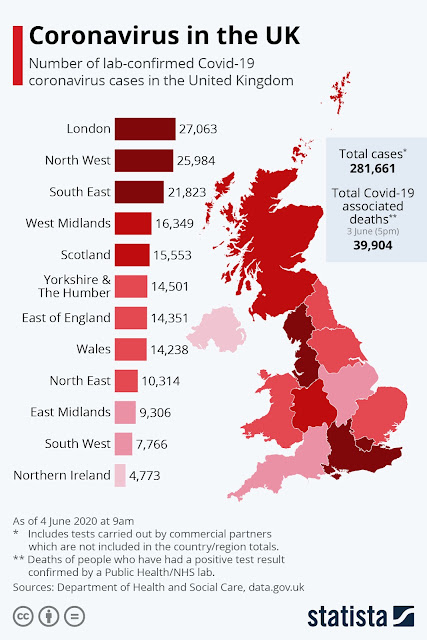 This is false. In the regional lists Scotland is middling. When population is taken into account the South West, with 5m people and only 7,766 cases (on June 4th) did far better than Scotland which has almost the same number of people. The South West has no “First Minister” to accept the plaudits for presiding over a relatively thinly populated area.

Reason for Myth: to undermine the UK government and promote the SNP.

5. The myth that people who have recently settled in a country should have identical employment and other outcomes to the resident population. This is so obviously wrong that it is amazing the myth occurs. Intriguingly the UK has put in place measures that largely nullify any advantage due to being indigenous by the second generation: 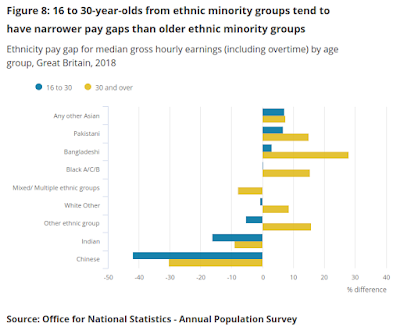 Reason for myth: to damage social cohesion by increasing the racist – antiracist conflict.

6. The myth that coronavirus originated in the Hua Nan Fish Market in Wuhan. The truth: the first epidemic of COVID19 did indeed occur in Wuhan but human to human transmission was evident in early December 2019 and happened outside the Fish Market. The Fish market was where people with the disease met and spread the illness, not the original source. The WHO has sent a two person team to China with a brief to confirm that the Fish Market was the source, no alternative theories will be investigated. 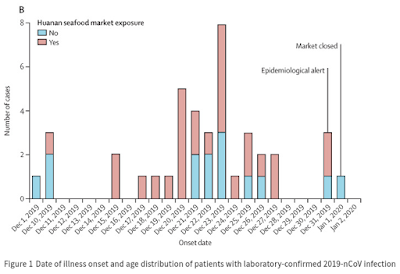 Reason for myth: to exonerate China from responsibility for a negligent lab escape or worse. To exonerate the WHO from mistakenly saying in mid January that human to human transmission did not occur (See Coronavirus: Strong evidence that it is a lab escape) .

7. That Black Lives Matter is a grass roots movement aimed at racial equality and harmony. The truth is that it is run by Maoists and financed by the Corporate Elite.

Reason for myth: to hide the role of the Corporate Elite in destabilising states that oppose globalisation.

8. The Myth that Global Warming is unrelated to population growth.

Reason for myth: the desire for growth at any cost.

Reason for the myth: Multinational Corporations benefit from international trade and control the broadcast media.

Reason for the myth: Multinational Corporations hate borders and tariffs and want workers with “off the peg” qualifications that cost the corporations nothing. They also desire no controls on where they locate their business.

11. The myth that the Far Left could run a successful state. There have been scores of attempts but not one success. Worse still, Far Left states mutate into National Socialist states if they survive long enough.

Reason for the myth: the Far Left supply the manpower for fifth column attacks on Western countries. If you want demonstrations and riots then fund and support the Far Left.

Does anyone notice the pattern? The media are attacking social and political cohesion, especially in the UK and USA. They are doing this on behalf of the usual suspects – Russia, China, Iran etc. and also on behalf of the Corporate Elite who see the current trends in the UK and USA as a threat and are loosely aligned with China. The UK is under huge attack from broadcast media fake news and broadcaster attitudes. The fake news and media attitudes largely entail the myths described above.

This post was originally published by the author on his personal blog: https://pol-check.blogspot.com/2020/08/top-political-myths.html

Dr John Sydenham has worked in International Pharmaceuticals and for one of the "big four" International Consultancies. He ran a successful company for 15 years and after selling the company devotes his time to travel, science, black labradors and freedom.
Previous Can you speak English?
Next Give Douglas Ross a chance