I’ve often complained online that UK mainstream media has been spinning stories and been less than truthful with the UK public, particularly when it comes to the subject of Brexit.

Our media run a heavy-handed campaign during the EU Referendum, leaving little doubt as to which side of the fence they were on.  I watched on results night and at one point I thought they’d cry on BBC as the realisation Brexit had won kicked in.

The media’s scaremongering was blatant.  Both main news channels announced that Lloyds were cutting an additional 3,000 staff and closing a further 200 branches, in addition to the 9,000 staff and 200 branches already announced a while back.  Both used headlines that suggested this was as a result of Brexit.

Blaming Brexit in the text of their article?

The current CEO of Lloyds, Antonio Horta-Osorio, was on record as recently as February stating clearly that Lloyds would thrive outside the EU.

But, the killer punch, the knockout blow to UK mainstream media spin came early in the morning, as they were putting their stories out.

Someone in Lloyds (GR whoever that may be) answered a tweet quite clearly stating that Brexit had nothing to do with the decision to increase their cost reduction plans.

Now, you tell me. Did BBC and Sky spin this story? Is it just another one where they failed to check sources (sources they chose not to name)?

At best, they didn’t do their homework, it would appear.

There are many reasons for these additional closures, but we can safely say they were happening, Brexit or not.

I rest my case m’lud. 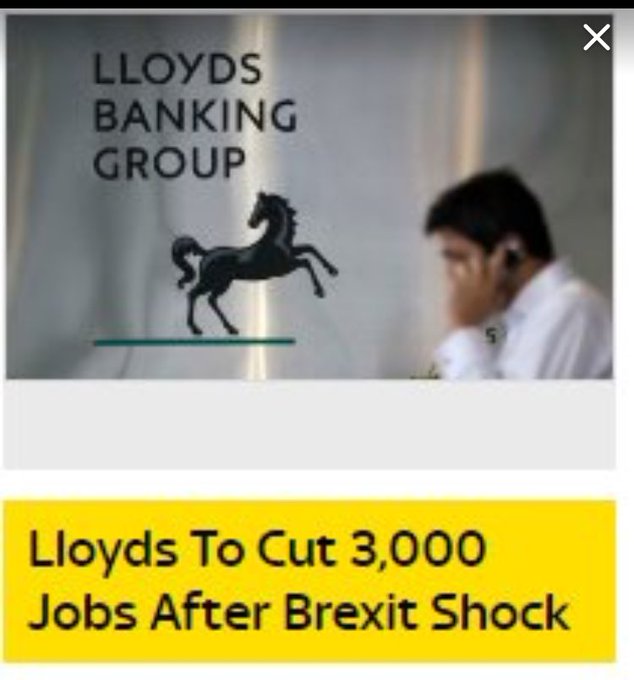 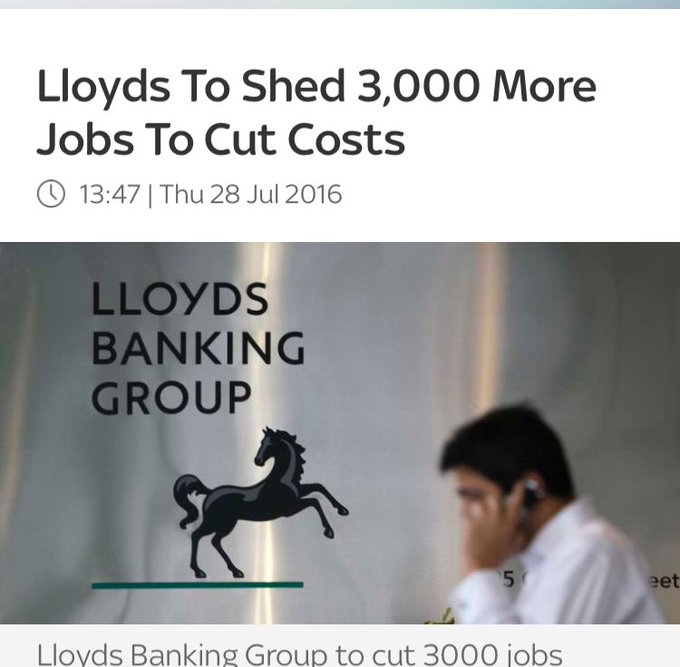 More evidence of media bias. Misleading headline only changed after pressure from Leave.EU and Brexiteers. @SkyNews

This post was originally published by the author 28 July 2016. http://ukrants.co.uk/uk-mainstream-media-blame-brexit-lloyds-job-losses-lie/

"UK Rants" is a blogger who supports both the Conservative party and leaving the European Union. He writes on current affairs to inform his readers with as much information as he can, to allow them to make most informed decision possible when voting. He blogs in his personal capacity at ukrants.co.uk.
Previous Brexit has not made Britain a more intolerant country
Next Owen Smith’s “Threat” To Theresa May Reveals The Arrogance Of The Left