We are twenty feet short

Film: The Great Escape (1963) with Steve McQueen as Captain Virgil Hilts USAAF and Richard Attenborough as Squadron Leader Roger Bartlett DFC RAF. British actor Richard Attenborough and American Steve McQueen on the set of The Great Escape, based on the book by Paul Brickhill, and directed by John Sturges. 1963 --- Image by Sunset Boulevard/Corbis

There is a reason why politicians from all parties are almost universally disliked and not trusted. They say one thing, but mean another. They promise, but keep their promises in name only. It is for this reason that while I am philosophically conservative I have never joined the Conservative Party. I don’t knock on doors at elections. I’m not like those ghastly Scottish nationalists who are incapable of criticising the SNP. I don’t canvass because I might vote for someone else or I might not vote at all.

It looks for the moment that we are going to get a Brexit in name only. Theresa May will be able literally to say that she kept her promises, but only because she hopes that she has found a cunning way to leave the EU in such a way that it closely resembles staying.

This is clearly unacceptable to the vast majority of Brexiteers. But let us be calm and let us think carefully.

Our task has been to escape a burning building with no exits or perhaps a Stammlager with no hiding place. I don’t think anyone quite dreamed how hard it would be when we began. Our great escape has had set backs. First they found we were hidden under the branches, then they caught us sneaking under the wire. They discovered Tom, Dick collapsed and finally Harry is twenty feet short. But we can still get out.

The first hope is that the EU will reject Theresa May’s Brexit in name only. Let us first wait and see what they say.

The hope is that we can string things along until the EU finally requires something that even Theresa May and her cabinet find unacceptable and there is no time for anything else. Let them ask for just one wafer thin concession too many. I think they just might. At that point we leave completely and deal with things from there.

It would cause disruption and short term economic damage, but we would manage, because we would have to manage. It would be worth it. It is becoming ever more obvious that we were right to vote to leave the EU. I didn’t guess two years ago that they were quite such a malign organisation. I want nothing whatsoever to do with these people. The cause of getting out of the EU is as good a cause as any we have fought for in all our history. We have fought for many causes that are much worse. It is worth a little bit of a struggle.

My second hope is that if we can just leave the EU even in name only we can fight on from there. No treaty can bind a future Government. A new election might bring about a Government that truly supports a complete break with the EU. Let us above all get out in March 2019 even in a completely inadequate fashion. Let us do nothing that might hinder or prevent this from happening.

After next March with our Brexit in name only in the bank it will be time to get rid of Theresa May as quickly as possible. At this point it might still be possible to get a Brexiteer as Prime Minister and it might be possible to go into the next election promising to complete the job. Whether anyone would believe such promises is another matter. Trust in British democracy is going to be wafer thin for a while.

My third hope is that the Treaty of “Rome shall perish”. 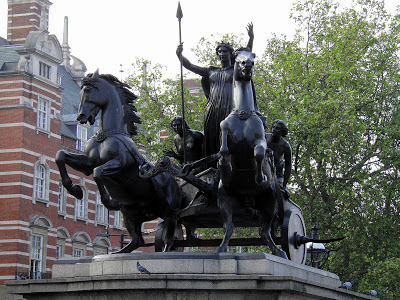 We could have been a friendly neighbour and ally. Now for the moment we are to be a sullen prisoner still striving to be free. I think the EU will come to realise that it would have been far better to let us depart in peace. We shall be semi-detached. We shall have most of the costs of being in the EU, but few of the benefits. The will of 17 million Brits will have at least in part been thwarted. If anyone thinks this situation will last long I suspect they will discover that they are mistaken.

We are not alone. The Poles and the Hungarians are plotting their own path and not doing what they are told by their masters. The Italians are gradually realising just how much membership of the EU and the Euro is ruining their country. Everywhere in the EU they are putting up fences and breaking the rules of Schengen. The EU allows them, but won’t allow us to put up cameras in Northern Ireland. They won’t bend the rules even a little bit if those rules can be used to lock our prison.

It may be that the Austrians in time will run off over the hills singing Edelweiss Edelweiss. The Greeks may beware the EU bringing gifts. Even the Germans might eventually decide to bash down the Wall again. Let us therefore resolve if we are to be prisoners, even for a short time to do all that we can from within to make the EU regret that they did not let us go. Let us by our example show that we still strive for a Britain where Parliament is sovereign and the voters are listened to and that this should be an ideal for twenty-seven not just one.

Let us remember that we have received no help whatsoever from the Republic of Ireland, that they have conspired with the EU to hinder and prevent when a friend might just have made the difference. Let us therefore resolve to learn that if Irish history traps them into hatred of Britain, then we ought to treat them as something less than friends and something closer to strangers.

Above all else let us be patient, cunning and clever. We need some British optimism, some British grit and we need some better politicians. But it is not hopeless. We will get there in the end. The EU won’t last. “Shame and ruin wait for you”.

We are twenty feet short, but we shall still escape.

This post was originally published by the author on her personal blog: https://www.effiedeans.com/2018/07/we-are-twenty-feet-short.html

Effie Deans is a pro UK blogger who works at the University of Aberdeen. She spent many years living in Russia and the Soviet Union, but came home to Scotland so as to enjoy living in a multi-party democracy! When not occupied with Scottish politics she writes fiction and thinks about theology, philosophy and Russian literature.
Previous Forward the Three Lions (On a Shirt)!
Next The £ of flesh