There has been a great deal about the “terrible” effects of Brexit on the Welsh lamb industry. What is the truth?

Only about 30-40% of Welsh sheep meat is exported: 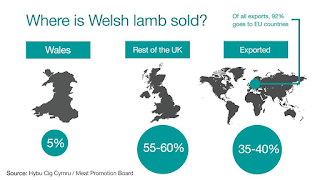 The Welsh sheep industry was worth c.£278m to the Welsh economy in 2018. Only about £70m of meat of all types is exported by Wales: 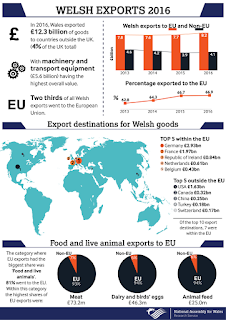 So the Welsh sheep meat industry is likely to need less than £35 million a year to entirely subsidise 100% of its exports to the EU.

Given that, after a WTO Brexit there will be billions paid by EU food exporters to the UK in tariffs the total subsidy to Welsh farmers would be a tiny amount and easily affordable.  The government should act quickly to reassure Welsh sheep farmers.  Media sources that fail to mention that Welsh sheep meat is a tiny issue in the context of Brexit are simply biased.  The entire cost of fixing the problem is probably less than the cost of senior BBC executive pay.

This post was originally published by the author on his personal blog: http://pol-check.blogspot.com/2019/07/welsh-lamb-propaganda.html

Dr John Sydenham has worked in International Pharmaceuticals and for one of the "big four" International Consultancies. He ran a successful company for 15 years and after selling the company devotes his time to travel, science, black labradors and freedom.
Previous Who should pay for the BBC?
Next The EU must pay the price for punishing Britain