What’s so great about Britain?

Sometime in prehistory a group of people arrived on our island from Europe. They were Celts. We know next to nothing about them or the people who lived here before they arrived. All that is left of them are the monuments they left behind, places like Stonehenge and Scara Brae.  The Celtic speaking people of Britain, as far as we know, spoke more or less the same language up and down the country and if we’d been left alone, no doubt we would still be speaking the language of the Picts and the Iceni. But that wasn’t how history played out.  Our island has always been attractive to immigrants and they have made us what we are. We are all immigrants and we are all mongrels.

The successive waves of Romans, Angles, Saxons, Vikings and Normans were not always absorbed without a struggle. There was conflict. But the mix proved beneficial. We are all equally the children of all of these ancestors. We all have the same heritage no matter which part of the UK we come from. There is no fundamental difference between someone from Scotland, from Wales from England or from Northern Ireland, just a variant on a theme, a slight difference in the mixture. 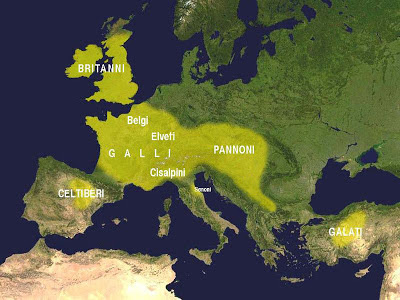 Someone whose parents arrived on our island more recently is equally a part of our island story and an equally welcome addition to the mixture of our melting pot. We are all part of the same story of Britain, where people have arrived with hope because life here is good and always getting better. We’re good mixers the British and the mix that makes up the British people has been most fortunate for it has meant we have been at the forefront of much that is good in the world.

We gave up feudalism centuries before many parts of Europe. We developed nascent forms of democracy and human rights earlier than anyone else; we gave up absolute monarchy while most of Europe still believed in the divine right of kings.  We developed free markets and free forms of trade, while most of Europe still had serfs. We were at the forefront of nearly every development that made Europe prosper from the agricultural revolution of the 18th century to the industrial revolution of the 19th century. But all these revolutions occurred here more or less peacefully.

While Europe was rocked with revolutions in the 18th and 19th century, while they were torn apart by nationalism, we concentrated on slow, rather dull progress. Change came to Britain. We became gradually a fairer and more democratic country. We became wealthier and everyone shared in this wealth more and more. But we never revolted, we never overthrew. That was never the British way. We took our time and acted with due care gradually on our inexorable path to progress.

It is not accidental that French philosophers of the 18th century, like Voltaire admired Britain and the liberty that was to be found here.  There was something in the British character that avoided extremes. Something in the mixture means the British have always liked moderation and so we looked on when the French chopped off the heads of their nobility, we looked on in 1830 and 1848 when Europeans took to the barricades. Instead here we had dull reform bills that gradually extended the franchise. Here we developed worldwide trade that more and more brought wealth to the nation and gave us the leisure to invent the sports played by the whole world. From British prosperity and adaptability came the ability to imagine that there could be such a thing as a computer and a television. All these things happened because of our fundamental stability and the gradualness of our change.

Because we have always loved freedom and because we have always been a tolerant people, we don’t like bullies and tyrants. For this reason Britain has made some of the greatest of contributions to defeating tyranny. We did this three times in the 20th century. Our grandfathers and great grandfathers fought not only for Britain, but for others who were victims of aggression.

Without the British Army, France would have lost the First World War. In 1918 it was the British army that made the decisive contribution to preventing defeat in March and enabling victory in November. It had been a terrible conflict but our great grandfathers were proud of the contribution they had made and for the fact that they fought for Britain. Really they did all fight for Britain. They were not mercenaries.

Two miracles occurred in 1940 when this island was more in danger of invasion and defeat that at any other time since 1066. The British army should have been defeated in the fields around Dunkirk, but somehow by a miracle escaped intact. Our fighter planes later saved us again. We remained calm, though outnumbered, and the whole of Britain united to fight the common enemy. We should have been defeated in 1940, but our grandfathers stuck together. Every one of them who fought did so for Britain and of course they had no hatred for the country they were fighting for, but rather kept their hatred for the enemy. Britain’s contribution in the year 1940 made a decisive difference to the history of the world. If we had been defeated, if we had not remained united, the world would be a very different place today. It is as if this island were specifically constructed with its location and with the mix of its people for this role, as if all history was so that we could be there in that year, because the world would need us.

We stuck together too during the Cold War and made our contribution to defeating the tyranny of communism.  There were long fearful years that many of us remember with a fence dividing Europe.  We played our part by being one of the few significant military forces that underpinned NATO.  Without that unity, there is little doubt that conflict would have broken out some time between 1945 and 1991.

The fact is Britain is one of the great countries. People want to visit us.  Our history and literature are known the world over. People want to come and live here too. Thank goodness that they do. They add to our mixture and the mix just gets better and more beneficial. It’s not accidental that people want to come here. We speak everyone’s second language. The whole world learns the language we speak every day.  We are the English speaking people of this island. That is what makes us British.

Because we are British and such a mixture of peoples, we are also more welcoming and tolerant than most other countries. After all we’ve been doing it for so long. Owing to the fact that we’ve had a market economy for so long we tend not to be as restrictive in our practices as most other countries. It’s easier for someone from Poland or Pakistan to get a job here, because we don’t put up petty barriers to their finding a job. This is one reason why we prosper while other European countries flounder.  We absorb those who come here. It’s not always easy, there are challenges, but because we are welcoming and tolerant we have more harmony here than elsewhere. The British identity is inclusive available to anyone who comes here to live simply because we have been including for centuries. Brexit hasn’t changed this. We will still welcome people from other parts of Europe and the world. We will need them so that we can become the global free trade hub of Europe. We are simply returning to the time when the British people were in control and when Parliament set the rules.

We have always weathered storms together and defeated every challenge, every enemy. We stuck together in 2008 when it looked for a moment as if the world economy was in meltdown. Our economy only recovered and reached its present levels of growth because we had unity and because we are united. We were willing to share and we used the power of our Treasury to rescue those who had lost everything, including all their savings when an Icelandic bank failed. We did this even when strictly speaking we didn’t have to. There is safety in numbers and the reputation of the British economy means we can overcome any challenge together, because in our unity we have deep pockets.

Britain is a great country. The British are a great people.  Don’t expect any of this to continue if Scotland voted for independence. Even the name of our country would be something of a parody. It would be better then for us to be called the “Divided Kingdom.” Great Britain could no longer sensibly be so described if we had our head chopped off. Rather it would be better if we were to be called something like “Diminished Britain” a headless chicken that had done so much but was now left broken. What a final victory for all those who have hated Britain through the ages.

Remember the thousands of years of history that have brought us to this point and cease attempting to divide our country because you lost an election or you were disappointed that we are leaving the EU. These things are transient and short term. If you dislike Theresa May, she will be gone soon enough. If you want a more left-wing UK Government, develop policies that win over the electorate and fight to win an election. Above all else the idea of Britain is about all our citizens being equal and with the same rights and responsibilities. It doesn’t matter where you live in the UK you are my fellow countryman and I have an obligation towards you. It is this most of all that Scottish nationalism would destroy. It would say to the poor person in Liverpool or Belfast, what have I to do with you? You are not Scottish. Why should I share what I have with you? Scottish nationalism has nothing to do with the Left and everything to do with narrow-minded selfishness.

The story of our island home is how a Celtic speaking people became an English speaking people. That is our story, the story of each and every one of us whose ancestors have arrived here from overseas. All of us are immigrants; we are that mix of peoples, that happy mix that has formed the British people. We are the opposite of nationalists, because in us can be found all nations, the whole world. That is our birth right. It is what we would lose if Scotland chose separation as opposed to unity. Scottish nationalism would leave us all homeless. Don’t sell your birthright for a mess of nationalism. 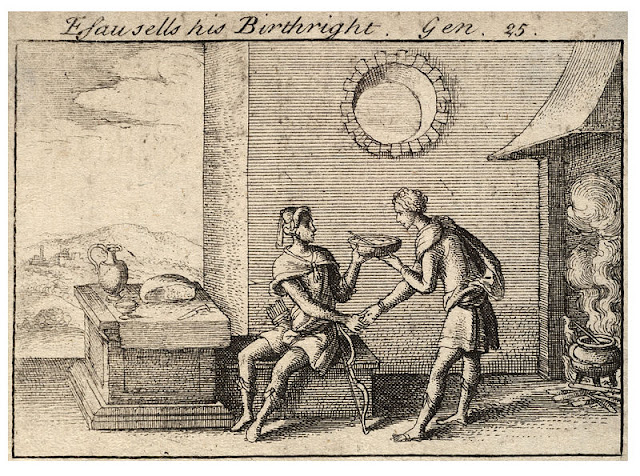 This post was originally published on her personal blog:  http://effiedeans.blogspot.co.uk/2017/03/whats-so-great-about-britain.html

Effie Deans is a pro UK blogger who works at the University of Aberdeen. She spent many years living in Russia and the Soviet Union, but came home to Scotland so as to enjoy living in a multi-party democracy! When not occupied with Scottish politics she writes fiction and thinks about theology, philosophy and Russian literature.
Previous Why the Lords must be overturned
Next The Article 50 Letter if the Lords Amendments had made it into law