Research released today by charity consortium Remember A Charity reveals that the word ‘legacy’ is putting off millions of people in the UK from leaving a gift to charity in their will. The research shows that the word is largely misunderstood and has strong negative connotations of wealth, mortality, wills and even eccentricity, all acting as a barrier for those considering a gift to charity in their will.

Currently more than 70% of people in the UK actively support charities during their lifetime, yet only 7% go on to remember a charity in their will. Even with such a tiny proportion of the country leaving gifts to charities in wills, the income it generates represents the single largest source of fundraising for charities – nearly Â£2 billion each year or the equivalent of over 23 Red Nose Day appeals*.

To help understand this problem Remember A Charity asked Susie Dent, the resident word expert on Channel 4’s Countdown programme, to explore alternative terms for ‘legacy’ and to provide insight into why the language is acting as such a barrier.

Commenting on the findings, Susie Dent said: “We know that the language involved in leaving a donation to charity is putting people off, and it may take just a simple step to put it right.  ‘Legacy’ is conjuring up all the wrong associations: if we can find the right words to show people how even the tiniest gift can make a difference, then the power of language can be put to hugely beneficial use.

‘Legacy’ suggests wealth and celebrity. Perhaps a new, tongue-in-cheek coinage like ‘inshareitance’ or ‘life inshareance’ would get people talking, while simpler nouns such as ‘gift’ or ‘lifeline’ might sound more encouraging and straightforward. And, if we prefer not to dwell on thoughts of death, a touch of humour might help – ‘pay-as-you-go’ could raise a smile or two’.”

Commenting on the findings Stephen George, Chair of Remember A Charity and Head of Legacies at NSPCC said: “Leaving a gift to charity in your will, after you have remembered your friends and family, is so important as this represents the single biggest income stream for UK charities – large and small. Without legacy income many charities services would suffer; others would simply not exist.

“Sadly it seems the term ‘legacy’ is acting as a major barrier to giving and is perpetuating the idea that leaving a gift to charity is not a normal thing to do. We want to reassure people that it is a normal and rewarding thing to do and whatever the size of the gift you leave, it will make a huge difference to the services and efforts of your chosen charity.” 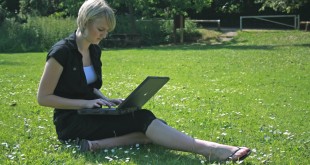