If I had offered you a glass of English Sparkling five years ago, I’m sure you would have laughed at me. While Champagne and Spumante are considered the Pièce de Rèsistance in France and Italy, the English expertise of Chapel Down‘s Chief Executive Officer Frazer Thompson is quickly proving that English Sparkling is capable of giving Champagne Grande Marques a run for their money. Mr. Thompson understands a very simple philosophy. In order to compete with the globe’s best, you must be prepared to offer the best to the globe.

Located in Tenterden in the Kent countryside, south east England is synonymous with the white cliffs of Dover. “It’s all about the Chalk.” Mr. Thompson says. The vineyards of Chapel Down are heavily influenced by the iconic chalk soil which is identical to the soil in Champagne only a mere 90 miles to the south across the English Channel.

Chapel Down’s sparkling wines are produced using the intricate traditional method which means the bubbles are naturally created in the bottle you take home. When producing sparkling wine, this method is arguably the most appreciated in terms of quality, but in return, it is also very costly.

“As a winemaker, I want people to simply say “this is delicious.”

For last last 15 years Mr. Thompson has been aiming to produce a genuine and consistent English sparkling. Three Graces made its debut in New York last fall and I was honored to attend the launching hosted by then newly appointed Consul General Antonia Romeo.

The cases of English Sparkling arrived late 2016, and after much anticipation became available on February, 1st 2017 in New York. You will be able to find Three Graces 2010 on the lists of Indochine, Quality Meats, Buddakan, and Grand Central Oyster Bar. Pinkies Up!

Elisa began her career in Pastry at the Michelin starred Takashi in Chicago. Shortly after she earned a B.A.S. in Hospitality Mgmt specializing in Culinary Arts and Event Planning. In 2013 Elisa moved to New York City. While in New York, Elisa has lent her talents to several Michelin recognized restaurants while still making time to savor and imbibe.
Previous The Brexit Negotiations – What does ‘Brexit’ actually mean?
Next Labour’s lies have let down Young People 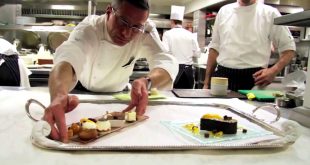