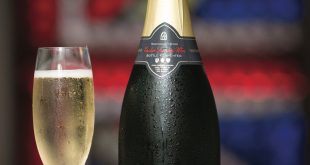 Wassail, Wassail all over the town!

Tis’ the season to sing the catchy old English Christmas carol. The Christmas season is a wonderful time to embrace the rich traditions of Britain, and introduce them to our own daily lives for boisterous celebration!

The Anglo-Saxon word means ‘to your health’, and the tradition of wassailing all over the town has been a custom practiced since the Saxon princess Rowena toasted to her husband, Vortigern, King of the Britons by saying “waes hael!”  with a response “drink ale!”

The wassail bowl is a hearty vessel of cider or hot mulled wine that is meant to offer cheer and goodwill. Luckily, in the United States, hard cider has made a popular comeback with aficionados and connoisseurs.  “Check out Pilton for Wassailing.” says John McCarroll of Rowan Fine Cider, “we’re working on bringing it over, currently, and it’s the best UK cider I’ve ever had.”  Pilton is a cidery in Somerset which still practices the English method of keeving; the making of naturally sweet sparkling cider.

McCarroll also recommends ice ciders for your holidays gatherings. “The dessert beverage pairs really well with rich holiday foods, especially cheeses and sweets.”  A favorite has been Eden Specialty Cider. Not only is Eden growing 35 varieties of biodynamic apples, but those apples are being grown in our own “backyard” of Vermont. “Ice cider is domestic, it’s cool,  cheaper than most dessert wines, and is a real expression of harvest.” McCarroll says. Pair ice cider with apple pie, bread pudding, creme brulee, or enjoy it while munching on butter cookies! Ice cider also pairs very nicely with foie gras, duck or pork.

As the cold weather does make us want to drink something more fortified, wassail yourselves over to the namesake restaurant and bar in Manhattan’s Lower East Side. Located at 162 Orchard St. between Stanton and Rivington streets, Wassail offers 10 + ciders on tap along with an exceptional selection of ciders by the bottle. Their cider artistically curated selection is managed by beverage director Dan Pucci and changes regularly. The selection ranges from domestic ciders coming from Upstate New York and various other places from the Eastern United States as well as many ciders imported from France and Spain.  It is safe to assume though, that Pucci is an enthusiast of the local New York ciders. And, well, who can blame him?

Elisa began her career in Pastry at the Michelin starred Takashi in Chicago. Shortly after she earned a B.A.S. in Hospitality Mgmt specializing in Culinary Arts and Event Planning. In 2013 Elisa moved to New York City. While in New York, Elisa has lent her talents to several Michelin recognized restaurants while still making time to savor and imbibe.
Previous Postal Voting is wide open to abuse, endangering UK democracy
Next ISIS won’t check the SNP’s voting record