Halfway to the dream

Ideal home - only a few of us are living the dream. 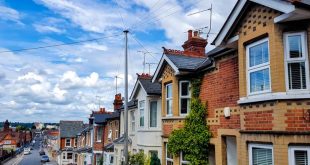 Getting a foot on the property ladder used to the first step to getting that dream home, but, sadly, few homeowners seem to be able to reach the higher rungs. Wherever the British lay their hats may be home, but few are living in their idea of heaven.

The study asked people to rate on a scale of one to 10 how emotionally attached they were to their home. The average rating was a middle-of-the-road 5.83, revealing that most homes in the UK are regarded as halfway houses that are neither loved or hated by their owners. Nearly two million – four per cent – said they had no emotional attachment to their property.

The study found that living in Wales or East Anglia means there may be a bigger chance of finding a dream home. These regions have the highest proportion of people – eight per cent – scoring their property as a perfect 10. Londoners are at the bottom of the scale with just three per cent giving their home top marks.

One suggested reason for the decline of the traditional  view of “house as home” is the fact that many property owners see the property they live in merely as a giant piggy bank or stepping stone that will lead to better things.

Stephen Leonard, director of mortgages at Alliance & Leicester, says, “It seems people are happy to move into a property that isn’t their ideal in order to move up the property ladder. More and more people seem to be looking for property on the basis of an investment, rather than buying their dream home.”

Despite the apparent low ratings, many homeowners expect to stay in their current property for a further 20 years or more. First-time buyers are the exception, on average expecting to stay put for just three years and four months.

Leonard adds, “It’s not just the house that we live in that we aspire to buy, it’s also the location. Some house buyers are also clearly willing to sacrifice a home with a large garden or open plan living area to live in a particular location.”

Previous Feng-shui your home
Next Routes to a good deal 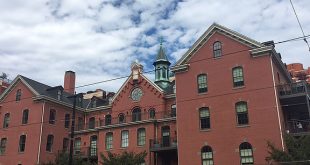