Backseat bullying is far more prevalent among men than women. 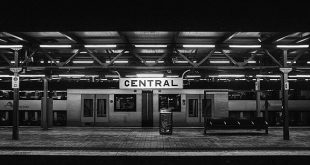 We all know that most men think they make better drivers than women and it is true there is one element of driving men certainly do better at and that’s backseat bullying. If they’re not burping, passing wind or telling the driver what gear they should be in, they’re fiddling with the radio and dictating the route.

For some reason men seem incapable of sitting back, relaxing and letting someone else drive, according to a poll by car insurance retailer Swinton. Instead, they insist on telling women how to drive and criticising their motoring abilities. It is hardly surprising then, that 69 per cent of all drivers (male and female) say men are the worst backseat bullies.

Among the most annoying habits of these controlling passengers, is breaking wind, burping, and fiddling with the volume controls on the car radio, according to the survey.

And if this isn’t bad enough to ruin the concentration of any driver, the poll suggests that male passengers adopt a raft of pester tactics to bully the driver to compensate for the fact that they have been removed from the dominant role of controlling a car. It seems that rendered powerless by not actually being able to sit in the driving seat, male passengers appear to do everything possible to interfere with the driver’s confidence. From telling them they are going the wrong way to poking fun at their steering, speed and music choice. Sound familiar? Well you are not alone as 69 per cent of the 2,000 motorists surveyed said men are worse passengers than women while 68 per cent said given the choice they preferred to travel with women passengers rather than men on long journeys. Even men think that other men make bad passengers as 43 per cent say that male passengers always advise the driver to use a different route or road. An annoying 33 per cent want to change the music, a further 84 per cent cannot resist fiddling with the air conditioning and an infuriating 46 per cent are unable to resist commenting on the speed of the car.  Conversely, it seems that women make much more laid back passengers as only 20 per cent of women drivers said their female passengers offer advice on which route or road to take. Furthermore, only five per cent insist on changing the driver’s choice of music, and just eight per cent of women passengers feel the need to fiddle with the climate controls. Not surprisingly, 68 per cent of male and female drivers said they would rather have a woman passenger than a man.

On a more serious note, the insurance retailer is flagging up the dangers of these dreadful driving companions by warning motorists that arguing with the driver could lead to points on their driving licence or, even worse, cause an accident. The Highway Code states that you must not drive without due care and attention and that you must avoid distractions such as arguing with passengers. Failure to do this could result in a Â£5,000 fine and up to nine penalty points. Head of insurer development at Swinton, Chris Collings, says: “Annoying passengers can be a real distraction and can cause drivers to lose concentration. Driving is difficult enough, especially in heavy traffic, without having an irritating backseat driver in tow.” 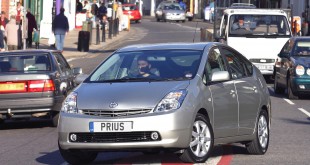