Wild boars run amok in the city of Genoa, as abandoned rural areas are ‘rewilded’

Crossing the Ponte Gerolamo Serra in the Italian city of Genoa, I spotted a small crowd clustered by the river wall. I approached, intrigued, and peered over the wall to discover the subject of their delight: a sounder of eight wild boars – the adults sheltering from the heat in the undergrowth, while the juveniles foraged among the foliage that grows in the river bed during the dry summer months.

In any other city, such a sight might have been surprising. But in Italy, and particularly in the region of Liguria (where Genoa is located), the population of wild boars has been increasing at such a rapid rate that these incidents are now common. Across the country, it’s estimated that the population has risen from 600,000 to 1m over the past decade.

But while wild boars may look comically out of place trotting about the city, it’s actually a natural result of the way people have migrated – and the wars they have fought – over the course of recent history.

A species native to Europe, the wild boar (or “cinghiale”, in Italian) largely disappeared from its historical territories during the 18th and 19th centuries. Their decline was widely attributed to the combined effects of habitat change, competition for space and resources and, of course, hunting.

Wild boars were a prized quarry, revered for their ferocity – and the danger involved in pursuing them. According to local folklore from the region of Liguria, the last truly wild boar was hunted and killed in 1814, in the province of Savona.

After an absence of more than a century, wild boar began to return to Liguria, and to the neighbouring region of Piedmont. A further influx occurred during World War I, when it’s believed that military activities in the south-east of France forced parts of the population back into Italy over the Alps.

Although hunting fraternities were quick to augment this fledgling population with wild boars transported from elsewhere, the return of the species was primarily due to natural causes. From the 1950s onwards, traditional agricultural practices were abandoned as more and more people moved from rural towns into the cities. This meant that large areas of formerly cultivated terraces and pastures were rapidly overgrown, fast becoming dense secondary woodlands.

This spontaneous “rewilding” has become a controversial issue in the region. Many conservationists and environmental organisations consider the region’s return to a “wild state” a success. But others believe that the encroaching wilderness signals a loss of traditional woodland knowledge and a reduction of biodiversity, associated with the pastures and meadows.

The province of Genoa is among the areas most densely populated by wild boar in Italy, with an estimated 25 boar per 10km². Rewilding processes have brought woodlands to the city limits, blurring the boundary between rural and urban areas. The species has expanded beyond the hinterlands, colonising highly urbanised, densely populated city spaces in Genoa, drawn by the abundance of food waste created by humans.

In 2009, the infamous boar Pierino made his home at Righi, on the outskirts of Genoa, where he was routinely fed with focaccia by enthusiasts. Today, a family of wild boar call the Albergo dei Poveri – a historical hostel for the Genoese poor in the city centre – their home.

But while their antics are often recorded and shared with glee on social media, the threats posed by the presence of wild animals has become a preoccupation for the city’s municipal administration.

Wild boar have been involved in a number of traffic accidents, and have proven to be particularly dangerous when with their young, attacking dogs and even people. The city council in Genoa has put forward many proposals to reduce the number of animals in the city, ranging from forced removals, to sterilisation, increased attention to waste disposal and approved hunts. About 90 wild boar were reportedly culled in 2018.

Needless to say, each of these measures has been hotly debated. Animal advocacy groups staunchly oppose the proposals, and sometimes obstruct the authorities’ attempts to take action, often sending patrols to care for the animals, and even give them names. But other residents are displeased with the animals’ presence in the city, and have consulted with the council on how to address the problems that they cause.

And so Genoa continues to grapple with thorny issues surrounding the presence of wild boar in the city, with the city authorities seeking to resolve a polemical issue that embroils the lives of animals and humans alike. So far, a collective, coherent and communally agreeable strategy has proven evasive; one that considers the need for public safety, hygiene and health with the ethical responsibilities towards to wild boar themselves.

Meanwhile, the animals themselves continue to lounge and forage beneath the Ponte Gerolamo Serra and elsewhere, bringing a little of the wilderness into the city.

This article is republished from The Conversation under a Creative Commons license. Read the original article.

Previous Resistance to Change
Next All behind you Theresa 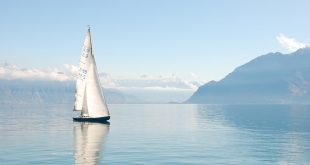 If you’re looking to get away in the summer, but are feeling guilty for taking …