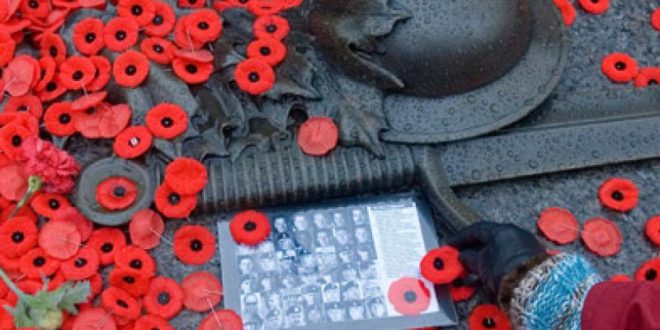 On the 11th minute of the 11th hour of the 11th day of the 11th month, 95 years ago today, the Great War, the first “world war” ended with Germany’s surrender to Allied British, American and French forces. It was a war that, despite being bloody, was just to defeat the Kaiser’s greed. The horrors of this war, and of the Kaiser’s greed, envy & hubris are still being felt today.

Almost every war, every totalitarian radical ideology that shaped the world’s bloodiest century have its roots in the Great War. From Communism to Nazism to even the problems in the Middle East today, radicalism became unleashed when WWI opened up Pandora’s box on humanity. Much of the west’s cultural potential further died on the blood soaked fields of northern France almost 100 years ago. A lost generation we will never get back.

So on this Remembrance day, when you thank a veteran of a foreign war for his or her service, do not forget the reason they were likely in a foreign war in the first place was because of the Great War. The war that ended 95 years ago today was not the “war to end all wars” it was the war that ended all peace.

Ted is the co-founder and editor of the Daily Globe. He is a long-time blogger on British politics and has written a thesis on Thatcherism.
Previous Socialism is Magic! Tell me lies, tell me sweet little lies.
Next Give me that Old Time Modern Religion: The prevalence of the 20th Century Church of Socialism and its Faithful and Zealous Congregation.