The American Civil War was a battle that had been waiting to happen ever since the United States was founded. All men were created equal, but some of them were slaves. Did this mean that the founding fathers didn’t consider these slaves to be human beings at all?

The United States was almost wholly admirable. It had a constitution that can still be admired more than two centuries later. It was when it began the most democratic and most free country in the world. The American Revolution involved battles fought between Britain and the Colonists, but neither Britain nor America descended into chaos. There was no terror as there would later be in France. But there were questions that were unresolved. Who was an American? What was a state?

By the nineteenth century it was already becoming clear that slavery was a far less effective way of working than paying wages. The states above the Mason Dixon line were more prosperous, more industrialised and much richer. Slavery might have been economically effective when the South was first colonised, but it was no longer working either economically or morally. It became ever more impossible to reconcile the ideals of the United States with the reality. The problem was what was to be done with the slaves.

Abolitionists from the North would write about slavery but the North in general was as racist as the South if not more so. The people of the northern states didn’t want a mass movement of freed slaves to move north and the South didn’t know how to live with people it had enslaved for centuries. It neither had the economic model to pay them nor did it want to live with them as equals. Even if the slaves were people, they were not yet Americans. Few, North of South were ready to treat slaves as equals and as fellow citizens.

By mid-century everyone with any sense knew that slavery could not last. The Atlantic slave trade had been abolished, but could America reconcile itself to the fact that it had imported millions of people against their will and could it live with these people as fellow citizens?

To this question was added, who had authority in the United States. The state or the federal government. While the ultimate cause of the Civil War was slavery, the immediate cause was the question of states’ rights and the will of the majority.

Did South Carolina have the right to secede from the Union? Well this depended on how we thought of South Carolina. Was it a sovereign state that had happened to join a collection of other sovereign states called the United States, or was the United States a single indivisible nation state that had parts with a certain degree of freedom, but which had to accept the will of the majority? This issue is still pertinent in Scotland and in Spain.

The South wanted to deal with the issue of slavery in its own way without northern interference. It probably would eventually have dealt with the issue in the same way that it actually did after Reconstruction. Slaves were freed after the war, but their equality was in name only. This is how America really freed its slaves.

Lincoln did not set out to free any slaves when the war began. If the war had ended quickly, they might even have remained enslaved for a few more decades. But the war did not essentially change how Americans viewed their former slaves.

But in every other respect South Carolina won the Civil War. The solution to the problem of slavery was such that white southerners were more or less content. An economic model was found whereby former slaves were paid but paid little. They were citizens but had almost no power. They had rights in theory, but not in practice. The South kept winning the Civil War for more than one hundred years until the 1960s. At this point indeed the fight really began for the first time.

Throughout the late nineteenth century and early twentieth black people in the United States did not have equality of opportunity. They met racism in the South, but things didn’t get much better if they decided to move North or West. They were banned from playing professional sports with white people. They rarely appeared in films other than as servants. It was unimaginable that a black person could be a Supreme Court judge or the President of the United States. In many states there were laws preventing white people and black people from marrying. They might as well have been living in South Africa.

The Civil Rights revolution changed everything but did so from the perspective that we should ignore race. What mattered was the content of a person’s character not his skin colour. I think it was this that meant that for the first time in American history there was a critical mass of the American population that began to realise that the way black people had been treated was unfair and un-American.

Equality of opportunity has meant that black people in the fifty years since the Civil Rights movement have been able to achieve a degree of success that is startling compared to what went before. Every job imaginable is now done by black people on merit. All American citizens have embraced equality of opportunity for everyone because they see that it benefits them too. It doesn’t matter where you come from you have a chance to reach the top.

But just as success has been won, the Left has decided that it wants more. Gradually the Liberal Left has not been satisfied with mere equality of opportunity. It wants equality of outcome and is willing to give preferential treatment to certain races to achieve it.

There was a brief moment when it looked as if the Civil War might finally have been won. All Americans might finally see each other as fellow citizens. But the Left perversely thinks that some citizens are more equal than other citizens and they have to have rights that most Americans don’t have. Gradually with carefully correct steps the Left has turned Martin Luther King’s dream into a racial nightmare. It did this by refighting the Civil War only this time it was called a Culture war.

As everything with the Left it happened gradually.

This post was originally published by the author on her personal blog: https://www.effiedeans.com/2019/10/the-american-disease-part-4-history.html

Effie Deans is a pro UK blogger who works at the University of Aberdeen. She spent many years living in Russia and the Soviet Union, but came home to Scotland so as to enjoy living in a multi-party democracy! When not occupied with Scottish politics she writes fiction and thinks about theology, philosophy and Russian literature.
Previous Environmentalism in the EU
Next Take the Conservative route and Back Boris 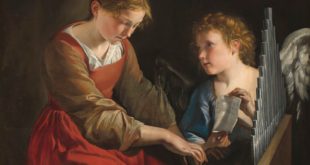